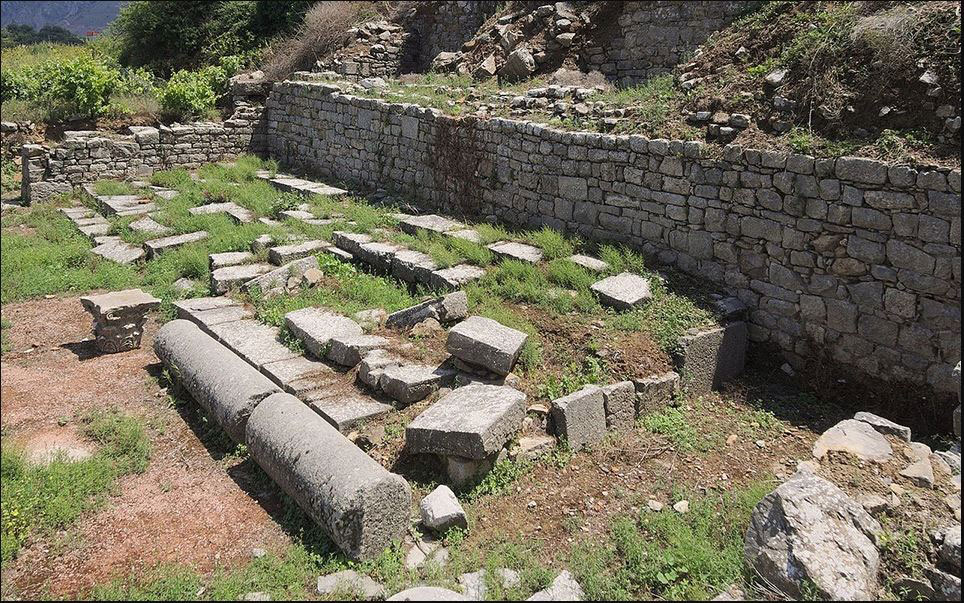 Excavations are beginning in ancient Lyttos

A city perhaps even greater than Knossos

For the first time in almost 40 years, new excavations are starting today in ancient Lyttos or Lyktos of Heraklion ‒ a city that for many archaeologists could upstage Knossos in the future.

Evans himself wanted to dig in the area but this never happened and the last time systematic excavations took place was in the early 1980s.

Now excavations are beginning as part of a major Greek-American project.

Excavations in the region will last a month, as part of a five-year programme. It is a collaboration between the Princeton Institute for Advanced Studies and New York University with an international team of 15 archaeologists and archaeology students from various universities.

During the Minoan era the city of Lyktos, or Lyttos, perhaps the oldest city of Crete, had a dominant presence in eastern Crete, in fact Lyktos took part with an army in the Trojan War. As can be seen from excavation data and many inscriptions, Lyktos also distinguished itself during the Roman period. More modern excavations at the Acropolis of Smari, with finds from the Middle Minoan era onwards, confirm the important role of the area since very ancient times.

The directors of the excavation are Mr. Angelos Chaniotis, from Princeton, and Mr. Antonis Kotsonas, from New York, in collaboration with Mrs. Vasso Sythiakaki, curator of Heraklion Antiquities.

Mr. Chaniotis explains that since the site is large, the excavations will start in three areas with two citadels, many cemeteries and a wall.

Archaeologists will focus on three spots: a public building- bouleuterion/court house excavated in the early 1980s by George Rethemiotakis, a public building of the Archaic or Classical period, and a Byzantine basilica.

Mr. Chaniotis says that if Evans had gone ahead with excavations in Lyttos we would have had a different picture of Cretan archaeology.

“We have chosen three sites, representing three different historical periods: as we know from Plutarch and Polybius, the Archaic / Classical period was the most important one in Crete, the island’s Roman period still remains relatively unknown, and data from Gortyna and Eleftherna give us most information on the Early Byzantine period “, explains Mr. Chaniotis.

Mr. Chaniotis notes that the research aims not only to shed light on Lyttos but on the whole of Cretan history.

“The history of Crete is a history of continuity, it does not stop at the Minoan civilization”, he says and explains that we can see the transition from antiquity to Byzantium, then to Venetian rule down to our times.