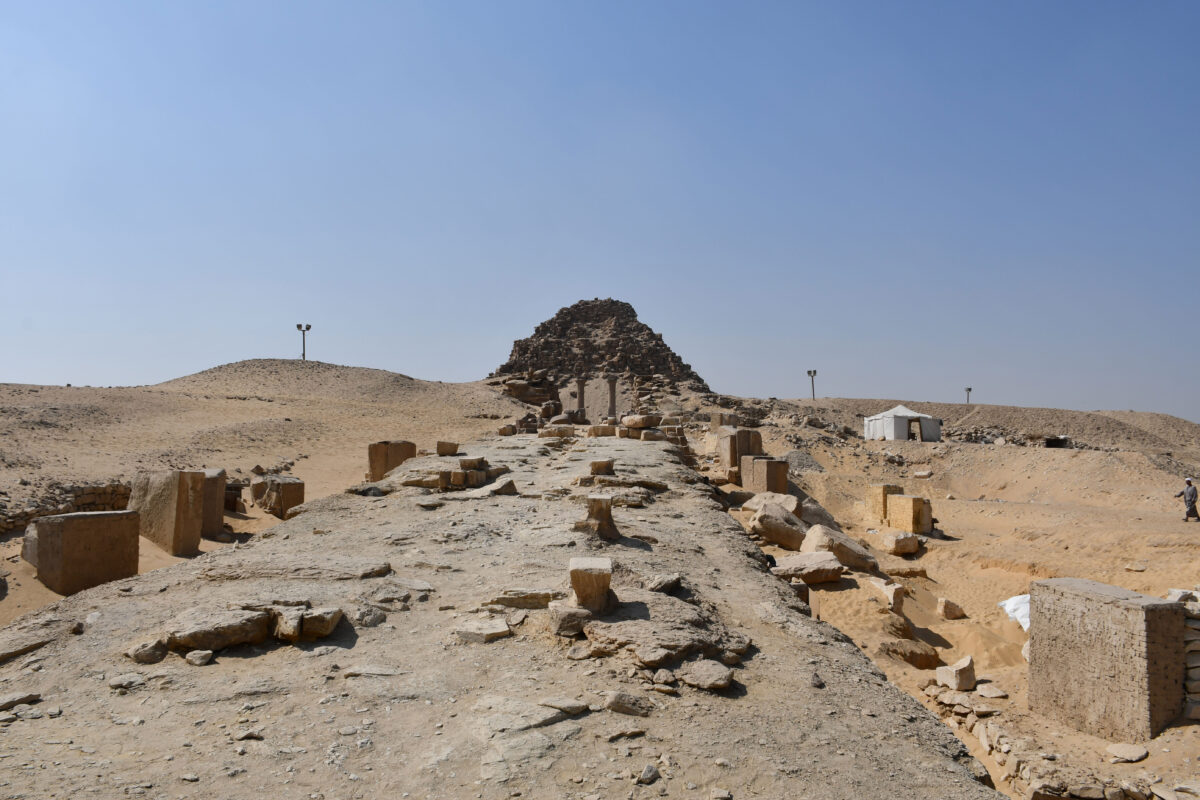 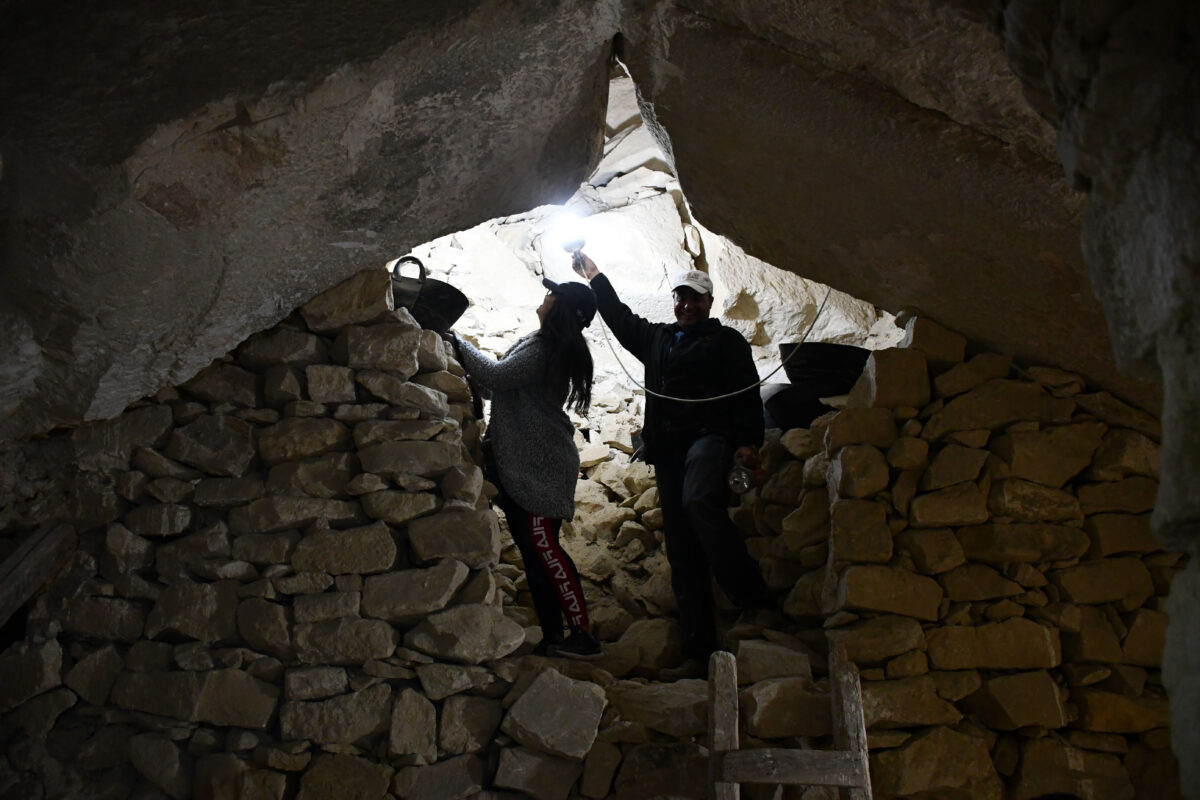 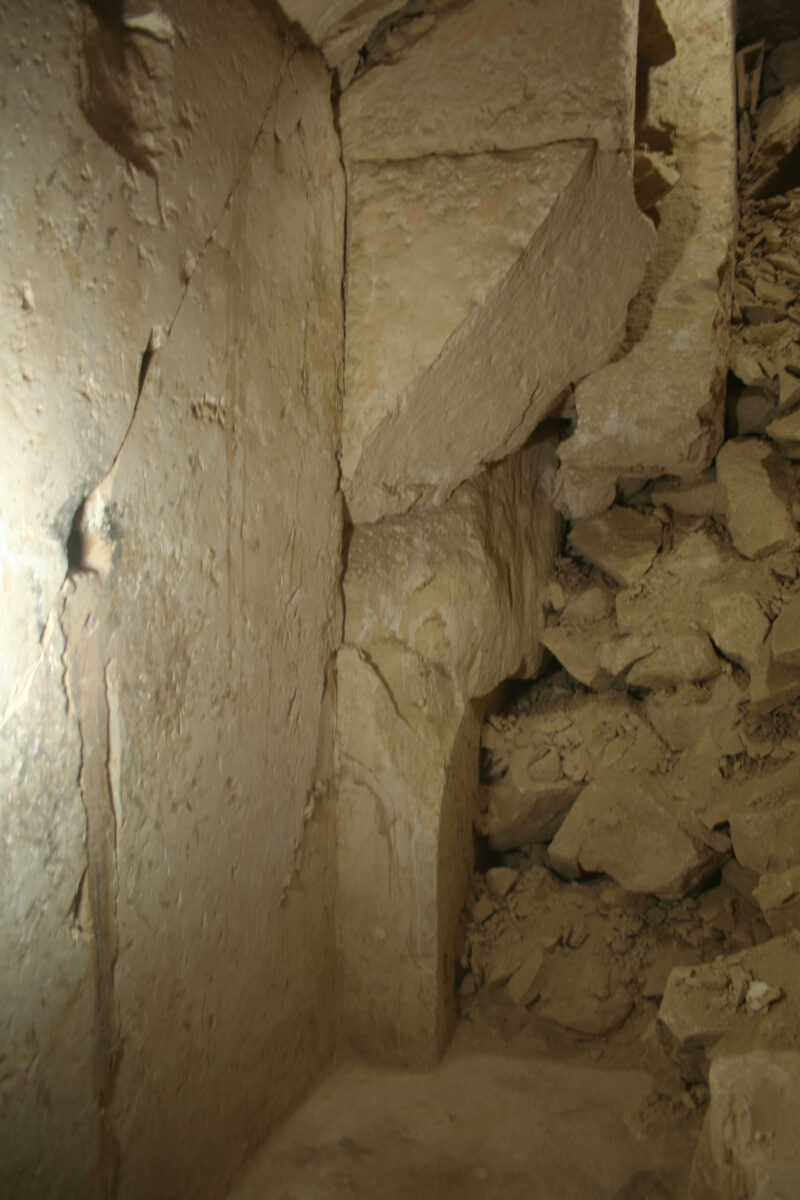 The Pyramid Complex of Pharaoh Sahura Has Been Restored

Revealing that the pharaoh's burial chamber still lies unexplored and does not identify to the room known as such till now.

The Pyramid Complex of Pharaoh Sahura has been restored through a major project funded by the Antiquities Endowment Fund (AEF) of the American Research Centre in Egypt (ARCE) since 2019.

The pyramid of Sahura, the second Pharaoh of the 5th Dynasty (Old Kingdom), was first investigated by John Perring, who was the only one who was able to break off and clean the entrance as well as the descending access passage. The burial chamber was very badly damaged by the stonecutters, and it is not even clear if it is comprised of one or two rooms. Perring found a single fragment of basalt, thinking that it belonged to the king’s sarcophagus. Interestingly, in the northeastern part of the eastern wall of the burial chamber, Perring discovered a low passageway, indicated as “C” on his plan. He suggested that this could lead to a magazine area, however, the corridor was full of rubble or waste and he did not attempt to entre it. Due to the bad state of preservation in the interior compartment of the pyramid, precise reconstruction of the substructure‘s plan was impossible.

The next expert to work at Abusir, Ludwig Borchardt (in 1907-1908), relied on the interior design of the pyramids of 5th Dynasty kings Neferirkara and Niuserra, but without considering that, as that the pyramid of Sahura was the first pyramid to be built in Abusir, its design may differ. In his plan and description in the publication Das Grabdenkmal des Königs Sahu-Re, Borchardt illogically skipped passage “C” on the eastern wall of the burial chamber as it was located on Perring’s plan. Finally, in their publication of the pyramid during the ’60s, Vito Maragioglio and Celeste Rinaldi also chose to rely on Borchardt’s plans in their publication.

The major focus of the work was on cleaning the interior rooms as well as consolidating and restoring the pyramid substructure in order to prevent further collapse and to protect the pyramid.

Thanks to the AEF fund, the team led by Mohamed Ismail Khaled was able to clear the substructure compartments of the falling stones and reach the original floor. Traces of the original mortar as well as masonry marks were still visible on the floor of the room designated (at least up to now) as the burial chamber; this helped to detect the location of the destroyed walls of the room (except for the eastern part of the northern wall, which was entirely intact). The team has also managed to reconstruct new walls simulating the original walls using the fallen blocks and completing the missing parts with smoothened white limestone blocks.

On the western side of the room, the team also observed that more blocks were rolling down from this side of the room and unlocked a new area about 7 metres to the west, which had not been visible or explored before. This new area confirmed the theory of the existence of an undiscovered and unexcavated burial chamber. Therefore, after completing the cleaning of the room, it became evident that most of the scholars who believed this room to be the burial chamber were mistaken and that it is in fact an antechamber. The original burial chamber is located to the west and has never been investigated (image 2.).

By cleaning the eastern wall, traces of the passageway were found (image 3). This important discovery proved that Perring was right in his opinion, and consequently, the team had to put aside the plans of both Borchardt and Maragioglio/Rinaldi and follow Perring’s plan because it was closer to the truth and reality.

The northern wall of the passageway is the only surviving part of it and extends 1.30 m to the east. Unfortunately, the passageway’s south wall was destroyed, however, traces of the original mortar and masonry marks were still visible on the floor; this helped to determine the width of the passageway, i.e. 0.90 metres to the south. The location of the passage is very confusing, as it is very close to the NE corner of the antechamber, and is not located in the middle of the eastern wall.

As the work continued to the east by the end of the northern wall of the passageway, another interesting observation came to light: that a new wall extending to the north confirms the existence of the storerooms in the eastern side of the pyramid. The team was able to enter the area of the storerooms and has managed to clean, restore and discover several small magazines with parts of their original walls which are still in situ, however, traces of manmade destruction were very clear. Therefore, and thanks to the AEF fund, immediate restoration work has been carried out.

With the help of the AEF, proper documentation was initiated as well as a detailed archaeological map, on which all the locations of the discovered compartments and artifacts in situ were documented. A geodetic survey and 3D scanning were carried out on the substructure of the pyramid. Additionally, terrestrial photogrammetry was executed for the discovered rooms and storerooms in the substructure of the pyramid, as well as the enclosure walls. Three-dimensional photogrammetric models of the antechamber were generated in order to obtain the precise measurements and rectified images.