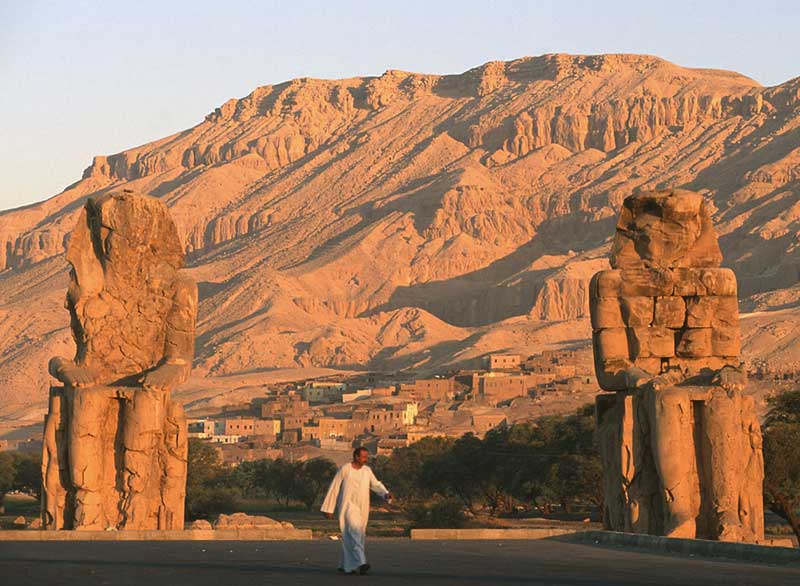 Total makeover for Colossi of Luxor

Restoration of the two statues of Memnon to go ahead

In collaboration with the European archaeological mission, the Supreme Council of Antiquities (SCA) is undertaking a comprehensive project to restore the colossi of Memnon on Luxor’s west bank.

The project aims to return the 19.5 meters tall colossi to their original appearance when the New Kingdom’s King Amenhotep III built them to decorate the façade of his mortuary temple.

SCA secretary-general Mostafa Amin told Ahram Online that the restoration would also return all the missing pieces of the colossi, collapsed during the Roman period, to their original positions.

Amin went on to say that the bodies of both colossi would be consolidated, as well as two Amenhotep III’s statues that were unearthed last year by the European archaeological mission, which has been working at the site for more than ten years.

In 27 BC, a large earthquake reportedly shattered the eastern colossus, collapsing it from the waist up and cracking the lower half. Following its rupture, the remaining lower half of the statue was then reputed to “sing” on various occasions – always within an hour or two of sunrise, usually right at dawn. The sound was most often reported in February or March, but this is probably more a reflection of the tourist season rather than any actual pattern.