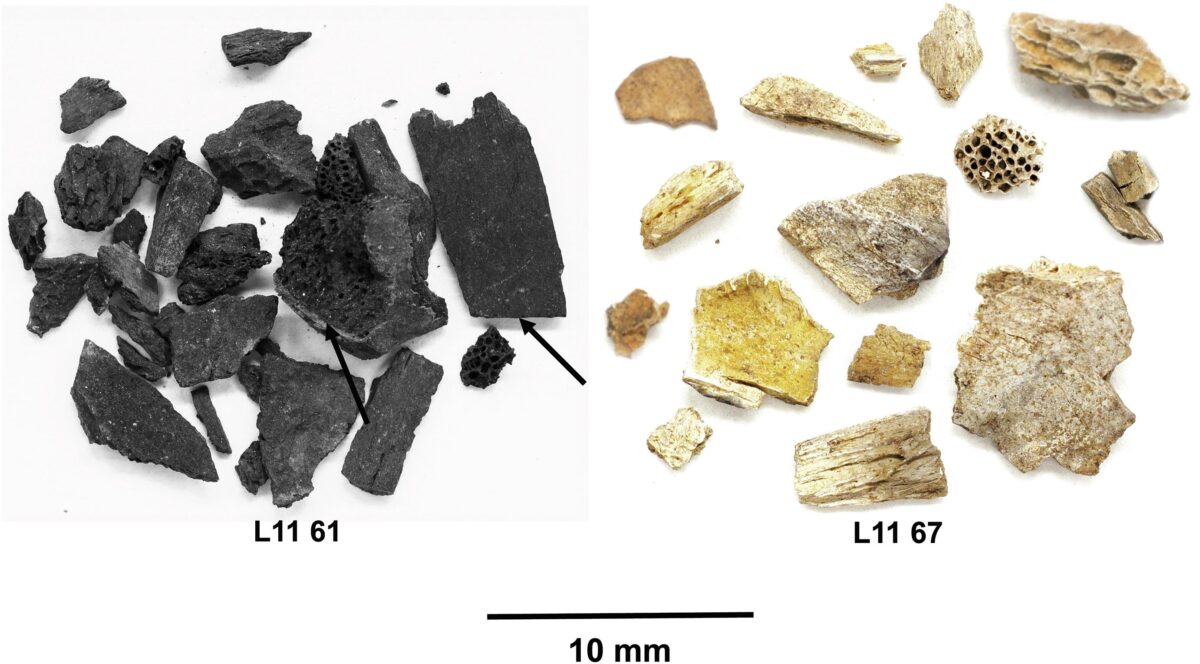 Different groups of hominins probably learned from one another much earlier than was previously thought, and that knowledge was also distributed much further. A study by archaeologists at Leiden University on the use of fire shows that 400,000 years ago knowledge and skills must already have been exchanged via social networks. The discovery was published in leading scientific journal PNAS on 19 July.

‘To date it was always thought that cultural diffusion actually started only 70,000 years ago when modern humans, Homo sapiens, started to disperse. But the record for the use of fire now seems to show that this happened much earlier,’ archaeologist and researcher Katharine MacDonald explains.

Together with Wil Roebroeks, professor of the Evolution of the Human Niche, archaeologist Fulco Scherjon, research master’s student Eva van Veen, and Krist Vaesen, associate professor in the Philosophy of Innovation at Eindhoven University of Technology, MacDonald conducted research on the traces of fire made by hominins at archaeological sites in various places throughout the world. ‘We started to look differently at the data from decades of archaeological research.’

At many of those sites – in Israel and in Africa, Europe and possibly also China – the researchers found comparable traces, or combinations of traces, such as charcoal, carbonised bones and stones that had been subjected to heat. ‘We don’t think that these similarities could be caused because early predecessors of humans themselves travelled great distances, or that they developed particular techniques separately from one another, for example because the human brain underwent sudden growth. There are no indications at all for that,’ MacDonald explains. The only other possibility is that different groups of hominins passed on these techniques and knowledge of raw materials to one another, and that primitive social networks must have existed.

The theory of the research team is supported by archaeological finds of a particular type of stone tool from a somewhat later period. These tools made using what is known as the Levallois technique pop up during a very short period in an increasing number of places in the Old World. There are also genetic traces that show that different hominin populations must have been in contact with one another.

The researchers looked not only at archaeological evidence for the spread of the use of fire, but also at what is needed to exchange such knowledge. They therefore needed to know in what ways particular types of hominins could have been in social contact with one another. MacDonald: ‘It became a strongly interdisciplinary study. Besides archaeological data, we also integrated knowledge from anthropology, primatology and the social sciences. That’s something I’m very proud of.’

‘Exciting and at the same time terrifying,’ is how MacDonald describes the publication of the research findings in scientific journal PNAS. ‘We worked on the article for a year and a half; it was completely rewritten twice and we shared it with just a couple of colleagues. But now the whole world can read it and there will no doubt be people who don’t agree with us.’

Still, she hopes that the article will lead to new questions in archaeology and other scientific disciplines. For MacDonald, the most important question is: what was it that made widespread cultural diffusion possible 400,000 years ago? ‘I hope we can change the discussion surrounding fire use by hominins. That we look more at what the use of fire meant for human development and how that related to social change.’