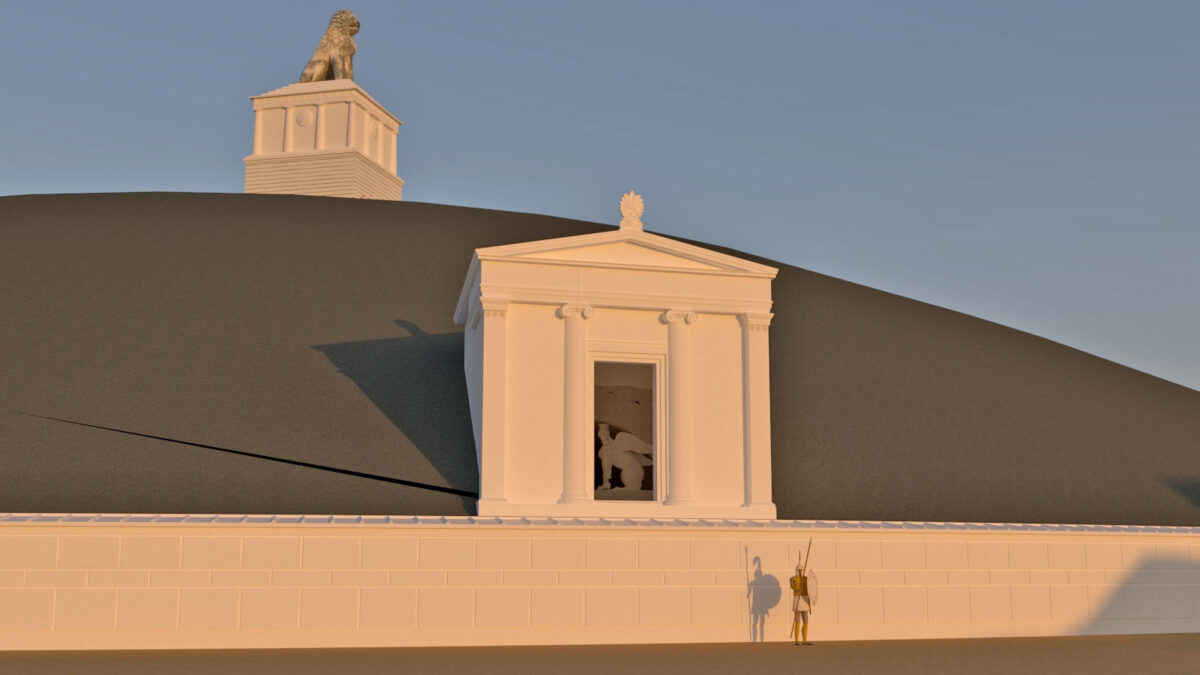 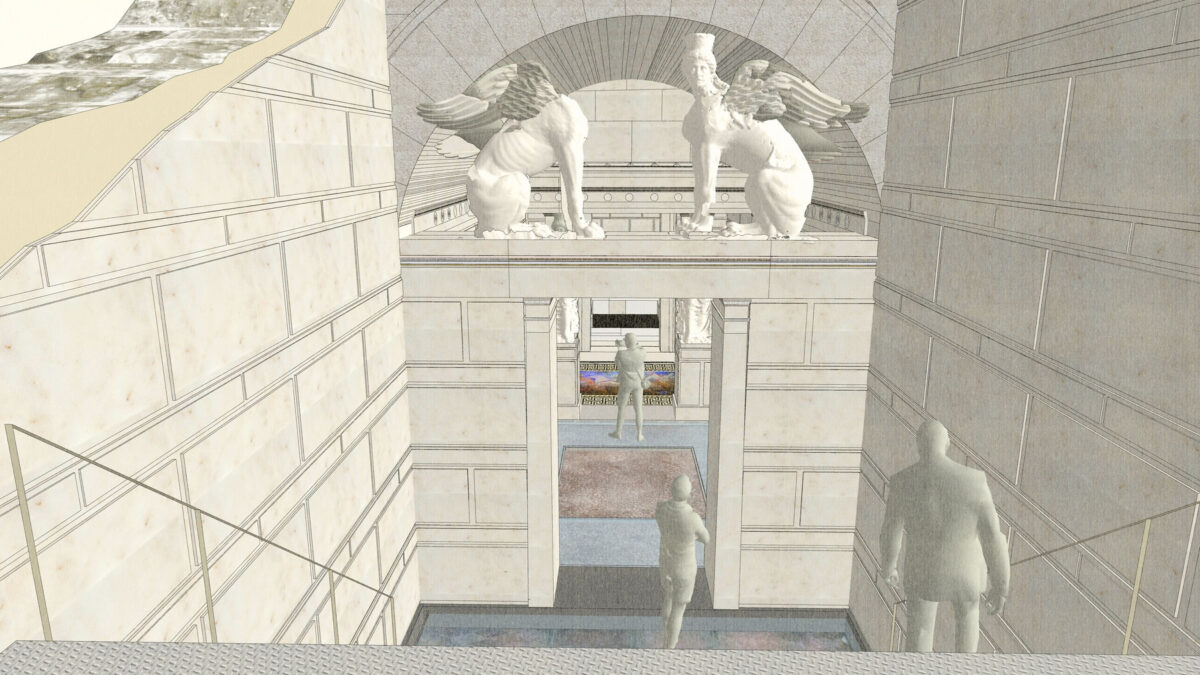 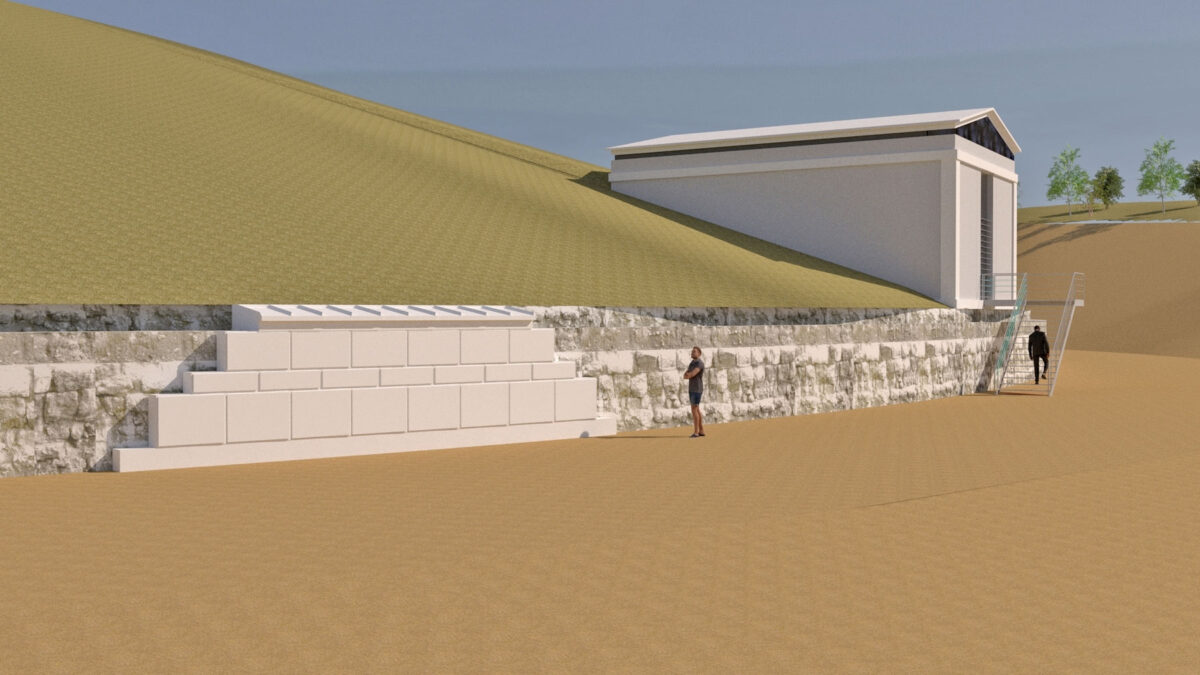 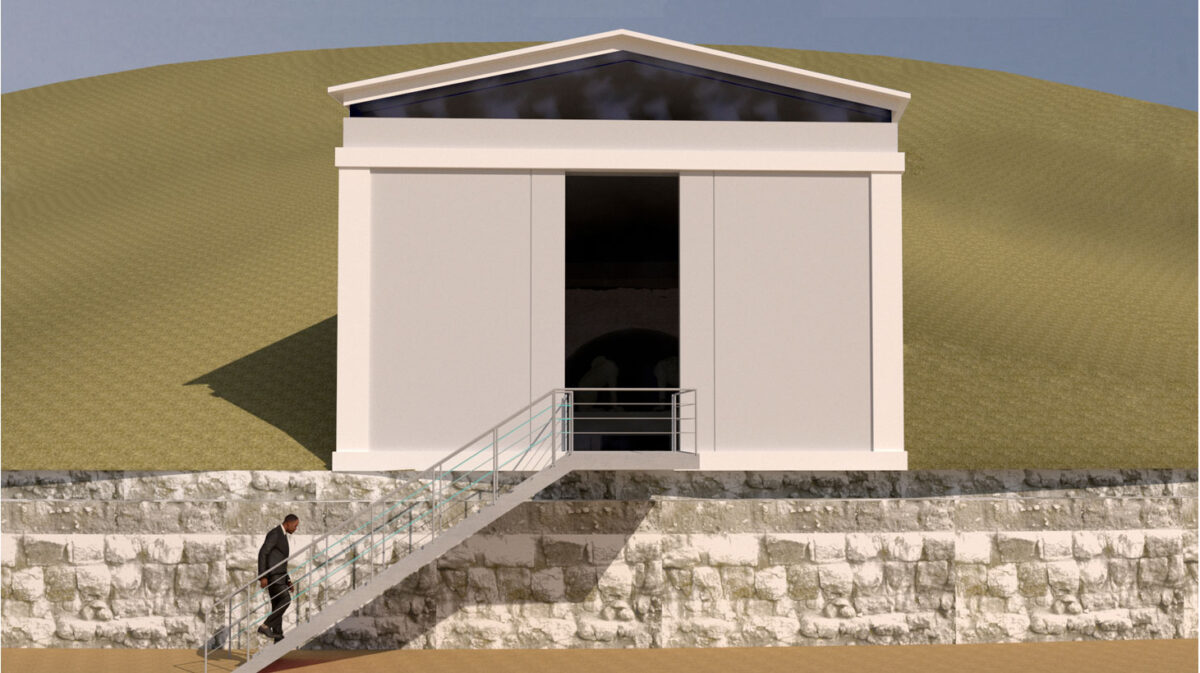 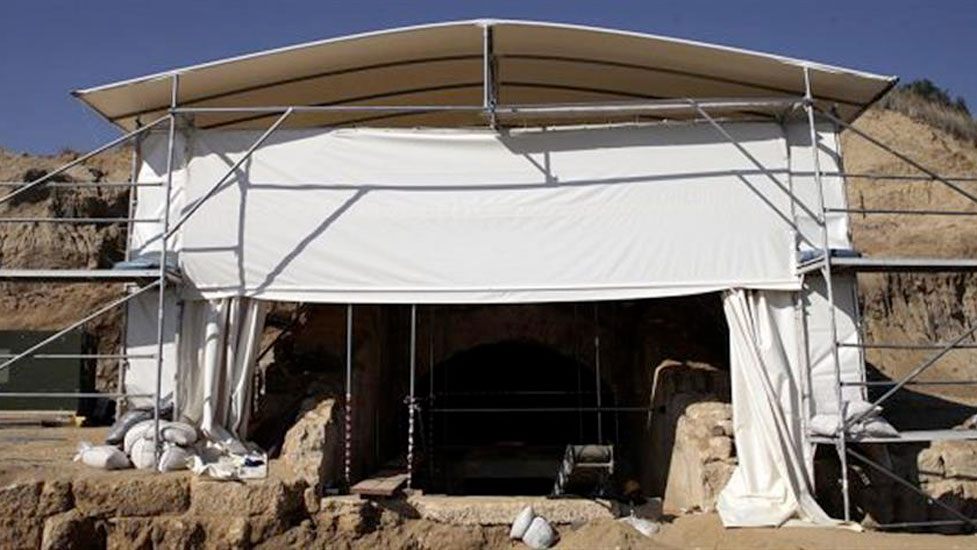 Regarding the construction of an outer shell and the visitors’ routes

The Central Archaeological Council (CAC) unanimously approved the following preliminary architectural designs for the burial monument of the Kasta tomb in Amphipolis: the outer shell for Site 1 between the enclosure and the first partition wall decorated with the sculptures of the Sphinxes, the preliminary study for the enhancement of the monument’s surrounding area and the visitors’ routes in the archaeological site. The studies are a further development of the Kasta Tomb’s approved architectural study from December 2019.

As Minister of Culture and Sports Lina Mendoni stated: “The works on the burial monument at the Kasta mound are proceeding systematically and methodically. At our last inspection of the monument in June, we had announced that the architectural studies were to be submitted for approval by the CAC by the end of August. We are swiftly making up for any delays caused in the course of the project due to the pandemic, so that the monument can be visited by certain groups of the public from 2022″.

The construction of the outer shell of the monument aims to:

-Permanently protect this site from humidity and outdoor weather conditions since its porch and roof have not survived and its walls have fragile coatings and colors. The Sphinxes sculptures must be protected for the same reasons.

-Ensure stable conditions of temperature and humidity by an additional electromechanical installation for the entire burial monument, including the lighting and air conditioning of the spaces.

The shell was designed with completely abstract architectural features to relate to the geometry and dimensions of the ancient portico, without copying it. The goal is to make it fit in harmoniously with the monumental complex, while fulfilling functional needs such as its accessibility to visitors and the possibility of viewing it properly.

The work also ensures accessibility to the disabled by providing a route from the entrance of the archaeological site to the entrance of the burial monument. A special mechanism for a small lift will be installed there, next to the outside metal stairway.

Inside the monument, raised tiered floors are being made for accessing the glass floor that will cover the pebble floor of Site 1, while in Site 2 a perimetric corridor will be constructed with a glass floor for viewing the Caryatids and the third site with the mosaic of the “Abduction of Persephone”.

The secondary route will lead to the top of the mound, where the Iron Age burials that precede the mound are to be found and part of the foundation of the burial monument on the top. At the end of the route, the layout of the circular marble enclosure will be visible from above, as well as the entire greater area, Paggaio, Strymon, the limits of the drained Kerkinitis lake and Amphipolis itself. Both routes will be constructed as beaten earth paths and cordoned off when required.

The studies were prepared by Dr Michalis Lefantzis, architect/civil Engineer of the Ministry of Culture, head of Archaeological Works and Studies at the Ephorate of the City of Athens, researcher/supervisor of the monument’s restoration work and member of the mound’s excavation team.

To see the video of the architectural study’s presentation press here.