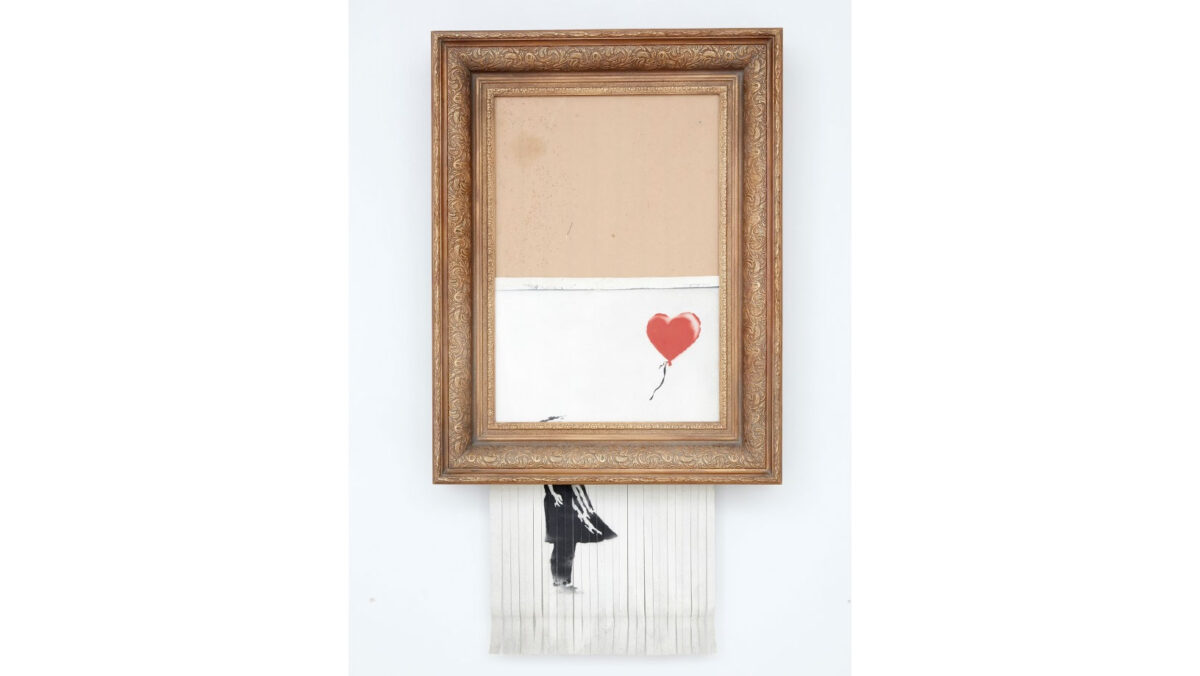 “Girl with balloon” goes to auction once again

Sotheby’s auction house announced that the painting by British artist Banksy, whose self shredding while at auction in 2018 caused a sensation, is again up for sale in London on October 14.

“Girl with balloon”, which has been renamed “Love is in the Bin”, is estimated to fetch between £4-6m, said the house’s press release. The price is four to six times higher than that paid by the work’s first buyer, a woman collector, who remains anonymous and is preparing to make a very advantageous sale.

At the time, seconds after it was sold, a document shredder hidden under the frame destroyed the bottom half of the painting showing a baby girl holding a red heart-shaped balloon. At the end of happening, the only thing left was the balloon on a white background.

With this happening that stunned the art circles, the elusive street artist wanted to denounce the “commercialization” of the art market. Sotheby’s then spoke of the most spectacular artistic happening of the 21st century, placing it in the “legacy of anti-systemic art that began with the Dada movement and Marcel Duchamp”.

“That surreal night three years ago, I accidentally became the privileged owner of ‘Love is in the bin'” the collector recalls. “But now it is time to part with each other”.

Before that auction, the graffiti art work “Girl with the Balloon”, painted in 2002 on a wall in south London, was considered a favourite of the British people.

Since that happening, Banksy’s works have fetched record prices at auctions. Last March, “Game Changer”, a work in honor of the nursing staff in the pandemic, sold at Christies  for £16.75m.