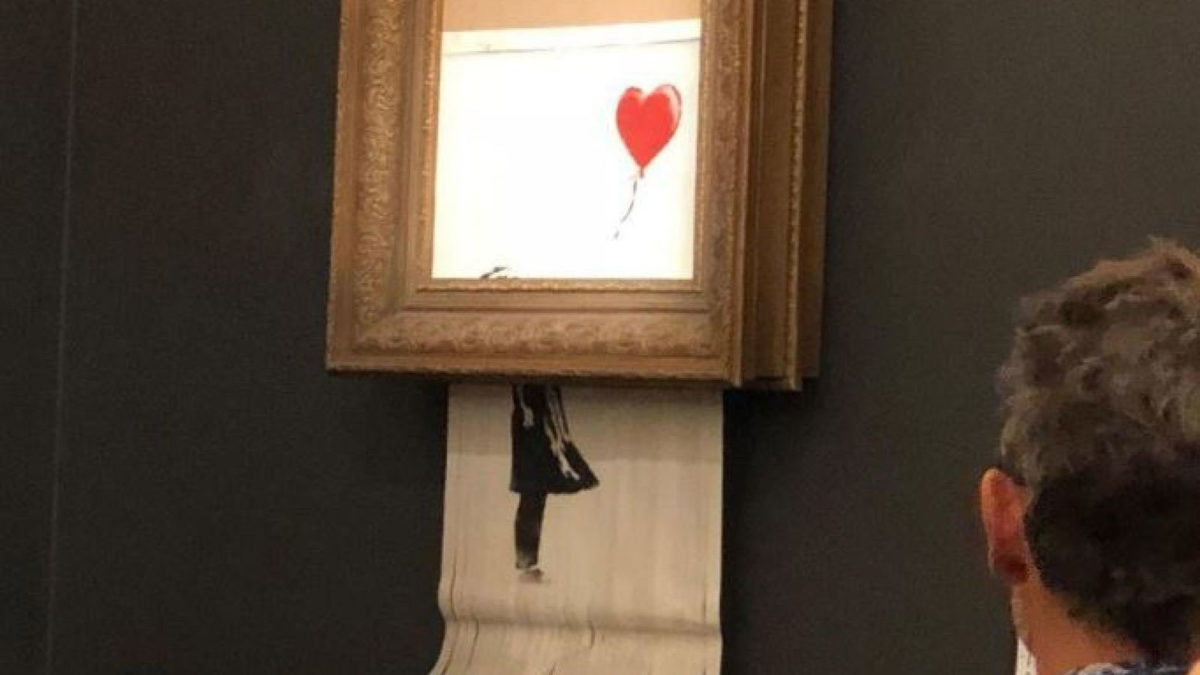 €1.18 million for the self-destructed work by Banksy

The woman who last week bought the work by enigmatic artist Banksy valued at €1.18 million and which self-destructed immediately after it was auctioned in London, has confirmed she will pay Sotheby’s auction house the price for the work.

The “Girl with Balloon” was in fact torn into strips by a paper shredder attached by the artist to the back of the frame, but these pieces of the painting are now considered as a new work that Banksy himself has named “Love is in the Bin.”

The woman who purchased the work is a European collector who has collaborated with the auction house for a long time, announced Sotheby’s which avoided disclosing her identity.

“When the hammer sounded the last act of the painting’s auction last week, I was initially stunned as I gradually started to realize that a landmark in art history had just become mine,” said the collector herself according to Sotheby’s. The latter also added that Banksy’s “rechristened” work will be on show to the public at the end of next week at Sotheby’s headquarters in New Bond Street, London.

Sotheby’s underlines that “Banksy’s unexpected performance was instantly transformed into a unique event in global art history which we believe was the first time a new art work was created during an auction.”

The British media estimate that with Banksy’s “colpo grosso”, the work’s value has doubled in the world art market due precisely to the surprise caused by its self destruction.