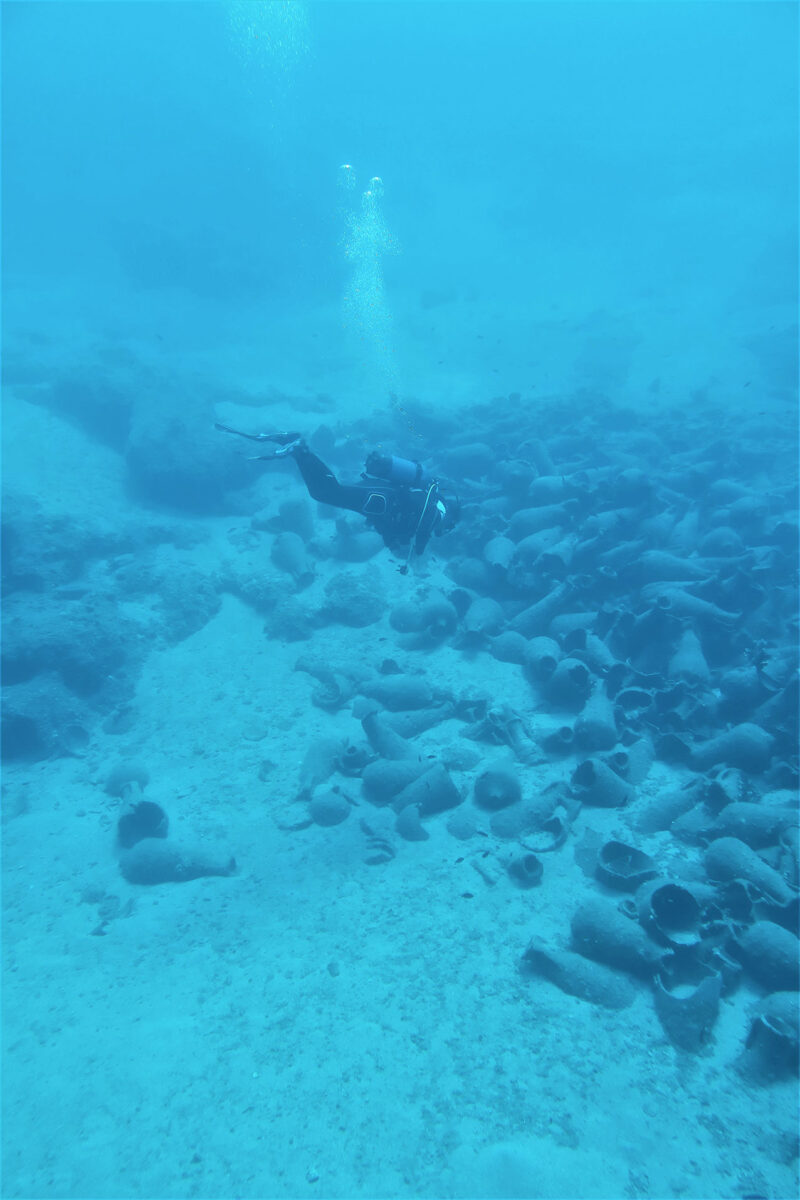 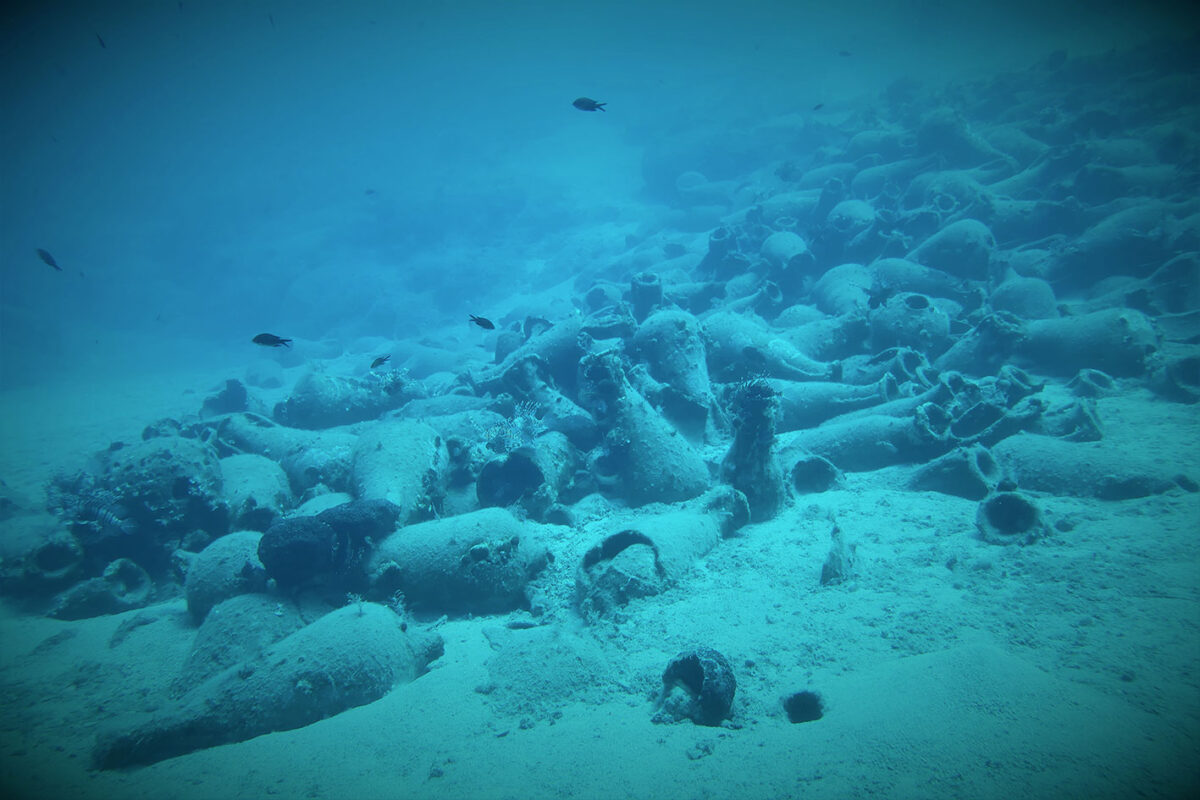 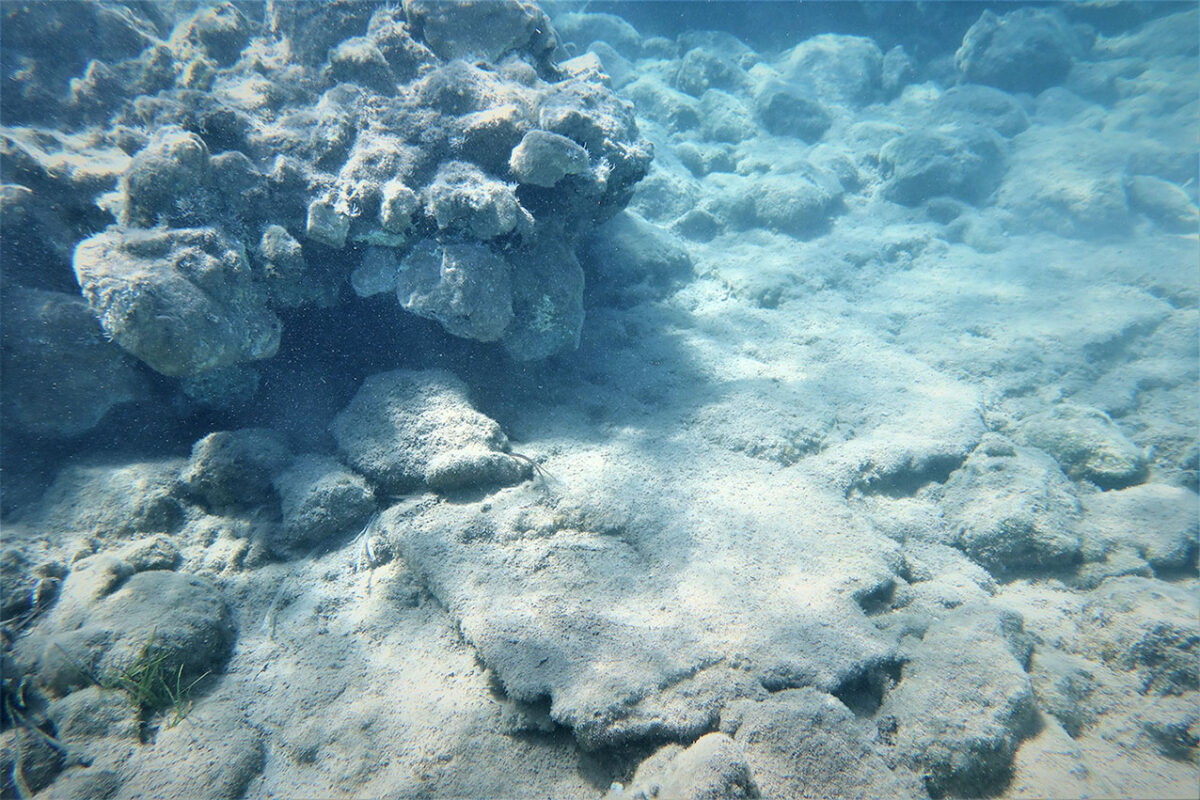 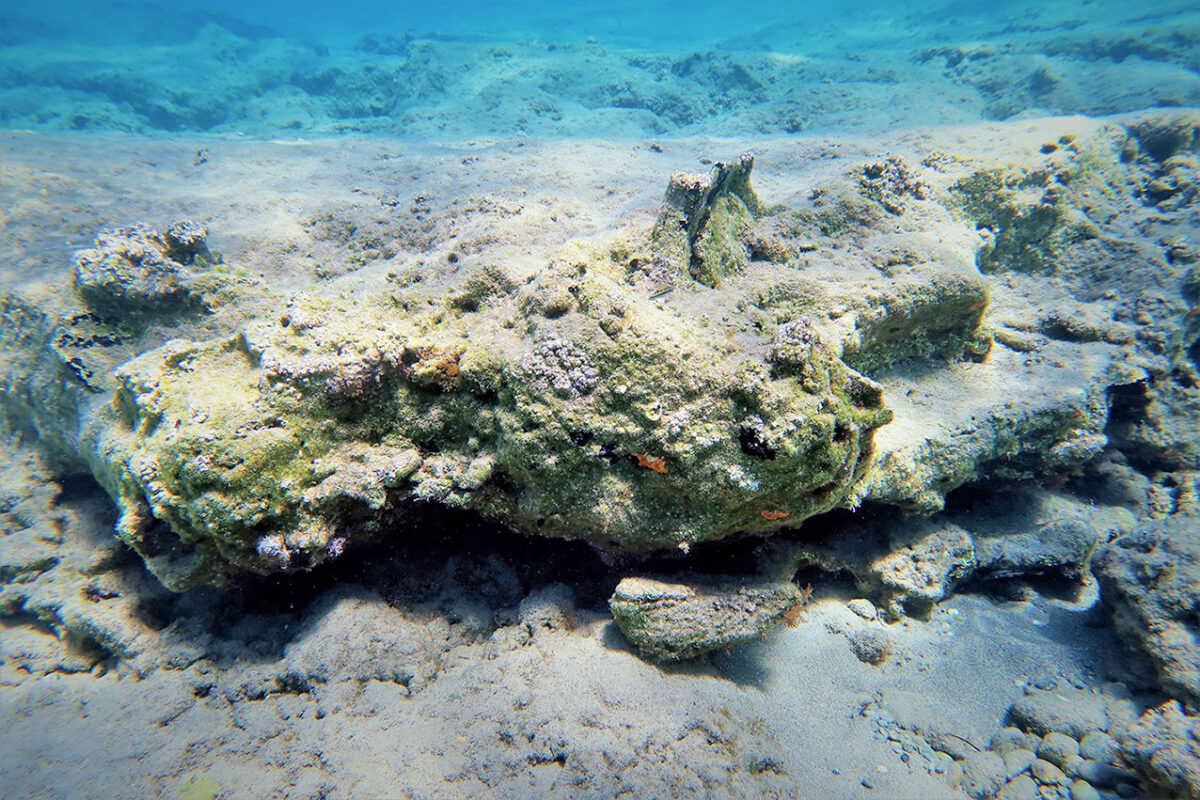 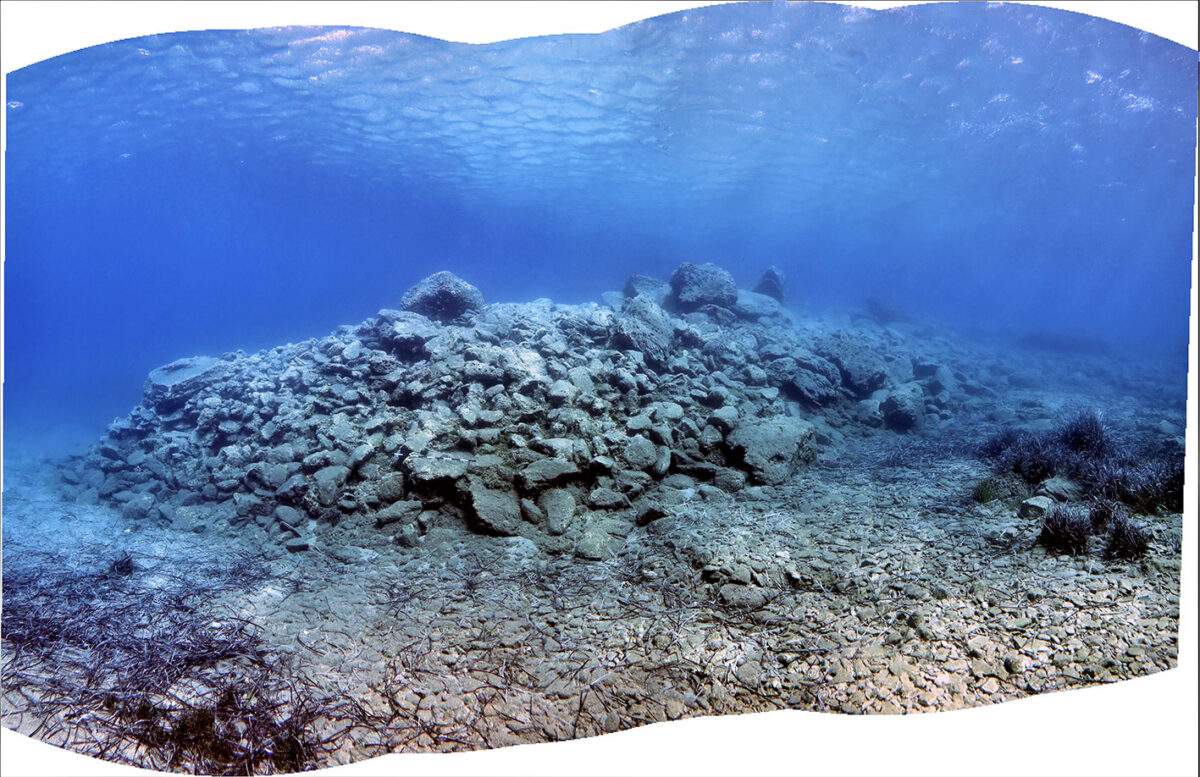 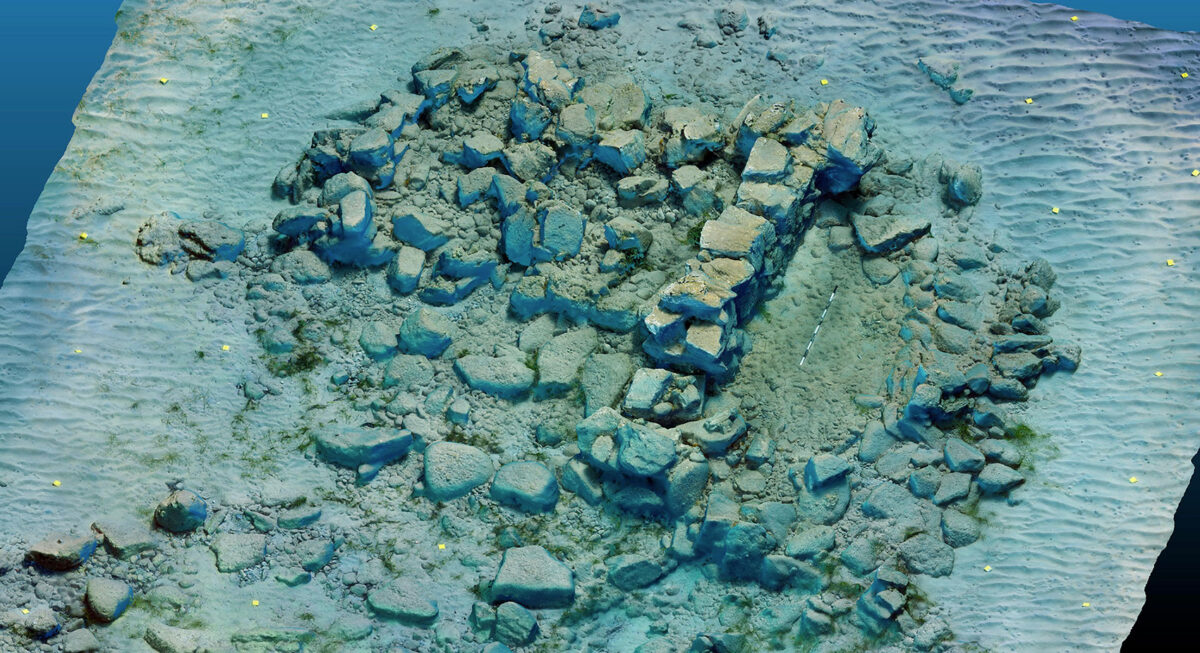 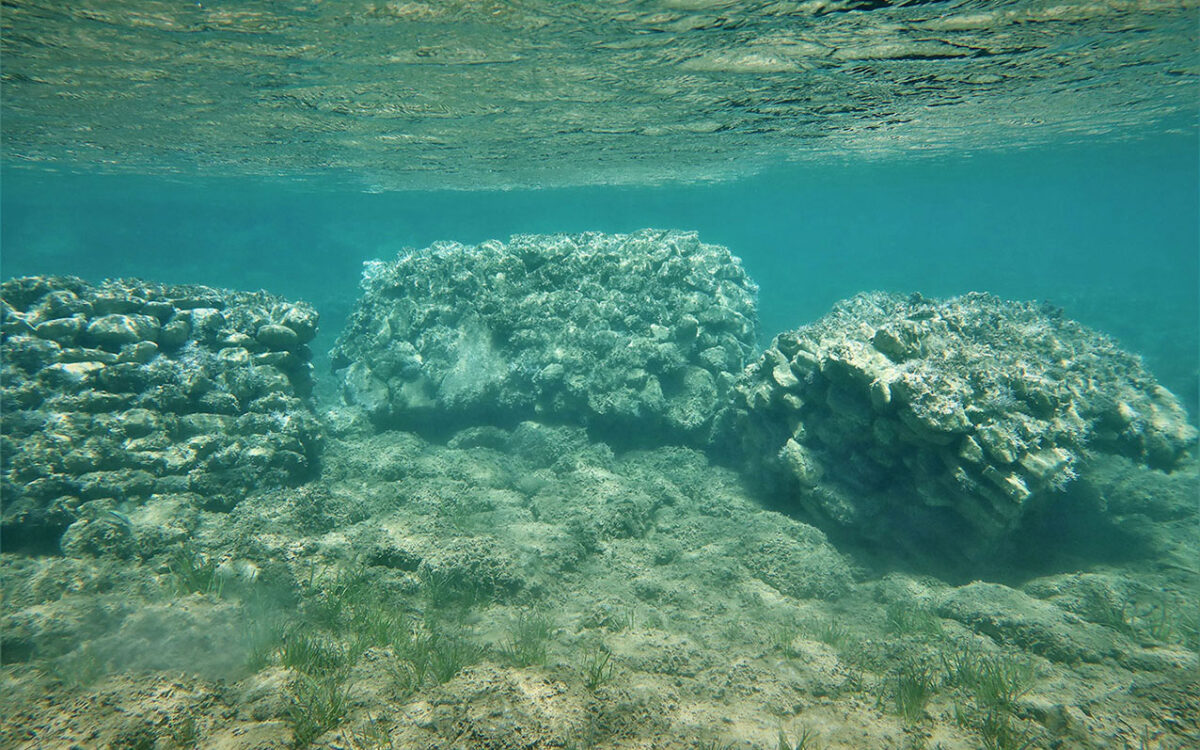 The research is part of a three year programme

Underwater research in the Palaikastro Bay of Sitia, Crete was completed in August. It was conducted by the Ephorate of Underwater Antiquities in collaboration with the University of Toronto, the Lassithi Ephorate of Antiquities and the British School at Athens.

The research, part of a three-year programme launched this year by the four institutions, aims to explore the coast and greater area of the bay to determine the extent of its use and the form it had in the various phases of antiquity. A rescue excavation is also being planned for the next few years in the Bondalaki region where Minoan structures are being damaged by rough seas.

During the underwater research, the coastal zone was explored and a ancient coastline was discovered underwater, where there are submerged building remains from at least two periods. Various buildings and large fragments of jars (pithoi) were found in the middle and south of the Kouremenos Bay, embedded in the rocks of the seabed, which have been attributed to the Minoan time frame.

In the north of the bay, moreover, a sunken Roman breakwater, known since the 1980s, was recovered and documented, while constructing the port shelter. Found in the immediate vicinity was an area with walls and the crumbling construction material of Roman buildings. The North of Chiona Bay presents the same picture with similar fallen walls, floors and foundations pointing to a Roman settlement also having been at this spot.

In the most incisive manner, however, it shows the site’s hitherto unknown use during the Roman period; the discovery of a shipwreck with a cargo of 2nd c. AD amphorae, probably coming from the Iberian Peninsula. The cargo is preserved in fairly good condition and seems to be an important element in the argument on ancient trading patterns and the corresponding sea routes across the Mediterranean which included Crete in that era.

Recording the above included their archaeological, photographic and filmed documentation, three-dimensional depictions of the buildings and the shipwreck, as well as aerial shots along the coast to create orthophoto maps and the geographical and archaeological correlation (GIS) of the finds.

Participating in the research team were:  archaeologists Dr Theotokis Theodoulou and Dr Georgios Tsimpoukis, and designer for the Ephorate of Underwater Antiquities Giannis Ktistakis. Also participating were volunteers archaeologist Dr Alexandros Tourtas, seabed technician Petros Vakondios and diver / pilot of the support boat Nikolaos Psarakis. Working closely with the team was Professor Carl Knappett from the University of Toronto which also funded the research.