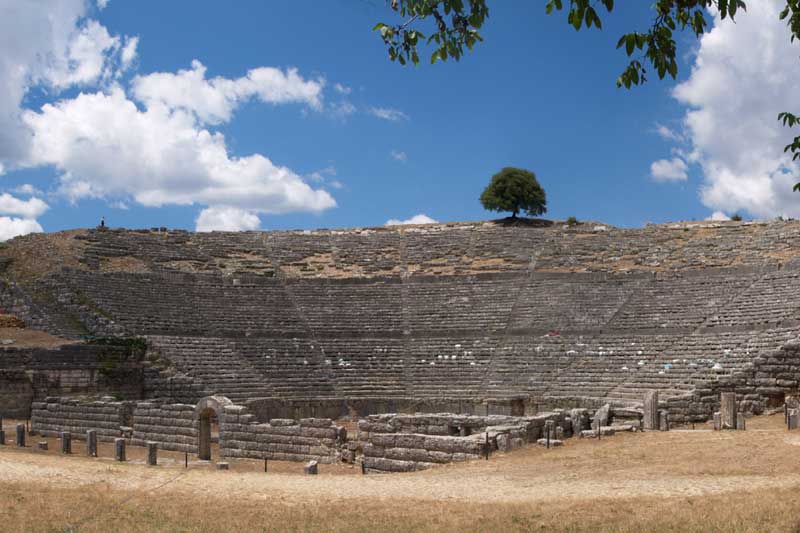 Are the tablets of the Dodona Oracle a “Memory of the World”?

Optimism about their inclusion

The positive response to the case put by Minister of Culture and Sports Lina Mendoni creates optimism about the inclusion in UNESCO’s “Memory of the world” list of the lead oracular tablets from the Sanctuary and the Oracle of Zeus and Dioni in Dodona.

The mayor of Dodona Christos Dakaletsis recently cooperated with the head of the Ioannina Ephorate of Antiquities Varvara Papadopoulou, in view of the upcoming meeting of the competent Greek National Commission for UNESCO to examine the file. The mayor then wrote to the Minister of Culture, asking her to support the request by the Ioannina Ephorate of Antiquities. In a telephone conversation with him, Ms. Mendoni assured the mayor that she is closely monitoring the case and long before the deadline a completed candidacy proposal will be submitted by the Ministry of Culture to the Greek National Committee of UNESCO for its promotion to the international organization also responsible for the final decision.

The mayor of Dodoni Christos Dakaletsis stated that: “The inclusion of the lead tablets of Dodona in the UNESCO” Memory of the World “program is one of our great goals for Dodona’s upgrading. We hope for a positive outcome for the unique treasure of the Dodona tablets, which in future will allow for their better study, conservation and promotion, through their publication or even their being exhibited here. We owe warm thanks in advance to the Minister of Culture, for her interest in this specific goal. Lastly, we agreed that during her planned visit to Ioannina around the end of October, we will discuss in detail all the proposals and priorities of our Municipality regarding the archaeological site; one of these being the initiative to include it in the UNESCO World Heritage Brochure which is currently pending “.

What are the tablets?

The oracular tablets are small sections of fragile, thin sheets of lead. It is possible to directly document one of the oracle practices in the Panhellenic Oracle and Sanctuary of Zeus and Dioni through the inscribed small texts. The pilgrims to the oracle wrote their question on one side of the lead tablet and then folded or wrapped it, hiding the question inside.

A total of 4,216 inscriptions are to be read on the tablets. Their state of repair varies. Some tablets were discovered in fragments, others in parts that can be put together, while there are also some that are intact. Most of them, numbering over 2,500, are kept in the Archaeological Museum of Ioannina.