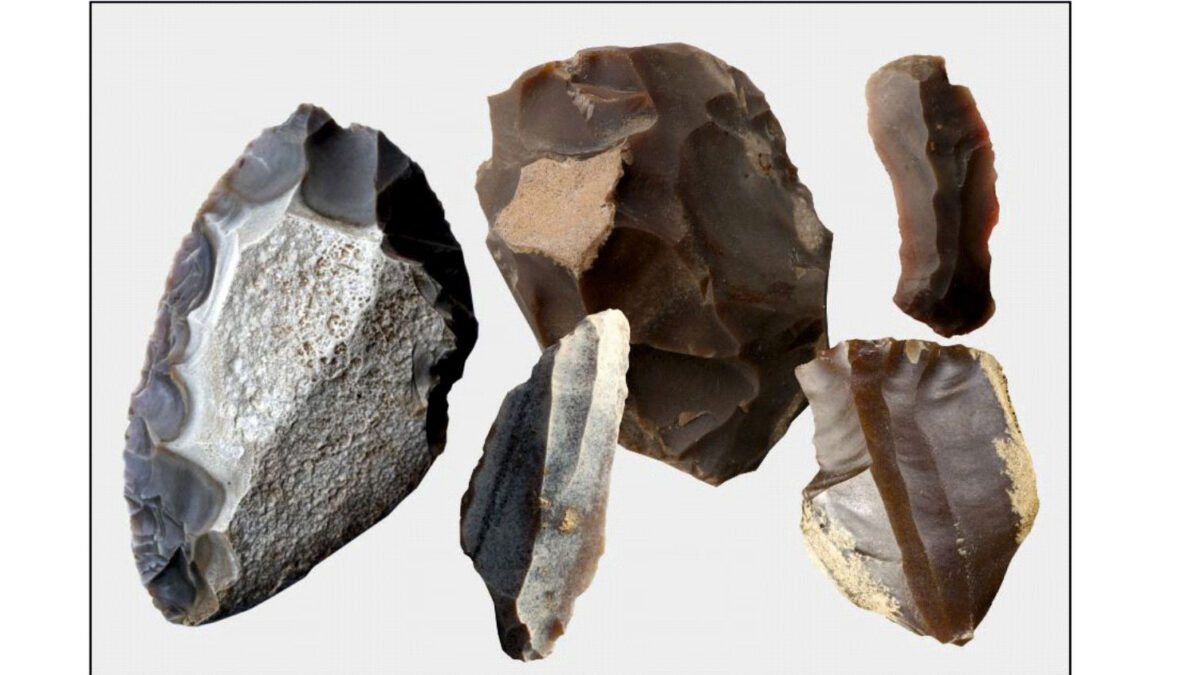 A 10,000-year-old chocolate flint mine has been discovered in Poland’s Kraków-Częstochowa Upland, the farthest southwest site of this type in the country.

Archaeologists previously believed that although Neanderthals and then Homo Sapiens living in the area used chocolate flint tools, they were not mining flint locally and instead transported it from the Holy Cross Mountains 150 km away.

Research project leader Dr. Magdalena Sudoł-Procyk from the Nicolaus Copernicus University in Toruń said: “The Vistula basin abounds in the deposits of several types of silica raw materials that were used in prehistoric times. Chocolate flint was one of the best quality materials among them: hard, brittle and with a uniform structure, which is why it was good for making tools. It has many varieties – from sandy brown (milk chocolate) to dark brown (like dark chocolate).”

The quality of chocolate flint was appreciated by prehistoric communities from the Middle Palaeolithic, through the Mesolithic and Neolithic, to the Iron Age (from about 250,000 years ago to the turn of the era), and it enjoyed the greatest popularity in the Upper Palaeolithic (15-12,000 years ago).

Dr. Sudoł-Procyk said: “Our research in the central part of the Kraków-Częstochowa Upland showed that this flint was used by the local Middle Palaeolithic (i.e. Neanderthal) communities primarily for the production of knives, and in younger periods, homo sapiens produced various chip tools from it, such as blades, scrapers , burins, perforators and microliths used in spear points and arrowheads. We previously thought that our ancestors brought this raw material from the Holy Cross Mountains, the area that has been studied for a hundred years, where chocolate flint has been very well recognized and described.”

She added: “From a geological point of view, such outcrops should not be surprising because the rocks of a specific age, in which we can expect to find this raw material, occur outside the Holy Cross Mountains, along the entire Eastern border of the Kraków-Częstochowa Upland. But this is undoubtedly the first remnant of the activity of our ancestors in the area.”

So far research shows that the mine itself functioned in the period of 10 to 6,000 years ago which Sudoł-Procyk said was “a surprising discovery because the vast majority of the known mines (including other silica materials) from the Krakow-Częstochowa Upland and the Holy Cross Mountains come from the Neolithic, meaning that they are younger than this one.

“It seems that originally the prehistoric hunters wandering through the valley would dig into a slope after seeing flint deposits exposed as a result of the slope being washed by the river. Further pits were dug higher up the slope, reaching larger sizes. The objects we have discovered are 3 meters deep, and our research has not been finished yet. Although we have not found the tools used to dig them to obtain this raw material, we can say with a high probability that it was an organic raw material, for example antlers that are very hard and known to archaeologists as a tool from other prehistoric mines.”

The archaeologists also have evidence that after mining, the raw material was pre-processed in the immediate vicinity of the mine and only later carried outside, for example for exchange.

The team of researchers recently ended field work, during which many samples were collected for analyses in laboratories. In the next season, they plan to return to the site and continue field research.

The research is carried out as part of a five-year project titled ‘Chocolate Flint on the Kraków-Częstochowa Upland: Mining, Use and Distribution’, financed by a grant from the National Science Centre.