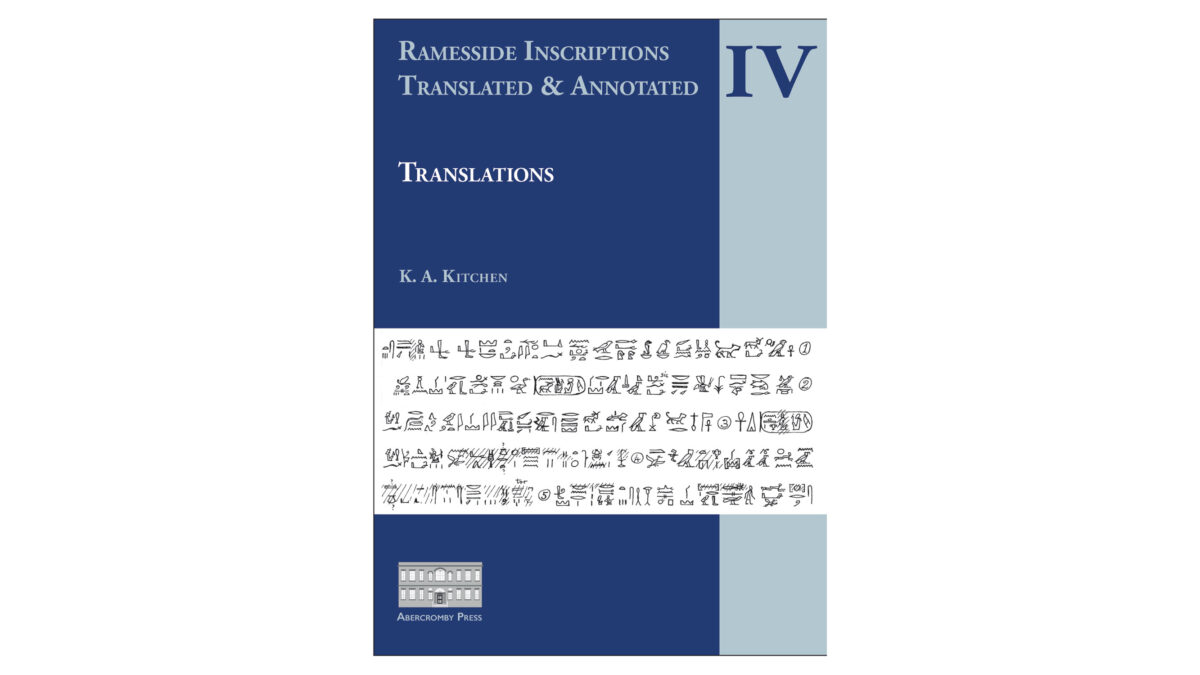 The aim of Professor Kenneth Kitchen’s magisterial Ramesside Inscriptions is simple—to make available the principal historical and biographical texts of the Ramesside age (c.1300–1070 BC) in a comprehensive, compact and accurate edition that should be comprehensive but handy to use. It does not, however, include purely literary, ritual and funerary texts.

This book presents full translations of the texts of the later Nineteenth Dynasty that were published in hieroglyphic in Ramesside Inscriptions (KRI), Volume IV, namely all that was subsequent to the reign of Ramesses II, i.e. for the period from Merenptah to Tewosret (c.1213–1186 or only to 1189 bc, depending on whether Amenmesses was full ruler or merely a Theban contemporary of Sethos II). Merenptah’s ten year reign accounts for half the volume, including
the full range of texts from his wars in Canaan and against the Libyans and Sea Peoples, and in Nubia. From the reigns that followed — Amenmesses to Tewosret — is a corpus of what is available from their time, which includes a good number of pieces of considerable historical importance.

Also offered here are those records that concern primarily, or were left us by, the king’s subjects at all levels of society, from viziers and viceroys at the head of the royal administration (along with priesthoods and the military) down through society’s echelons to the workmen who laboured in the royal tombs in Western Thebes (based in Deir el-Medina village) and the humble folk that served them.

First published in 2003 by Wiley-Blackwell (Oxford-New Malden), this volume has been re-designed and re-printed as a handsome, paperback edition.