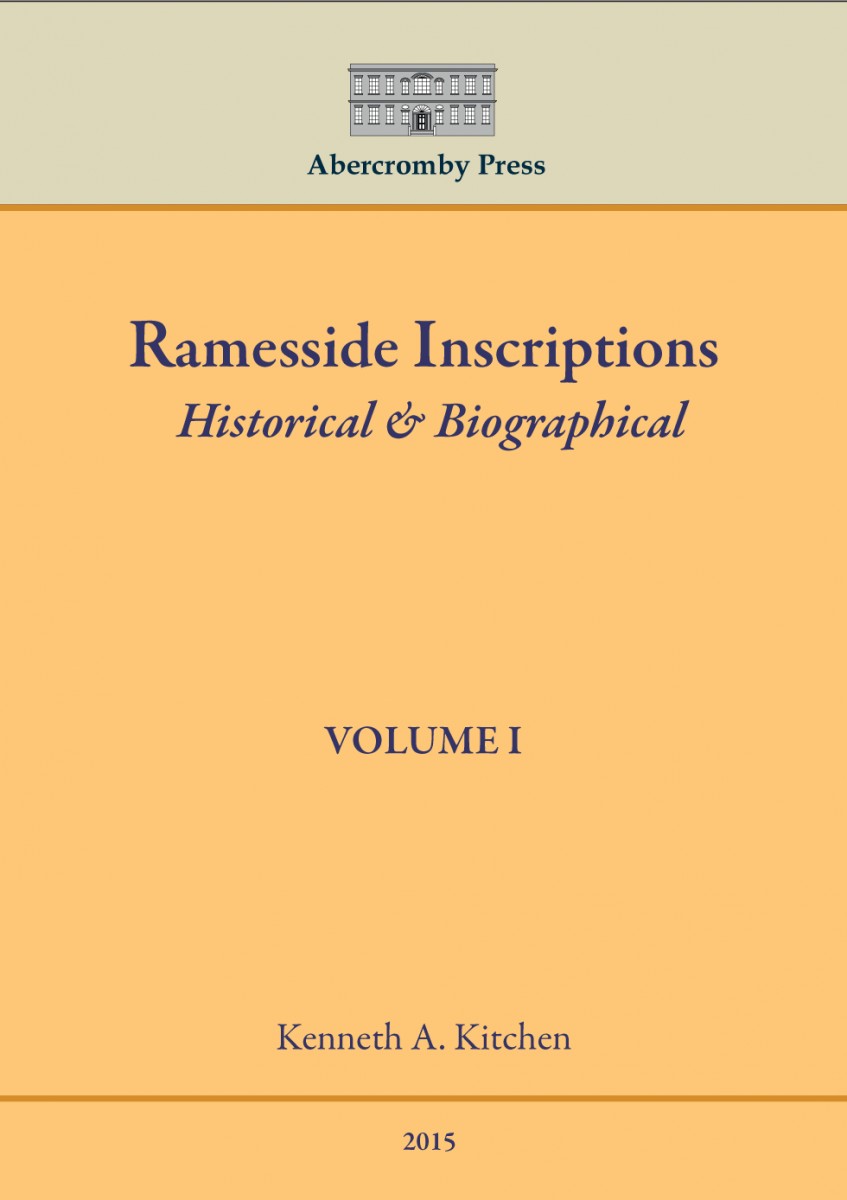 The aim of Professor Kenneth Kitchen’s magisterial Ramesside Inscriptions is simple—to make available the principal historical and biographical texts of the Ramesside age (c.1300–1070 bc) in a comprehensive, compact and accurate edition that should be comprehensive but handy to use. It does not, however, include purely literary, ritual and funerary texts.

Almost all of the texts in this volume come from the very beginning of this new era in Egypt’s history at the beginning of the 13th century bc—either from the reign of Ramesses I, founding father of the Egyptian 19th Dynasty, or that of his dynamic son and successor Sethos I. As Ramesses I reigned only into his second year, and the reign of Sethos I lasted between eleven and fifteen years, virtually everything here dates within a span of only twelve/seventeen years, at most.

Arranged by category, this hieroglyphic edition covers foreign wars and diplomacy (esp. dated), then internal affairs (dated documents, special topics or groups), a geographical series of royal monuments (from north to south), the principal documents of the reign (papryi, ostraca, letters, legal documents, and the like), in addition to further inscriptions pertaining to the royal family. A further twenty-eight categories are devoted to the private monuments of the principal administrators of the Empire, along with the vast store of documentation pertaining to the activities of the royal artisans from the village of Deir el-Medina in western Thebes.

First published in eight individual fascicles between 1969 and 1975 by B.H. Blackwell (Oxford), this volume is re-printed here for the first time in a single, handsome, book.