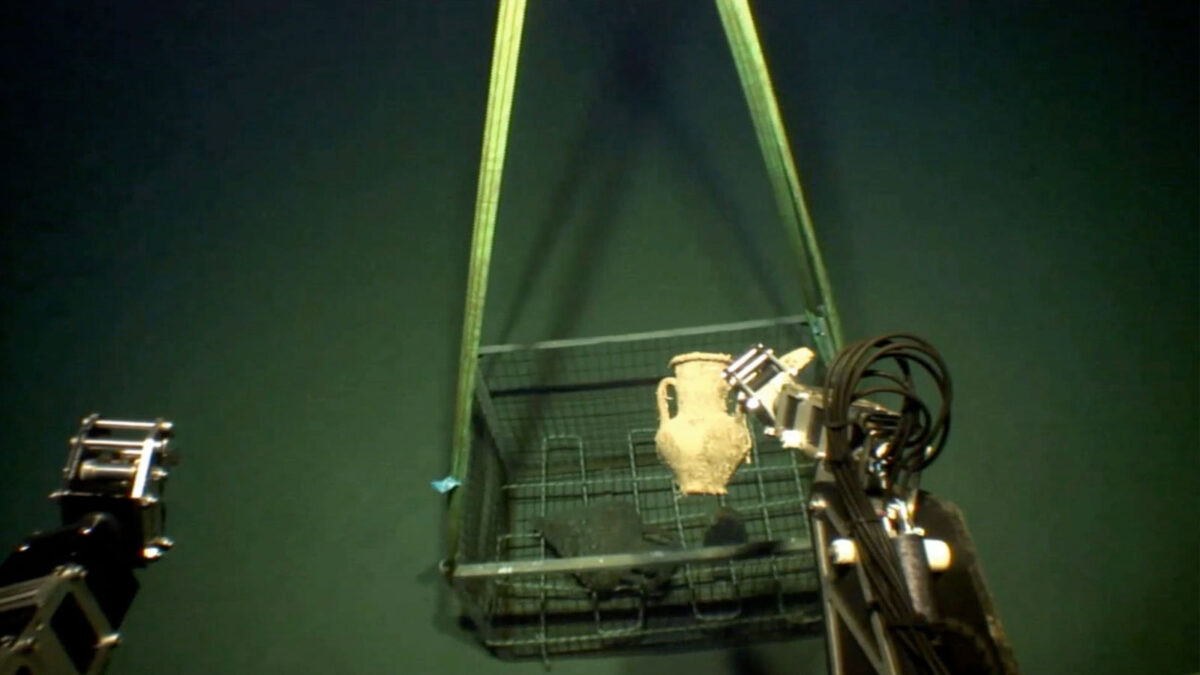 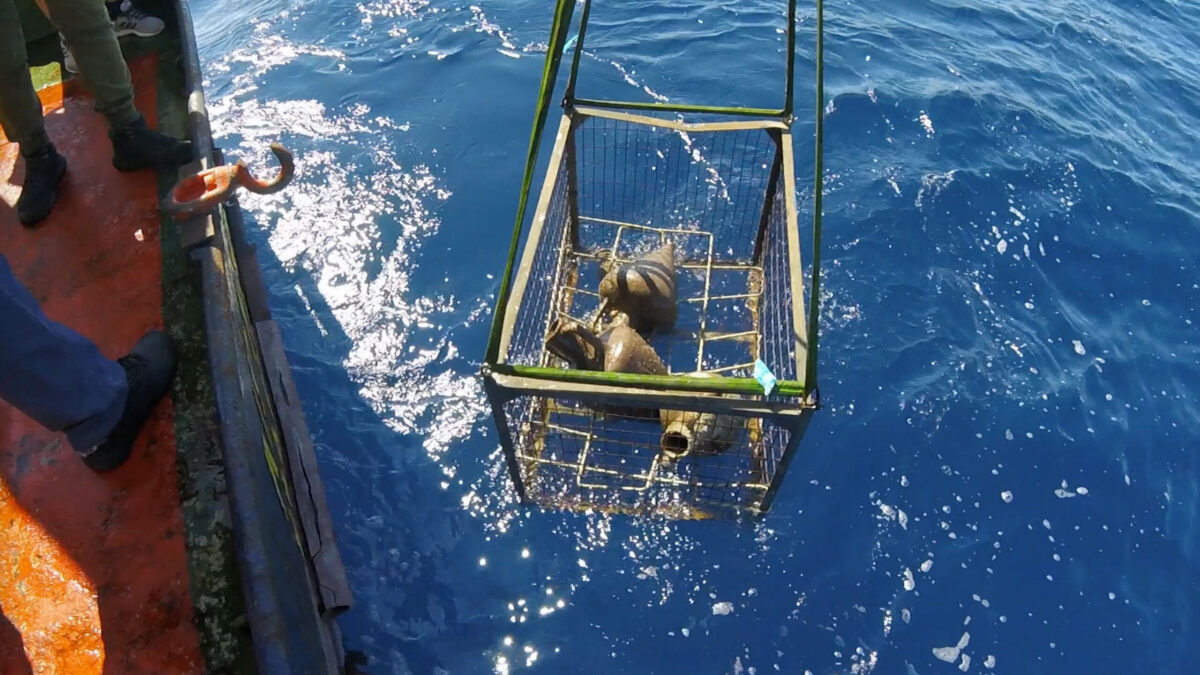 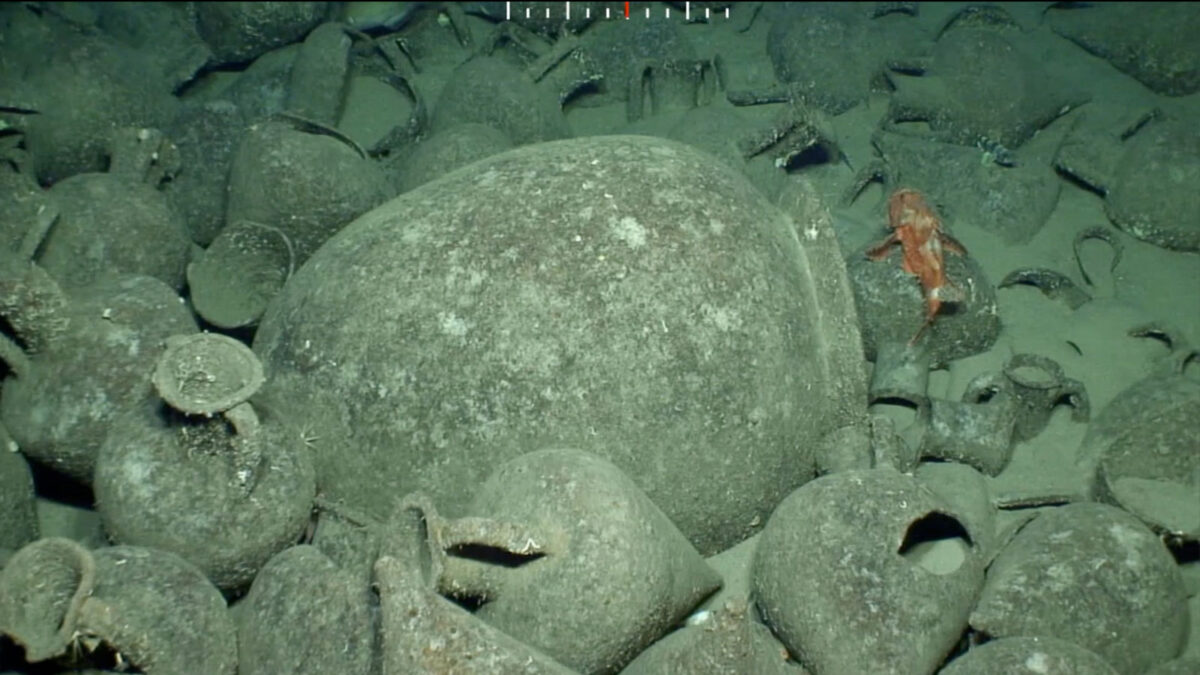 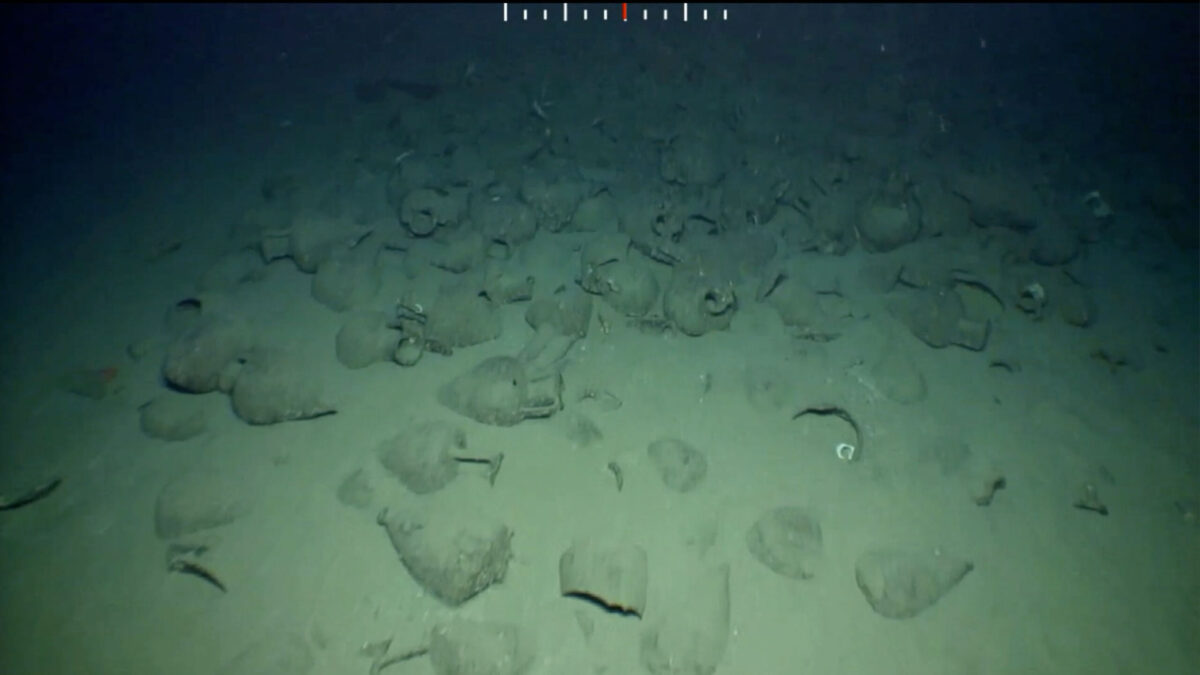 A shipwreck of classical times was archaeologically investigated from September 24 to 27 by the Ephorate of Underwater Antiquities with technical support from the Hellenic Center for Marine Research which provided the Research Vessel AEGEAN equipped with the submarine remote control vehicle (ROV) MAX ROVER with integrated side scanner SSS. The shipwreck was located in 2019 at a depth of 222m in the Kythera-Neapolis straits during an optical survey of wiring for the transmission of electricity from Kissamos to Neapolis Voion. The underwater research was carried out with the financial support of the Independent Power Transmission Operator /IPTO S.A. The shipwreck dates approximately from the end of the 5th c. BC to the mid-4th c. BC and seems to have ended up on the sea bed by its keel, since the general picture of the concentration of cargo retains the shape of the ship for the most part.

Minister of Culture and Sports Lina Mendoni stated the following: “Our country is an extended archaeological site, an archaeological palimpsest. Our land and seas hide unexplored cultural treasures. In every major project, public or private, chances of discovering antiquities are extremely high. In the case of the wiring operation for the transmission of electricity from Kissamos to Laconia, undertaken by the IPTO, an important wreck of classical times was located in the Kythera-Neapolis straits, which was archaeologically investigated by the Ministry of Culture’s Ephorate of Underwater Antiquities  with valuable technical and scientific support from the Hellenic Center for Marine Research, while the cost of the research was covered by the IPTO. I extend my congratulations and thanks to all participants  of the research”.

Preliminary results of the underwater research showed that the ship’s cargo consisted mainly of amphorae from Corfu, partly of the so-called Solocha II type amphorae possibly originating from ancient Peparithos (Skopelos), amphorae from Chios, and three pithos jars. In addition it also carried a set of table vessels of which a flat-bottomed table amphora was recovered, as were a dish, a fish-platter and two small skyphos vases.

The three-dimensional imaging of the wreck by Dr. Ioannis Issaris of the Hellenic Centre for Marina Research is in progress and expected to further clarify the initial conclusions, the number of objects visible on the seabed, the extent of cargo dispersion and consequently the ship’s size and the possible volume of cargo.