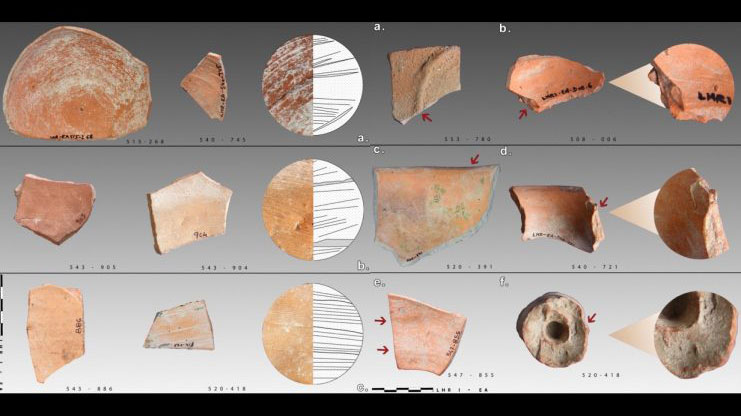 By studying a range of ancient everyday pottery vessels

A team of international researchers have studied a range of ancient everyday pottery vessels – including jars, bowls, dishes and bottles – to reconstruct how Indus peoples developed and adopted unique technologies in the third millennium BC. Their findings are published in the Journal of Anthropological Archaeology.

The objects were excavated from archaeological sites in Haryana in north-west India as part of the TwoRains project, which is a collaboration between the University of Cambridge and Banaras Hindu University funded by the European Research Council (ERC).

Lead author Dr Alessandro Ceccarelli, who carried out the study as part of his PhD research at the University of Cambridge, said, “This study doesn’t just look at how pottery was made – it gives us a fascinating insight into some of the earliest ‘social networks’ and how people passed on knowledge and skills over centuries without the use of books or the technology we now take for granted.”

By using reverse engineering, Alessandro was able to reconstruct two main dominant technological traditions in Indus Civilisation north-west India. These traditions reveal several forming, fashioning and finishing techniques in making pottery, including the use of types of “potter’s wheel” in some cases.

“The objects we examined suggested that while communities of ceramic makers lived in the same regions – and often in the same settlements – different traditions emerged and were sustained over centuries. There was a clear effort to keep alive their unique ways of making pottery to set them apart from other communities, like a statement of their identity.”

The evidence – shown in the materials and tools used to make the pottery, as well as markings on them – suggests that at these two ancient settlements, at least two distinct groups of Indus ceramic producers passed down unique values, skills and knowledge over generations.

Village-based pottery production also survived the widespread urbanisation of the Indus Civilisation in the third millennium BC, with household production of ceramics continuing to be the norm in the region for hundreds of years.

Dr Ceccarelli noted: “We also discovered that there is no clear evidence at the excavated sites for making pottery using ‘wheel-throwing’ techniques in the production of these ceramics. This offers a different perspective from the interpretations given to the vast majority of similar types of Indus ceramic forming techniques in the past.”

Senior author Dr Cameron Petrie, University of Cambridge, concluded that “This paper makes an important contribution to the work of the TwoRains project as it highlights the diversity and variability of practices in ancient South Asia, which is something that we feel made populations well suited to coping with variable and changing environmental conditions”