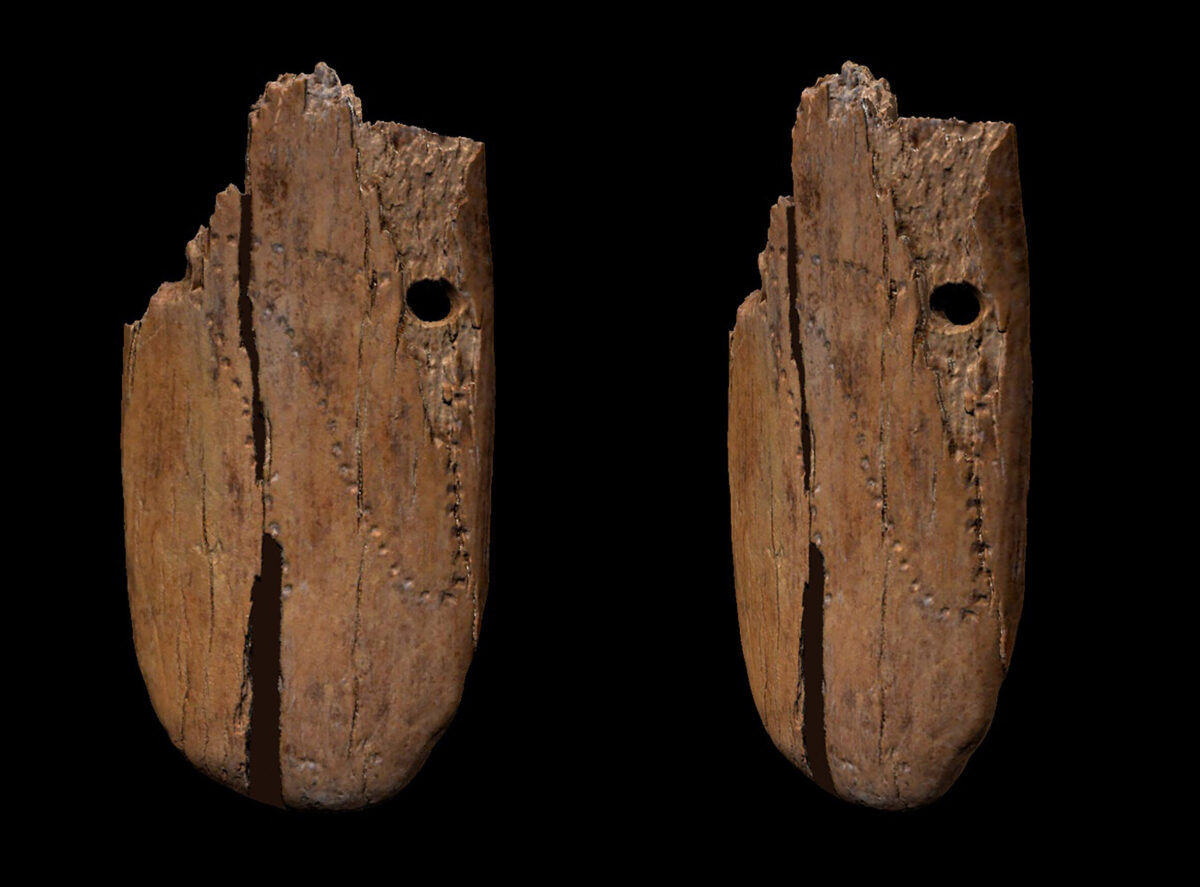 The most ancient decorative pendant in Europe made of mammoth ivory

An oval-shaped carved mammoth pendant ornament, about 41,500 years old and found in Poland’s Stajnia Cave, is considered to be the oldest known piece of jewelry made by Homo sapiens in Eurasia. It was probably worn around the neck and comes to shed more light on when humans started wearing “jewelry”.

Researchers from the Department of Chemistry at the University of Bologna, the Max Planck Institute for Evolutionary Anthropology in Leipzig and the Polish Academy of Sciences, led by Professor Sahra Talamo, who jointly published a report in the Nature Scientific Reports journal , announced that the discovery shows that humans began crafting small decorative  ornaments — examples of symbolic behavior — as early as 37,000 to 42,000 years ago, as they spread across Europe and Asia.

The dating of the pendant, made by using the radioactive carbon method, places it about 2,000 years earlier than other related objects previously found in France and Germany. Along with the pendant were found a sharp tool, an awl, made of horse bone that was probably used as a needle, as well as other animal bones.

The decoration of the pendant,which is 4.5 cm long, 1.5 cm wide and 3.7 mm thick , includes two drilled holes (probably to put a thread through) and at least 50 tiny marks that form an asymmetrical pattern. The pendant may have served as an amulet during the hunt for wild animals or its decoration  could be associated with astronomical symbols such as the cycles of the Moon and the Sun.

Among other things, the discovery shows that Poland had modern humans about 10,000 years earlier than previously thought. “Poland supposedly did not have Homo sapiens at that time,” said Dr. Talamo.

For the scientific paper press here.