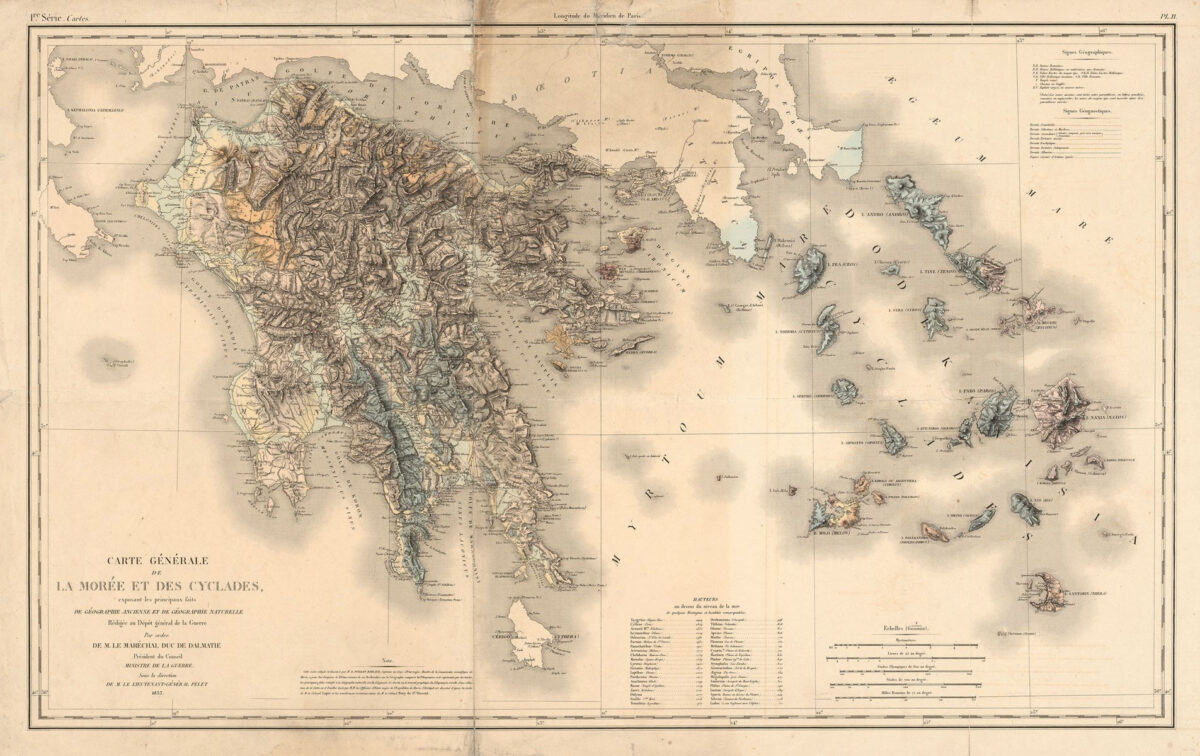 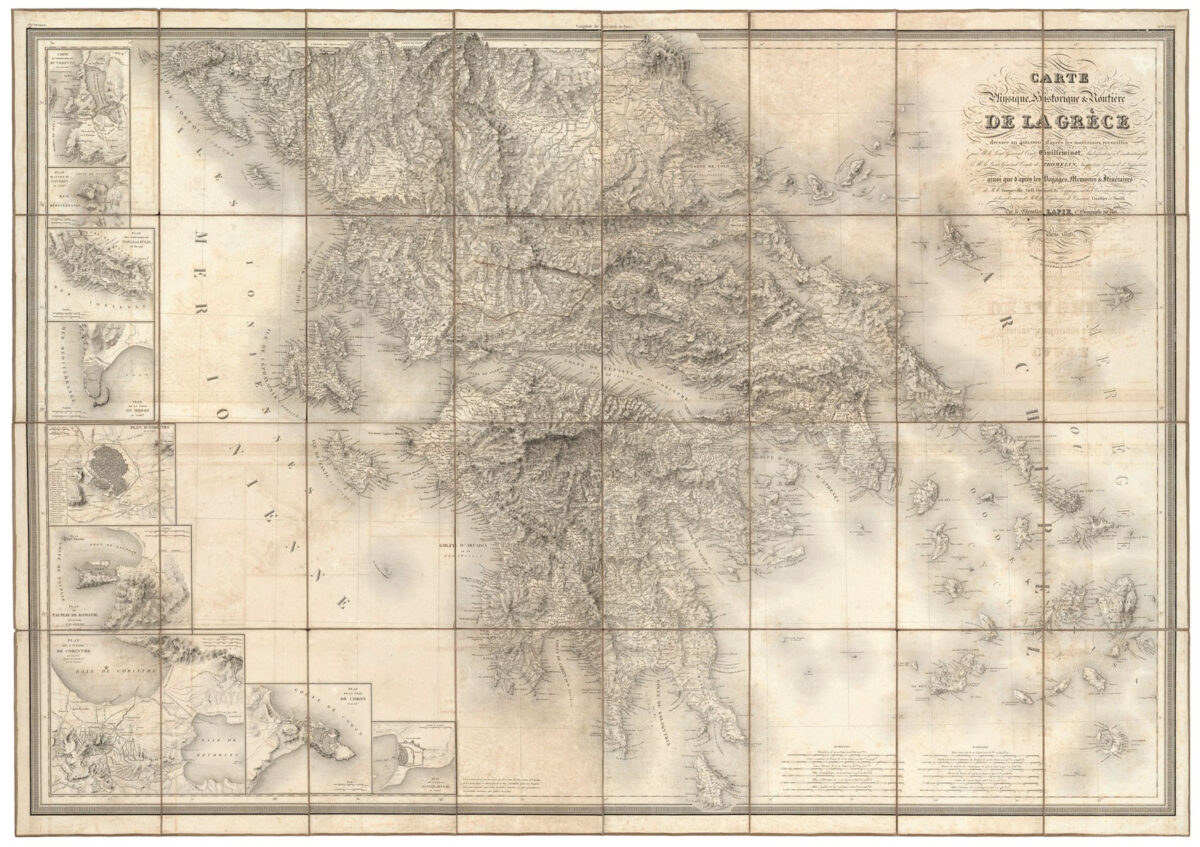 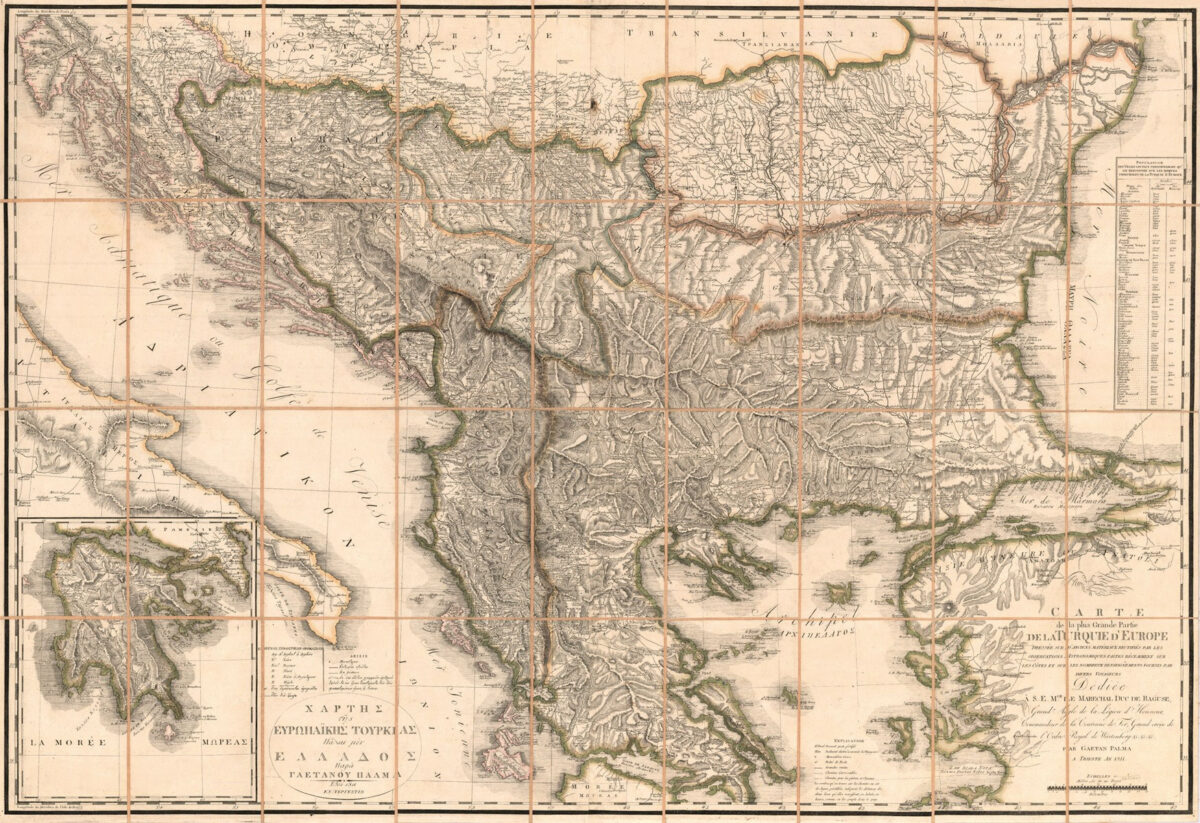 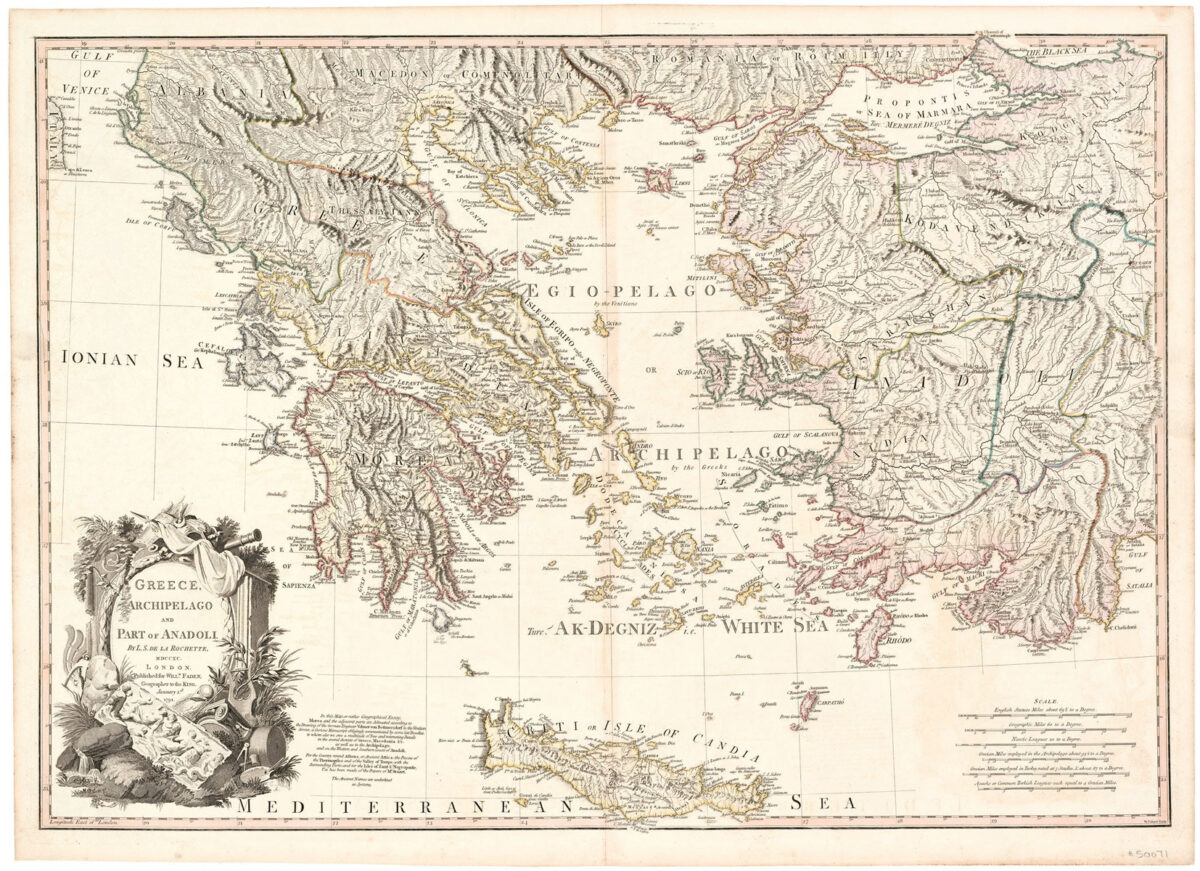 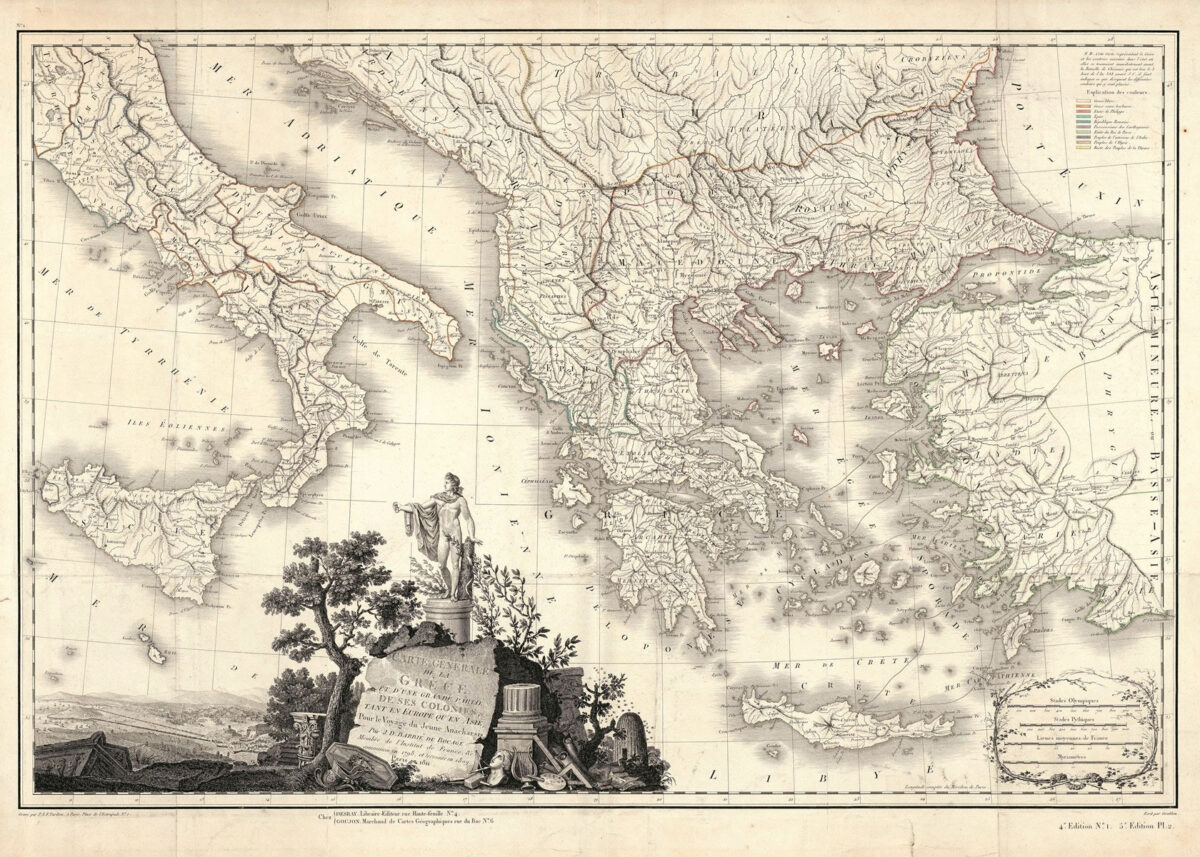 The birth of the Greek State seen through maps

The exhibition entitled “The Genesis of the Greek State. Cartography and History, 1770-1838” is being mounted by the National Bank of Greece Cultural Foundation (MIET) at the Eynard Mansion as part of the 200th anniversary celebrations of the 1821 Greek Revolution.

For the first time, through 170 rare and often unknown works, large staff maps on multiple sheets, valuable atlases and geographical publications, the general public can see the emergence of the image of modern Greece, before and during the Greek Revolution, up to the founding of the modern Greek state.

The exhibition is divided into five sections that present the successive and continuous foreign expeditions for mapping the Greek terrain: from the work of the officers of the Russian Armada of the Aegean (1770-1775) to the numerous attempts of geographers, cartographers and envoys of Napoleon and the works of members of the French Expedition to the Morea (1829-1838), the exhibition illuminates the successive efforts to shape the geographical image of modern Greece as a political entity. The proposals made by the above gradually mature and are enforced, adopted both by the West and the Greek revolutionary governments.

This rich and rare cartographic material has been collected for the first time. It comes from the collections of the National Bank Educational Institute and The Hellenic Literary and Historical Archive Society (ELIA), the Library of the Hellenic Parliament, the National Library, the Benaki Museum as well as many other libraries and collections, public and private, in Greece and abroad.

The scientific curator of the exhibition is historian George Tolias.

The exhibition is accompanied by a 280 pages richly illustrated edition.