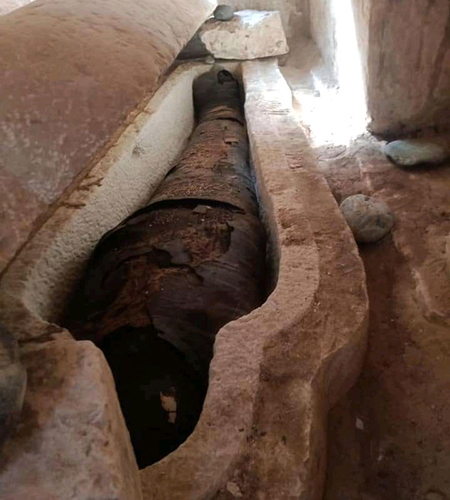 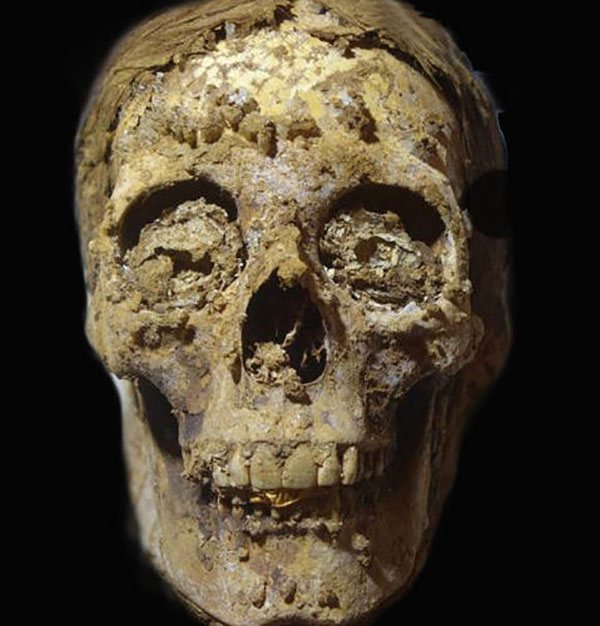 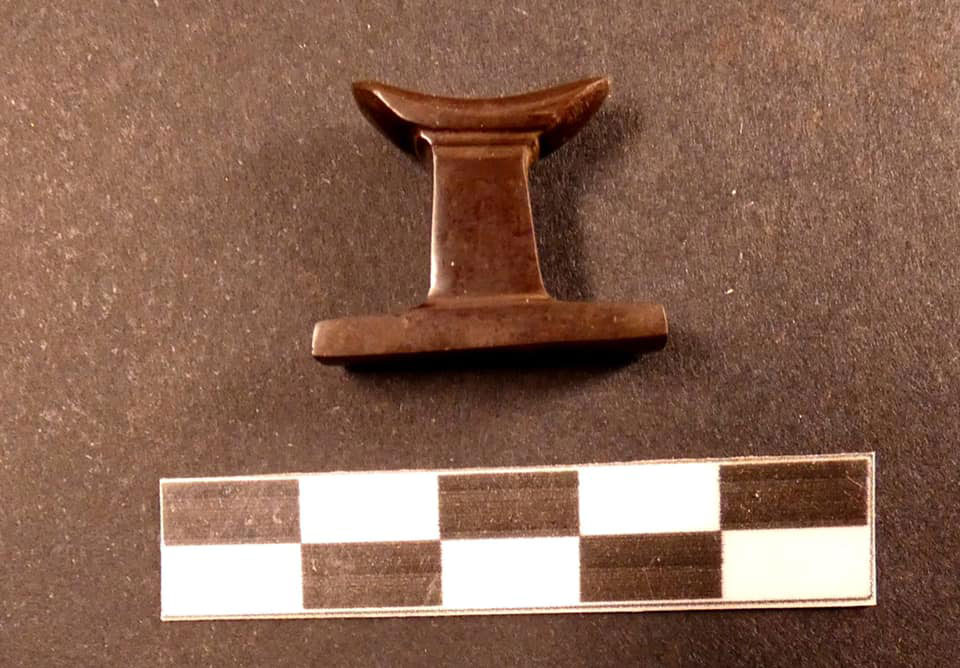 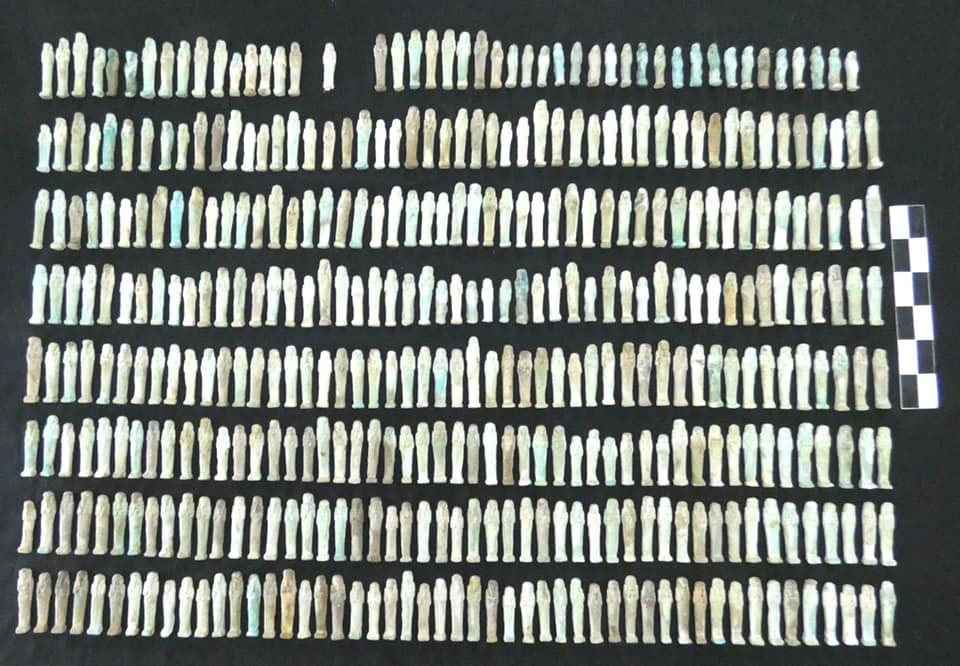 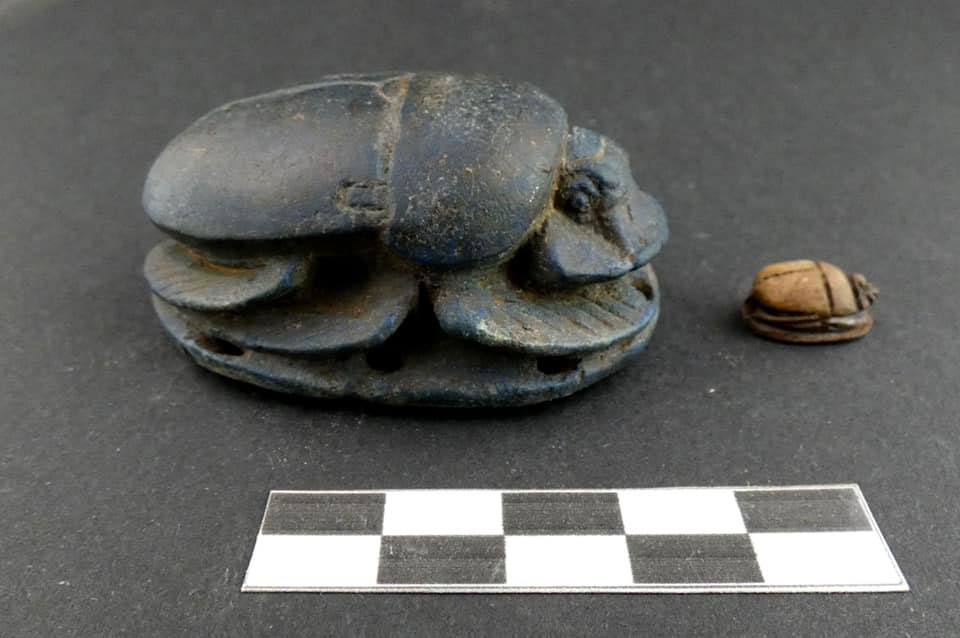 Two new tombs from the Saite period discovered in Oxyrhynchus

The archaeological mission began last November 10 and ended on December 10, 2021

The archaeological mission of the Institute of Ancient Near East Studies of the Universitat de Barcelona at the site of Oxyrhynchus (Egypt), led by researchers Maite Mascort and Esther Pons, has made a series of important discoveries. This work campaign, which ended on December 10, has brought to light, among other findings, two tombs from the Saite period (664-525 BC), the last native dynasty that ruled ancient Egypt before the conquest of the Persians.

One of the tombs had been open since ancient times, but inside, reseachers found a female anthropomorphic stone sarcophagus, whose lid was somewhat displaced. Inside, there was a large quantity of tubular and spherical faience beads belonging to the funerary network that covered the deceased, as well as a stone amulet from a headrest of excellent quality.

The second tomb was closed and sealed. It contained a male anthropomorphic sarcophagus with a mummified individual inside with several amulets (eyes of Horus, scarabs, a figure of the god Horus, papyrus stems, several double feathers, hearts, a Djed pillar), a heart scarab and numerous tubular and spherical faience beads belonging to the funerary net that covered the body. It preserved all the grave goods: the four epigraphic canopic jars, with the mummified viscera inside, 399 faience ushebtis and a ceramic jar with remains of bandages.

According to Mascort and Pons, the importance of the discovery lies in the fact that “a closed and sealed tomb from the Saite period has been located with an architectural structure different from those found so far at the site. In addition, since it was intact, it will allow us to better understand the funerary rituals of this chronological period in Oxyrhynchus”.

Apart from these findings, during this expedition five Byzantine crypts have also been discovered, three Roman tombs with mummified individuals, some of them with polychrome cartonnage, and three with a gold tongue. “This was a ritual”, Mascort and Pons say, “of protection of the deceased which is very characteristic of the Roman necropolis of Oxyrhynchus, since fourteen of these gold tongues have been recovered so far”.

The 2021 archaeological mission in Oxyrhynchus began last November 10 and ended on December 10, 2021. This campaign has been made possible thanks to the Spanish Ministry of Culture and Sport, the University of Barcelona-Institute of the Ancient Near East Studies (IPOA), the Palarq Foundation and the Catalan Egyptology Society, in the collaboration with the Egyptian Antiquities Service and the University of Cairo with Professor Hassan Amer.