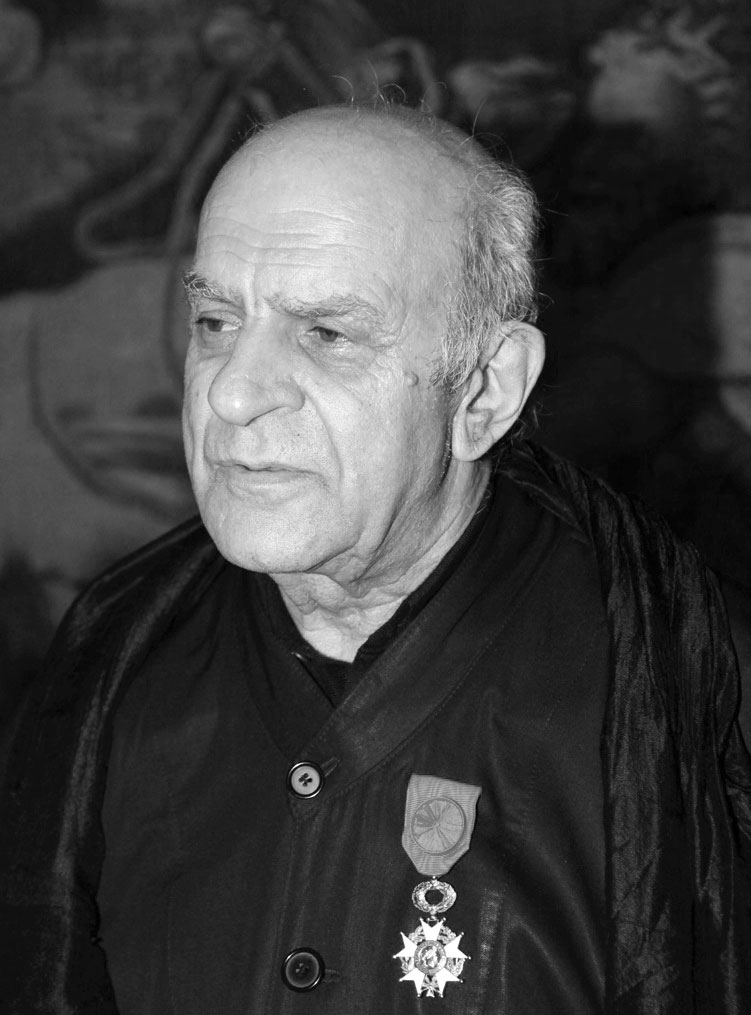 Alekos Fassianos has passed away

Distinguished painter Alekos Fassianos passed away on Sunday night, at the age of 87. Alekos Fassianos was born in Athens in 1935. He studied the violin at the Athens Conservatory and painting at the School of Fine Arts (1956-1960, Yiannis Moralis workshop). He was also very fond of ancient Greek vase painting and Byzantine iconography, both of which he studied. He attended lithography classes with Clairin and Dayez at the Ecole des Beaux-Arts in Paris, with a scholarship from the French government (1962-1964). In 1966 he settled in Paris and from 1974 divided his time between Paris and Athens. Since 1959, the year of his first one man show in Athens, he had over seventy  exhibitions in Athens, Thessaloniki, Paris, Munich, Tokyo, Hamburg, Zurich, Milan, Beirut, Stockholm, London, et al.

He participated repeatedly in group exhibitions and well-known international events around the world.Prominent among them were the: Salon comparaisons (Paris 1970), Biennale of Sao Paulo (1971) and Venice (1972), Graphics Biennale of Baden-Baden (1985) et al. Fassianos was also involved in engraving, poster design, and set design, collaborating mainly with the National Theatre of Greece, Athens ( Kafka’s “America” 1975, Euripides’ “Eleni” 1976, Aristophanes’ “Ornithes/ The Birds” 1978 et al.). He illustrated several books, in Greece and abroad, of well-known poets and authors, the most prominent being: O. Elytis, L. Aragon, G. Apollinaire, K. Tachtsis, K. Cavafy, A. Empirikos, G. Ritsos, V. Vasilikos and others. His works are also included in special art publications, such as anthologies of architectural landscapes, city views, etc. He has also published his own poetry and prose. Four films have been made on his work for Greek and French television and monographs published on his artistic production.

Condolence messages from the heads of the Ministry of Culture

On being informed of the loss of Aleko Fassianos, Minister of Culture and Sports Lina Mendoni made the following statement: The entire work of Aleko Fassianos exudes Greece in the colours that fill his canvases, the “flat” but multidimensional forms that dominate in his paintings. From his first steps, in his work as a painter but also in his theatre work, Fassianos did not allow trends and influences alter his basic, personal characteristics. He is one of the leading contemporary creators of a “Greekness” in painting. His roots come from traditional art, his technique from his studies next to Yiannis Moralis and then in France where he lived over a long period. In his paintings one recognizes Cycladic figurines, ancient Greek vases and Byzantine icons. The art of Alekos Fassianos is both popular and sophisticated, which is why he continues to be one of the most recognizable, recognized and favourite artists. Alekos was a dear personal friend from the Papagos neighbourhood in Athens and Tzia island. I shall not forget our long conversations with him and his mother, a distinguished literature teacher, who taught him about Greek art, the value of hand-made clothes, colour on ancient statues and the uniqueness of ancient drama. Fishing in Treis Ammoudies on Tzia, with the painters Tsarouchis, Haros and Stefanou. Memories that will never fade. And when funds were scarce for the excavation in Karthea, Alekos sold his paintings and covered the expenses. To Mariza, Victoria and Nikos whom he loved so much, I express my deepest condolences. Apart from his artistic legacy, Alekos gave them his kindness, his courtesy, simplicity and austerity, his culture and his humour.We shall never forget him”.

Deputy Minister of Culture Nikolas Giatromanolakis made the following statement: “Alekos Fassianos  left his mark on an entire era. His anthropocentric approach combined with the Greekness of his art made him both internationally renowned as an artist and extremely popular among all Greeks. As he himself had said, “I express the man of today who bears the memory of all those who preceded him”. Through his subjects and the scope of his activities, Fassianos contributed in making the visual arts more familiar to people. I express my condolences to his family.”