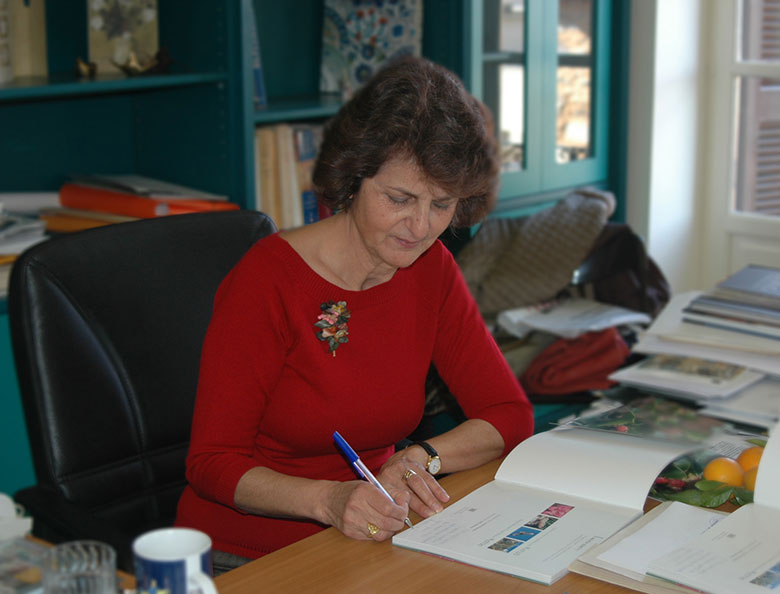 Archaeologist Emilia Bakourou has passed away

The Ephorate of Antiquities of Laconia bids her farewell

The Ephorate of Antiquities of Laconia mourns the loss and honours the memory of Emilia Bakourou. It bids farewell with deep sorrow to the archaeologist who served in Laconia and Mystras from the beginning of her career in 1975 until her retirement in 2006 and was for many years Head of the 5th Ephorate of Byzantine Antiquities (1980–2006), addressed respectfully by her staff as Mrs Emilia.  She was a dynamic woman, inspired, tireless, a fighter in the field of archaeology, to whom is owed the farseeing work of saving a wealth of monuments, protecting and promoting them; a valuable legacy for the current work of the Ephorate. Her unrivalled administrative ability was combined with great virtues. Showing a genuine interest in all the people engaged in the huge and multifaceted work of the Ephorate, being responsible for almost half of the Peloponnese i.e. the four prefectures of Laconia, Messinia, Argolis and Arcadia, she provided them all with valuable experience. and long-term employment, in a warm,almost family, atmosphere.

The Ephorate expresses its sincere condolences to the relatives of the deceased and will send a delegation to attend the funeral service. In place of a wreath, the Ephorate supports the family’s wish to establish a scientific library in Mystras, in memory of Emilia Bakourou *. Her beloved Mystras, with which she completely identified, where she lived, served and asked to be buried. It was a relationship that she alone could capture perfectly, when she wrote in 2004, gazing beyond the monuments to the life hidden in the Byzantine ruin: “Under the relentless sun of a summer noon and the ice of a winter’s night, life is the same and enduring, it makes its own cycles, and death has its justification”.

* In this announcement, following the family’s request, the Ephorate of Antiquities of Laconia is informing those interested in this wish of the deceased.