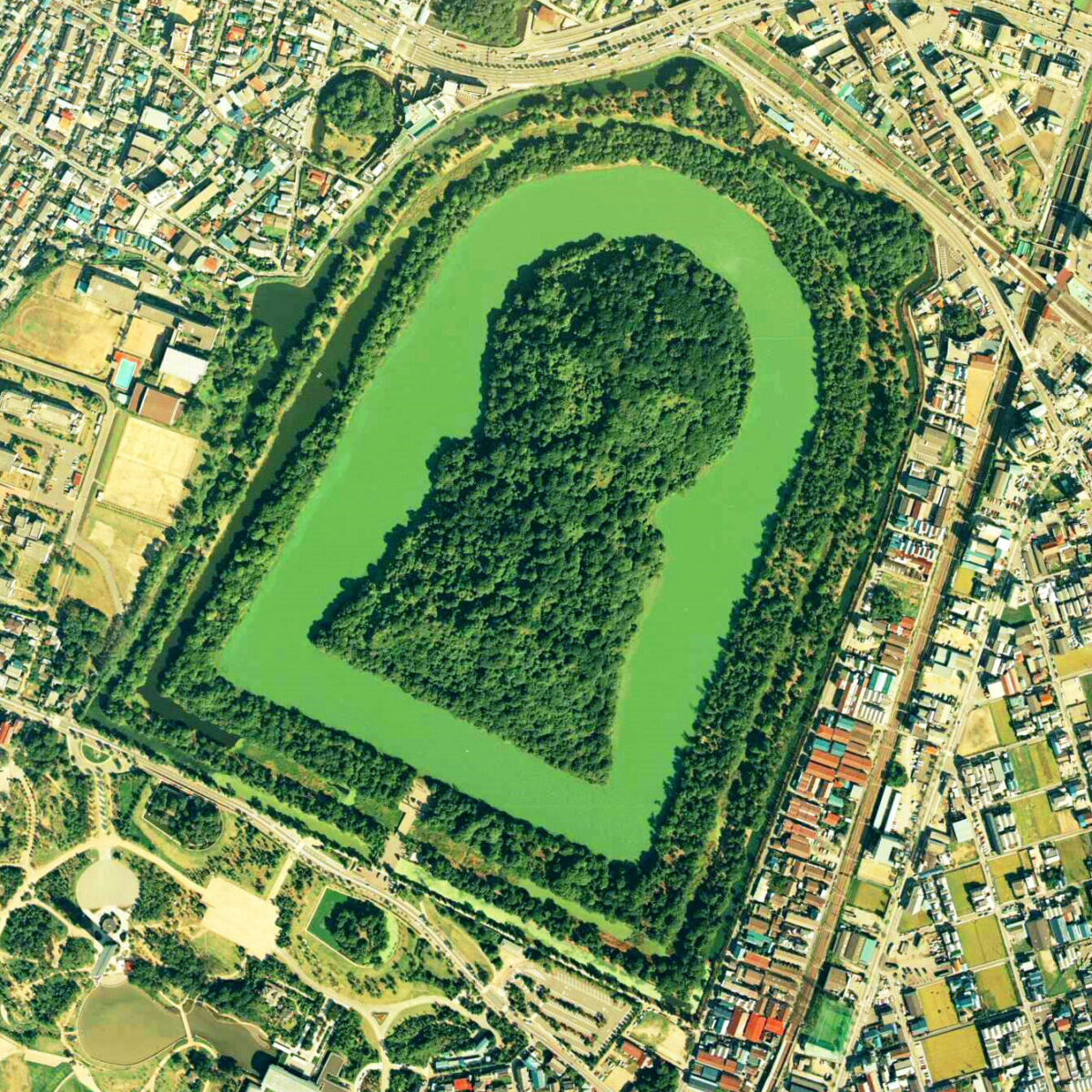 The secrets of ancient Japanese tombs revealed thanks to satellite images

This study has never been carried out before

A research group at the Politecnico di Milano analyzed the orientation of ancient Japanese tombs—the so-called Kofun. This study has never been carried out before, due to the very large number of monuments and the fact that access to these areas is usually forbidden. For these reasons, high-res satellite imagery was used. The results show that these tombs are oriented towards the arc of the rising sun, the Goddess Amaterasu that the Japanese emperors linked to the mythical origin of their dynasty.

The Japanese islands are dotted with hundreds of ancient burial mounds, the largest of which are in the typical shape of a keyhole and are called Kofun. Built between the third and the seventh centuries AD, the most imposing are attributed to the semi-legendary first emperors, while the smaller ones probably belong to court officers and to members of the royal family. Among these, the so-called Daisen Kofun is one of the largest monuments ever built on Earth: it measures 486 meters in length and about 36 in height. It is traditionally attributed to Emperor Nintoku, the sixteenth emperor of Japan.

The Daisen Kofun belongs to a group of tombs recently inscribed in the UNESCO World Heritage List.There are no written sources on these tombs, and excavations are rare and limited to the smaller ones, since the largest are considered the tombs of the first semi-legendary emperors and, as such, are strictly protected by law. Protection also extends to the outside: many monuments are fenced, and it is not allowed to enter the perimeter. For these reasons, it is impossible to obtain accurate measurements of size, height and orientation. Furthermore, their number discourages any on field investigation. It is therefore natural to study them using high-resolution satellite images, which furnish simple but very powerful tools for remote sensing investigations.

This is what Norma Baratta, Arianna Picotti and Giulio Magli of the Politecnico di Milano did, with the aim of deepening the knowledge of the relationships between these fascinating monuments with the landscape and, in particular, with the sky. The team measured the orientation of more than 100 Kofuns and came to interesting conclusions.The results—just published in the scientific journal “Remote Sensing” —indicate a strong connection of the Kofun entrance corridors with the arc in the sky where the Sun and the Moon are visible every day of the year, and show the orientation of the hugest keyhole-shaped Kofuns to the arc of the Sun rising/shining. In particular, the Daisen Kofun is oriented towards the Sun rising at the winter solstice.

Orientation of the imperial tombs towards the Sun does not happen by chance: rather, it is in full agreement with the Japanese imperial tradition. Indeed, the mythical origin of the dynasty of the Japanese Emperors considers them as direct descendants of the Sun Goddess Amaterasu.