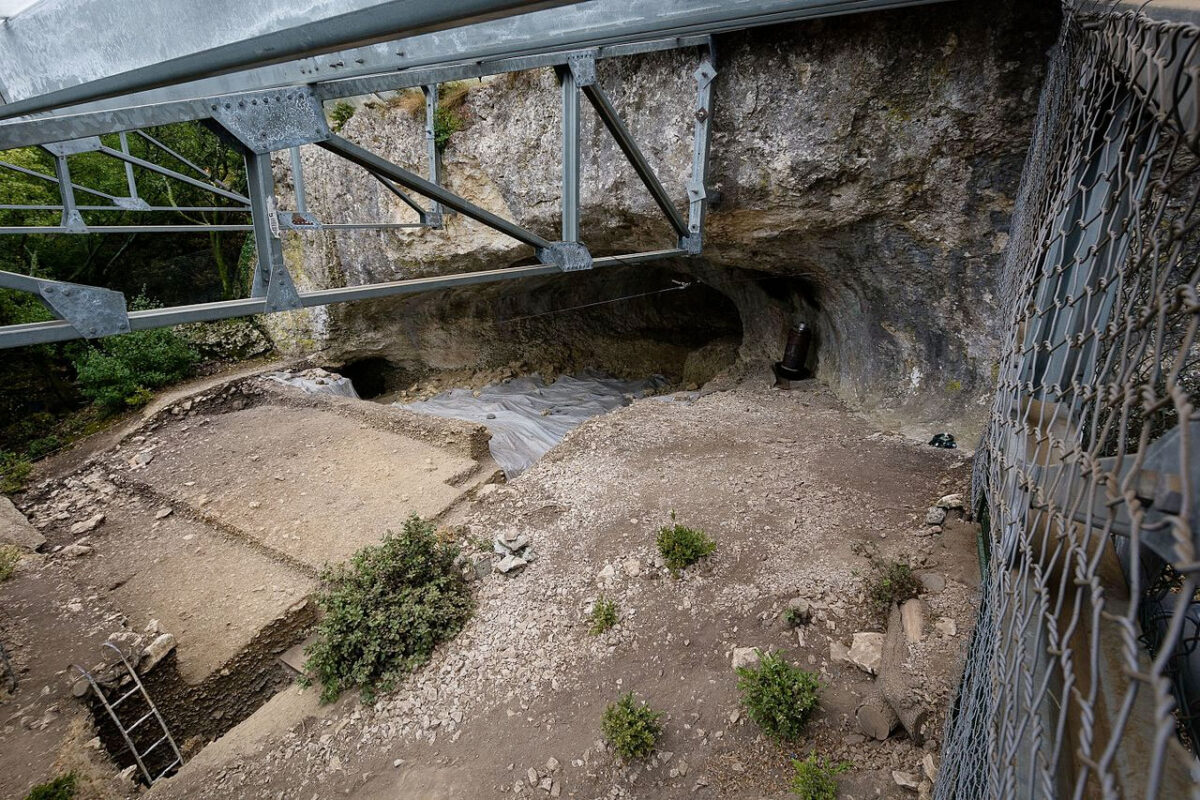 The first Homo sapiens arrived much earlier in Western Europe

54,000 year old stone tools and a child’s tooth found in a cave in southern France are the earliest evidence of modern humans (Homo sapiens) in Western Europe, 10,000 to 12,000 years earlier than estimates to date of our ancestors’ first arrival from Africa. If confirmed this will lead to the rewriting of the books on European prehistory. The discovery also seems to disprove the well-established notion that Homo sapiens forcibly wiped out the “old” Neanderthals upon their arrival on the European continent, since the two species may have coexisted for several thousand years in the same areas, either peacefully or in competition with each other.

The scientists, led by anthropology professor Ludovic Slimak of the”Jean Jaurès” University of Toulouse and the French National Research Center (CNRS), who published the relevant article in the “Science Advances” journal, told the BBC, “Nature” and the “New Scientist” that in their opinion these are not Neanderthal remains, who had however inhabited the same cave before and after Homo sapiens. It is possible that the two species had met, although no traces were found of cultural exchanges between them.

The presence of the latter in the Mandrin Cave in the Rhone Valley, 140 km north of Marseille, is estimated to have lasted only four decades, while that of the Neanderthals for tens of thousands of years. Due to the many other finds in Grotte Mandrin, which will be presented in the future by the researchers, Slimak described the cave as “a kind of Neanderthal Pompeii minus the catastrophic events.”

To date, the oldest DNA-confirmed traces of Homo sapiens in Europe have been found in a cave in Bulgaria and are about 44,000 years old, while Neanderthals, having lived in Europe for hundreds of thousands of years, disappeared for the most part about 40,000 years ago, ie just after the arrival of their “cousins” the Homo sapiens, although some individual groups seem to have survived for a few thousand years more.

Katerina Harvatis, a Greek professor of paleoanthropology at the German University of Tübingen, said the findings seemed convincing and negated the established notion that most of Europe was exclusively Neanderthal territory until about 45,000 years ago. She pointed out that the early presence of Homo sapiens in the Mandrin Cave did not seem to have been very successful, since it only lasted a short time with the Neanderthals returning to the same region. It  should be noted that in 2019 Harvati had presented evidence of Homo sapiens existing in Greece 210,000 years ago (in the Apidima Cave in Mani), a finding that proved the presence of our ancestors on the European continent much earlier than the French or Bulgarian cave.

Researcher Clement Zanolli of the University of Bordeaux and CNRS, participating since 1990 in Mandrin’s research with finds of around 60,000 stone artifacts and 70,000 animal remains, said:”There has not just been a single wave of modern humans arriving and colonizing Europe, but several attempts had probably been made. What we found is probably one of these and there were probably others we have not yet discovered. The unanswered question is whether they left the cave to return to where they came from or whether they simply died there and did not survive more than a few decades. It is impossible to say”.

Other scientists however, such as archaeologist William Banks of the University of Bordeaux and the CNRS, have been more skeptical as to whether both the tools and the tooth originate from Homo sapiens, not finding the data entirely convincing. So far, researchers have not attempted to extract ancient DNA from the tooth to determine whether it belongs to Homo sapiens or Neanderthals.