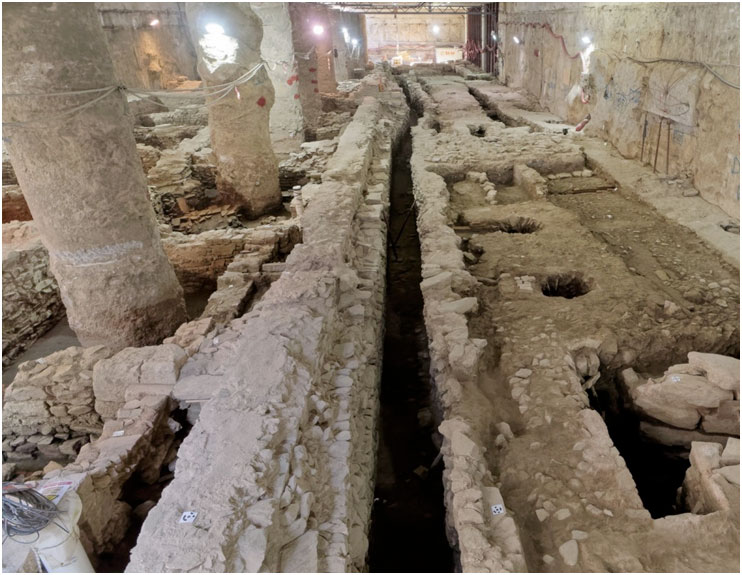 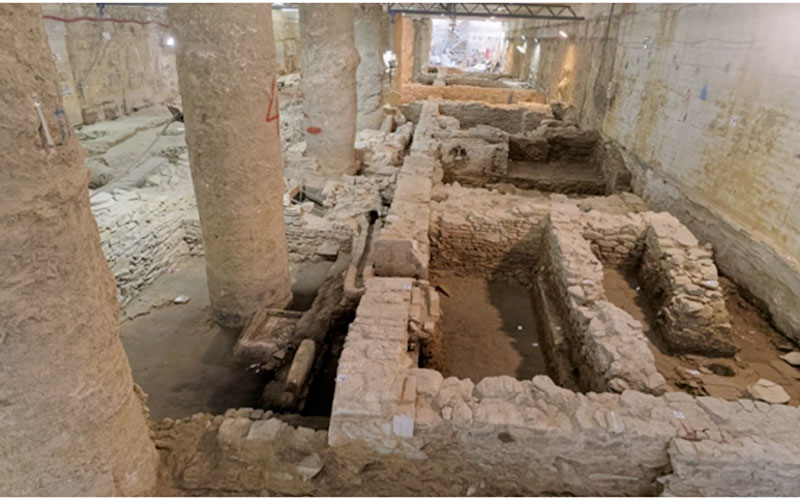 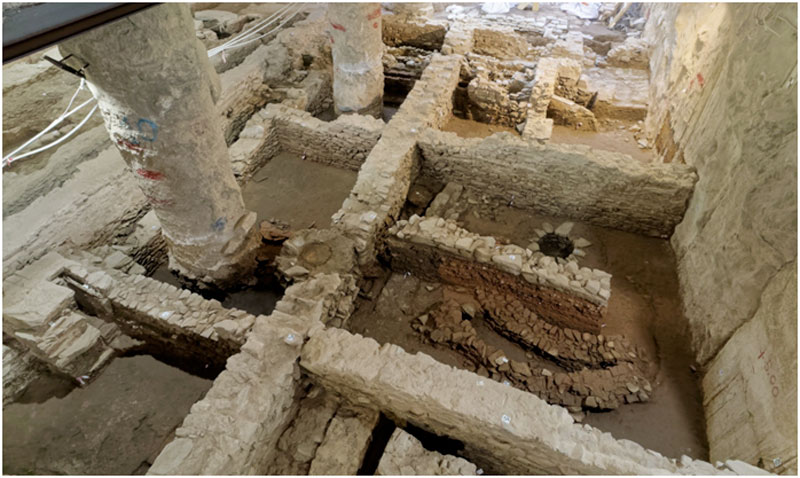 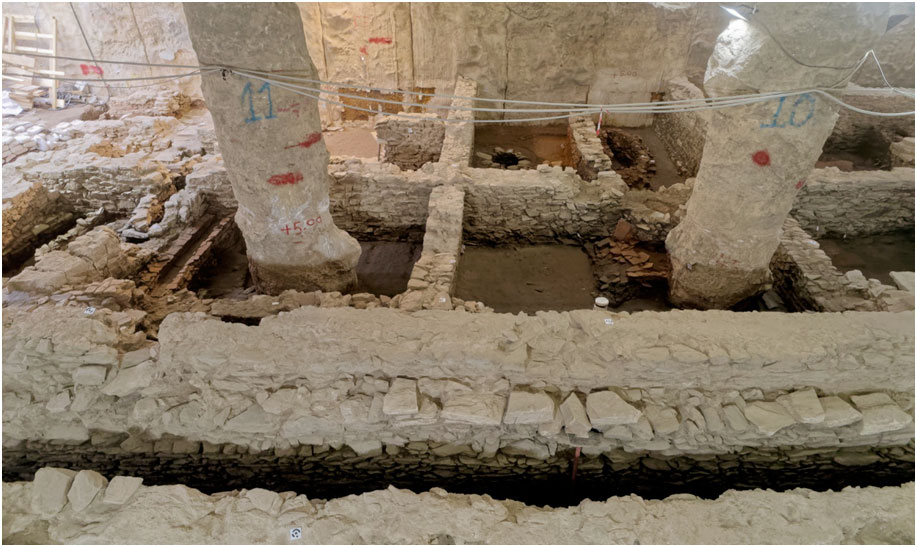 They were discovered during the second phase of excavations

The Central Archaeological Council, in accordance with the joint proposal of its four Directorates and the Ephorate of Antiquities of the city of Thessaloniki, unanimously approved the temporary removal and relocation of the ancient remains of the late 3rd and 6th c. AD discovered inside the shell of the Venizelos Station during the second phase of the excavation. The research was carried out after the temporary removal of the overlying antiquities .

The main concern has been the effort to restore the underlying antiquities, on which the already detached antiquities will rest, as testimony to the urban organization and the uses of the district, the successive construction phases of the city’s urban fabric, its history over time, the greatest possible completeness of the underlying phases, as well as their highlighting and exhibition for educational purposes.

The Council also approved the removal of a wall and its successive underlying layers for them to be exhibited as a sample of stratigraphy for laboratory uses inside Venizelos Station. The Council was also in favour of excavating parts of small cisterns surviving in fragments, and sections of masonry pipes, in order to continue archaeological research on the underlying anthropogenic backfilling. Lastly, the Council requested that a study be submitted at the next meeting for the removal and relocation of the above antiquities, as well as exhausting all excavations of anthropogenic backfillings.

As stated by Minister of Culture and Sports Lina Mendoni: “The competent services of the Ministry of Culture and Sports are working with great dedication and at an extremely intensive pace, keeping to deadlines and fully respecting archaeological legislation and  international conventions for the protection, preservation of authenticity and the enhancement of the antiquities discovered in Venizelos Station. This is evident by the decisions of the courts, which justify the Ministry of Culture’s choices. Today’s approval by the Central Archaeological Council secures and protects the archaeological remains discovered after the removal of the overlying layers, including the decumanus maximus. With its successive approvals, the Central Archaeological Council allows the temporary removal and eventual reinstallation of 92% of the antiquities discovered inside Venizelos Station, while the recent approval also makes possible the return of the underlying antiquities, which constitute a single entity with the ones already removed, completing the picture of the city’s urban fabric at the intersection of the decumanus with the cardo and demonstrating the sequence of the residential phases. The Metro will be completed on schedule, serving thousands of Thessalonians every day, while also having a uniquely aesthetic station, by Greek and international standards”.

Secretary General of Culture, George Didaskalou, made the following statement: “With today’s unanimous approval of the CAC, we continue to defend public interest. The removal and repositioning of the antiquities discovered after the end of the excavation, or their exhibiting at other suitable sites, ensures both the preservation and enhancement of the monument as well as the construction of the Venizelos Metro station”.

During the excavation’s second phase which took place at the same time as the temporary removal of the antiquities, the entire surface of the dugout (1,260 sq.m..) was excavated to a height of +3.50 m. The new findings cover a period from the 3rd to the 5th/6th c. AD, while earlier remains are just visible, the excavation of which will be completed with the continuation of in-depth research, at a later phase.

The newly discovered architectural remains concern a network of infrastructure under the decks of the two main roads – the decumanus maximus and cardo under today’s Venizelou Street – as well as a densely structured network with successive phases of the first cluster of buildings SE of the intersection of the road axes.

The excavation yielded a number of movable finds, numerous coins, abundant pottery of late Roman era (3rd century) and late antiquity (4th-6th century), glass, marble, iron, bronze and bone finds, whose conservation and recording is being conducted at the same time as the excavation research.