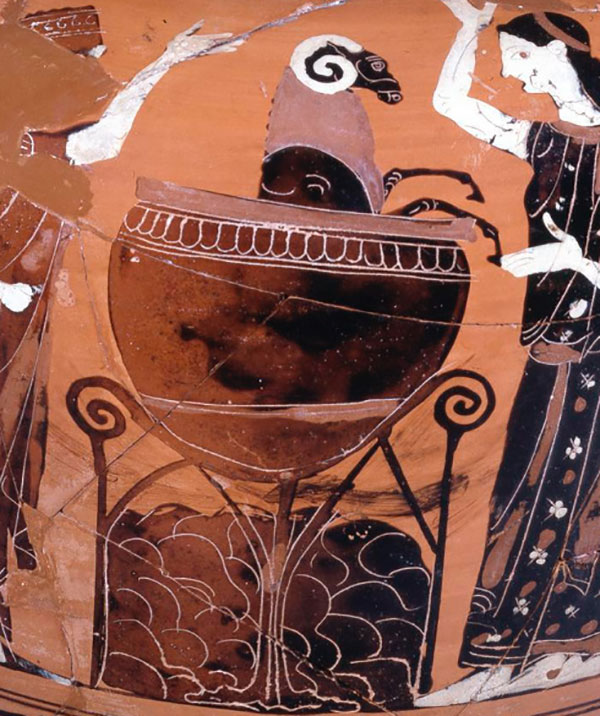 Zoomathia Conference: Animals in Antiquity and the Middle Ages

The ZOOMATHIA research network is organizing an international Conference in Nice on October 21 and 22, 2022, devoted to “Zoological observation, experience and experimentation on animals in Antiquity and the Middle Ages”.

Proposals for papers (500 words maximum), from established researchers or young investigators, should be sent before June 15, 2022 to the following addresses: [email protected] or [email protected]. They can be formulated in the traditional languages of the Zoomathia network: French, English, German, Italian or Spanish. The scientific committee will communicate its answers at on July 10, 2022.

Additional information, as well as the CFP in French and English, can be found at this website: https://www.cepam.cnrs.fr/sites/zoomathia/2022/05/06/colloque-observation-zoologique-experience-et-experimentation-sur-lanimal-dans-lantiquite-et-au-moyen-age/  (if the link does not work, please copy and paste it in the address box).

TOPICS:
Following the conference “Expertus sum : L’expérience par les sens dans la philosophie naturelle médiévale” organized in 2009 by I. Draelants and Th. Benatouïl, this conference will study the ancient testimonies of a practical, programmed, instrumented or interactive investigation on and with animals, as well as the hints revealing experimental protocols.

As early as the investigations on nature carried out by the pre-Socratics (Alcmaeon, Anaxagoras, Democritus…) and the first treatises of the Hippocratic Collection, dated from the 5th century BC, the animals appear both as an object of investigation and as a witness for the general understanding of biological phenomena. This double status lies at the heart of Aristotle’s zoological work, which develops applied investigations, on anatomical, physiological and ethological aspects, that will be pursued by physicians of the Hellenistic and Roman eras and by the Arab physicians. Galen left us abundant evidence of this kind of research.

The official history of ancient and medieval science generally gives a weak place to post-Aristotelian zoology, and often considers the Middle Ages to be a poor period from the point of view of scientific perspectives, empirical investigations and epistemological commitments. Can we not reassess the received opinion and “play angel’s advocate”? In other words, can we not identify more resolutely, in those times preceding the scientific revolution, some cases of controlled observation corresponding to an ancient experimental method? Even if the frameworks are different and give less importance to reiteration, quantification, and precise measuring as criteria of validity, different forms of investigation by means of observation, demonstration or refutation are manifest in the texts. Compared to modern ways of experimentation, they participate in the same desire to understand the how and why of the phenomena and to propose a general or systematic expression of them.

The historian’s or philologist’s gaze alone may prove insufficient to grasp the sometimes discreet witnesses of these investigative activities, and the cooperation of the biologist or epistemologist may prove useful in many cases. These collaborations are therefore strongly encouraged.

Topics of interests include (but are not limited to):

– The question of the forms and structures of experimentation, with regard to modern standards of methodological rigor and, in a broader perspective, the epistemological status of the experiments described or commented on in ancient texts.
– The question of the functions of experimentation: how naturalists deal with the two main objectives of experimentation, i. e. the function of research and the function of proof or refutation?
– The impact of regulated observations and experiments on anthropozoological relations: the traces of a reflection, in particular, on the ethical and legal status of the experimental animal; the consideration of its social and economic role.
– The relationship between scientific experimentation and ritual practices (religious or magical) involving the killing of animals. In addition to the common object of these different activities, the presence of similar gestures, the observation regulated by a certain protocol.
– The in-depth study of several themes: for example, that of dissection or vivisection practices and their medical or biological stakes; the descriptions of organized behaviors related to animal intelligence or technique; the use of animals as guinea pigs for pharmaceutical tests.
– Epistemological debates on the role and reliability of observations in the knowledge of animal organisms, and the relationship between theory and empirics in biology.
– Iconographic evidence for zoological experience or experimentation