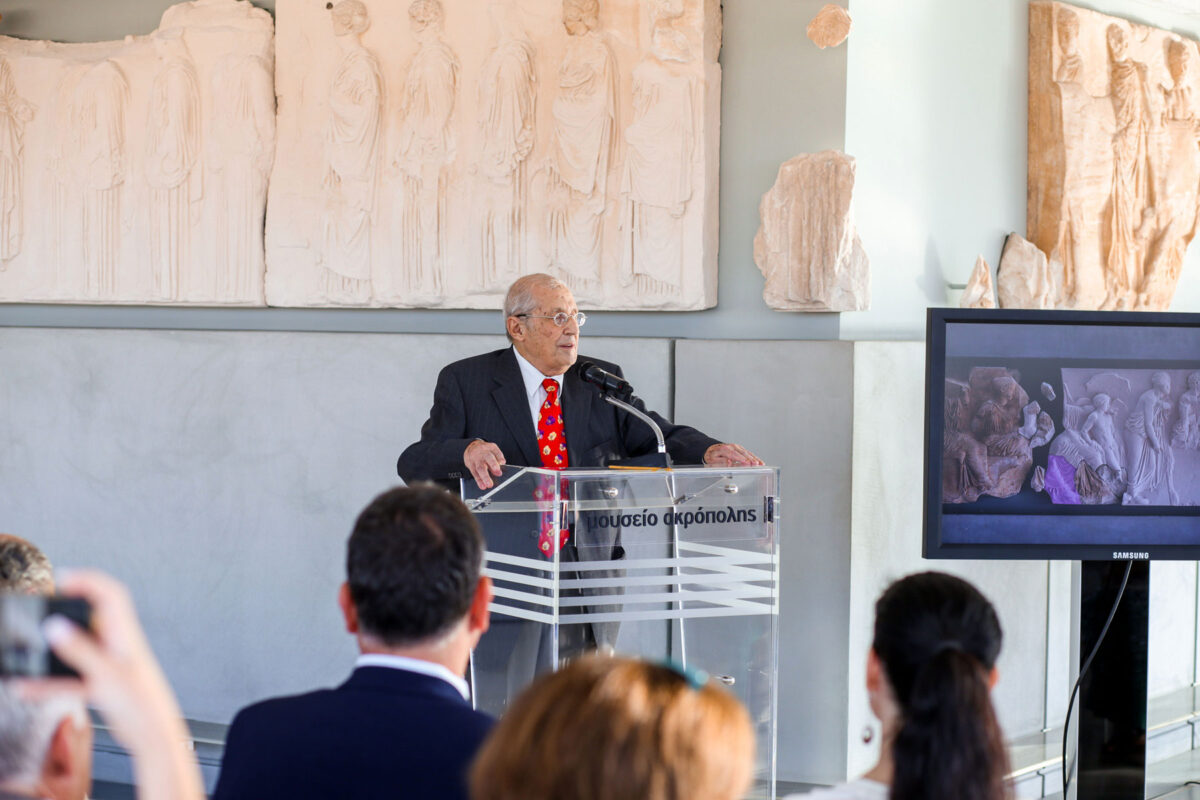 Dimitris Pantermalis has passed away

President of the Board of the Acropolis Museum

The Minister of Culture and Sports Lina Mendoni made the following statement: “It is with great sadness that we say farewell to a rare scientist, an inspiring teacher, a valuable partner, a good friend. The path of Dimitris Pandermalis is full of outstanding achievements in the science of Archaeology. He was a pioneer,heading the excavations at Dion, where he created an innovative archaeological and natural park. He brought new, modern ideas, as President of the Department of History and Archaeology and Dean of the Faculty of Philosophy at the Aristotle University of Thessaloniki. However, his great work, his life’s vision, was the Acropolis Museum, which he served wholeheartedly from the very beginning. He was the soul of the Museum, when it was still only on paper. He was there, at every stage of its creation and up to his last moment. We owe it to him that Greece has one of the greatest and most beloved museums in the world, an exemplary museum of cultural management, which honours our Culture and our country.  A museum that in its 13 years of operation, transmits daily , in the most essential way the message of the reunification of the Parthenon Sculptures in the land of their birth to the millions of visitors who come from every corner of the world .He invested his personality, prestige, passion, philosophy and dedication in the goal of making the Museum function excellently . We owe him a lot. His loss is painful to all of us who knew him, who worked with him for over twenty years, who was a dear friend. My deepest condolences to Stefanos.”