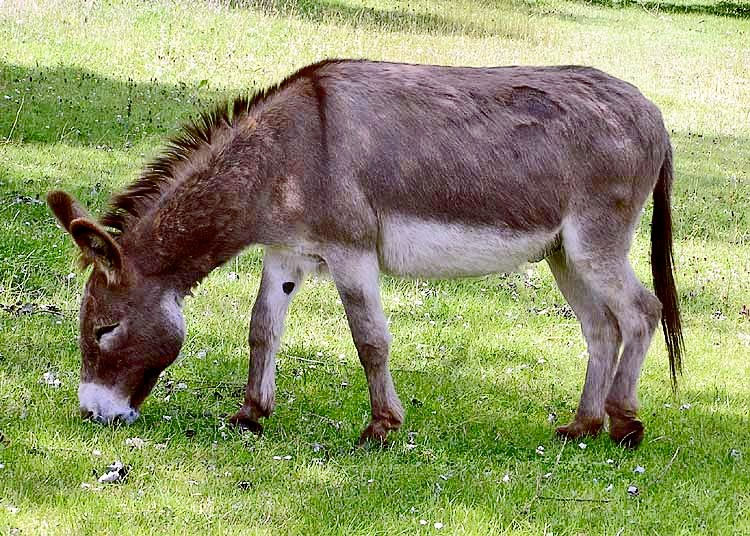 Donkeys were domesticated 7000 years ago

This is shown by the analysis of their genome

Around 5000 BC, i.e. 7000 years ago, the first domestication took place in East Africa of the donkey, that wronged, very likeable and very useful animal to man This is revealed by the comprehensive analysis of 238 genomes of modern and ancient donkeys by researchers from various countries who published their findings in the “Science” journal.

Donkeys may not have the popularity or prestige of horses, but they have actually played a pivotal and unappreciated role in human history. The domestic donkey (Equus asinus) has been very important to humans for thousands of years, tirelessly providing many cultures with its services as a pack animal, for long distance transportation and other tasks.

Despite its importance around the world, until now little was known about its origin, its domestication and its long coexistence with humans. Although donkeys continue to provide  valuable help to low and middle-income populations, especially in semi-arid and semi-mountainous regions, to this day, they  have not been adequately studied by the scientific community.

The new study, led by evolutionary biologists Ludovic Orlando and Evelyn Todt of France’s Université Paul Sabatier, estimates that the animal’s initial domestication occurred once, rather than many times at once, somewhere in Eastern Africa (probably in Kenya). Subsequently domesticated donkeys first spread to Egypt and Sudan, gradually throughout the “dark” continent and from there to Eurasia, where various individual populations of the animal were isolated and became differentiated (that is why today not all donkeys look alike).

The study identified, among other things, the genetic evidence of an important lineage of donkeys from the region of the Levant  (Middle East) that existed 2,200 years ago and made a large genetic contribution to the donkeys of Asia. More generally, the scientists found strong evidence of frequent and significant crossbreeding and interbreeding between ancient donkey populations.

Among other things, the researchers analyzed nine genomes of ancient donkeys from the archaeological site of a Roman villa in northeastern France from AD 200-500, which appears to have been a breeding centre for the animals in question. Genetic data show that the Romans bred African and European donkeys to create giant donkeys that stood 1.55 meters tall, about 25 centimeters taller than a typical donkey.