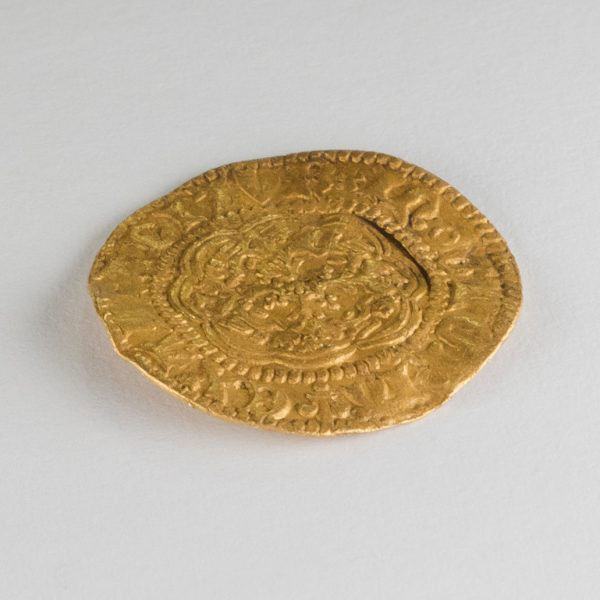 A gold coin that was recently discovered on Newfoundland’s south coast may be the oldest-known English coin found in an archaeological context in Canada.

The coin was found during the summer of 2022 by Edward Hynes, who reported it to the Provincial Government as required under the Historic Resources Act.

Consultation with Paul Berry, former curator of the Bank of Canada’s Currency Museum, indicates the coin is a Henry VI quarter noble, minted in London between 1422 and 1427. The coin would have been a sizeable amount of money in the 1400s, valued at 1 shilling 8 pence.

In 2021, a silver coin minted in the 1490s, was found at Cupids Cove Plantation Provincial Historic Site. At that time, it was considered the oldest English coin ever found in Canada.

Exactly how the gold quarter noble coin made its way to Newfoundland and Labrador is a mystery; however, Mr. Berry says the coin was probably not in circulation when it was lost.

Research on the coin is continuing and further work on the site where it was found may be conducted in the future.