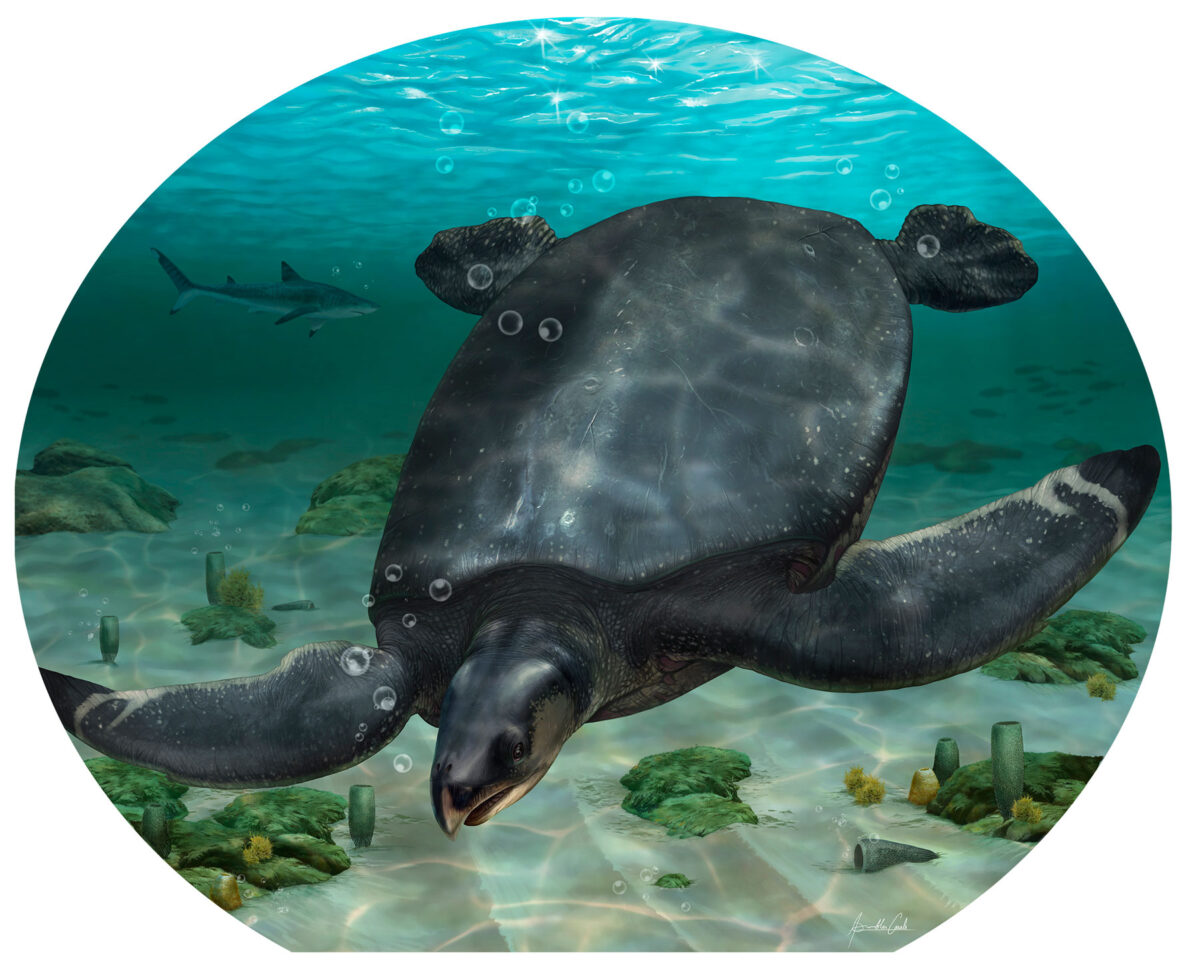 A new species of huge ancient sea turtle has been discovered in Spain the dating of which shows that it had lived around 72 to 84 million years ago. 3.74 meters long, it is the largest sea turtle ever found in Europe and one of the largest ever to have lived on Earth.

The largest known sea turtles in the history of the planet, such as those of the ancient extinct Archelon genus, reached a length of 4.6 meters and weighed up to 3.2 tons. They lived in seas around North America during the late Cretaceous period. Until now, no sea turtle, extinct or alive, exceeding one and a half meters in length had been discovered in Europe.

Researchers from the Catalan Institute of Paleontology of the Autonomous University of Barcelona led by Ángel Luján and Albert Seles, who made the relevant publication in the “Scientific Reports” journal, found the new giant fossil in the Cal Torrades region of northeastern Spain. The new species was named Leviathanochelys aenigmatica.

The Spanish scientists concluded that gigantism in sea turtles developed independently in both North America and Europe.