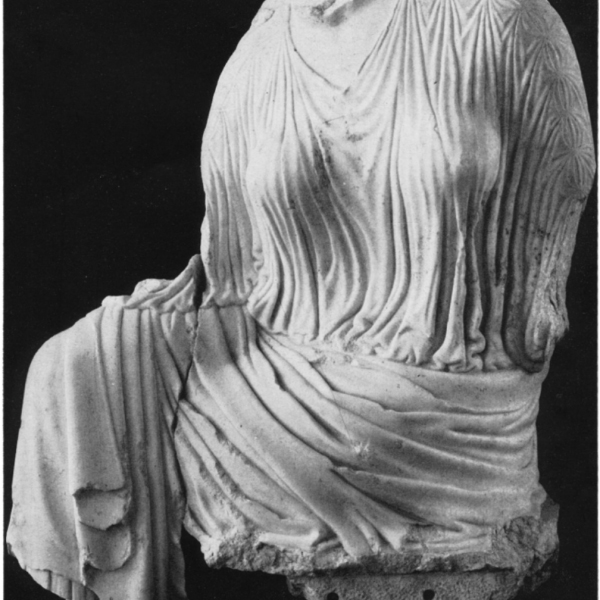 Ιστοσελίδα
In 1936 a fragmentary statue – a fifth-century BC Greek original, made in marble – was found during American excavations at the Royal Palace of Persepolis.
27 01 '20 12:50

A Greek Lady from Persepolis

The Centre of Hellenic Studies and Department of Classics at King’s College London, in collaboration with The Courtauld and the Institute of Classical Studies, are delighted to announce the 2020 Rumble Fund Lecture in Classical Art:

Prof. Salvatore Settis
“A Greek Lady from Persepolis: A statue of Penelope and her Roman sisters”

In 1936 a fragmentary statue – a fifth-century BC Greek original, made in marble – was found during American excavations at the Royal Palace of Persepolis. The statue must come from an (unidentified) Greek city: initially, it was considered plunder from some Persian invasion or occupation; more recent research suggests it may have been a diplomatic gift to the Great King. The sculpture has been correctly identified as Penelope, and it compares closely with six Roman copies of the same subject, all of them found in Rome. The quandary, though, is that the Persepolis statue was buried when Alexander the Great burnt down the palace in 336 BC: so how is it possible that copies of it were made in Rome just a few centuries later? The intriguing biography of this ‘Greek lady’ from Persepolis poses radical questions across the fields of art history, classics and archaeology: about original and copy, about Greek and Persian cultural interactions, about word and image, and not least about style and meaning.

When: 18:30 Wednesday 25 March 2020
Where: Great Hall, King’s Building, King’s College London (Strand Campus), WC2R 2LS
There will be a reception after the lecture, to which all are warmly invited.
Tickets: Tickets are complimentary, but places are limited:
Rumblefund2020.eventbrite.co.uk

Prof. Salvatore Settis has been Director of the Getty Research Institute in Los Angeles (1994–1999) and of the Scuola Normale Superiore in Pisa (1999–2010). He currently chairs the Scientific Council of the Musée du Louvre. Among his works in English are ‘Giorgione’s Tempest: Interpreting the Hidden Subject’ (Cambridge, 1990), ‘The Future of the “Classical”’ (Oxford, 2006); ‘The Classical Tradition’ (edited with A. Grafton and G. W. Most: Cambridge MA, 2010); and ‘If Venice Dies’ (New York, 2016). In 2015 he co-curated the landmark exhibition on ‘Serial/Portable Classic’ in Milan and Venice, working with the Fondazione Prada.

For more information, and for registration, please visit:
https://www.eventbrite.co.uk/e/rumble-fund-lecture-in-classical-art-2020-a-greek-lady-from-persepolis-a-statue-of-penelope-and-her-tickets-68762268797