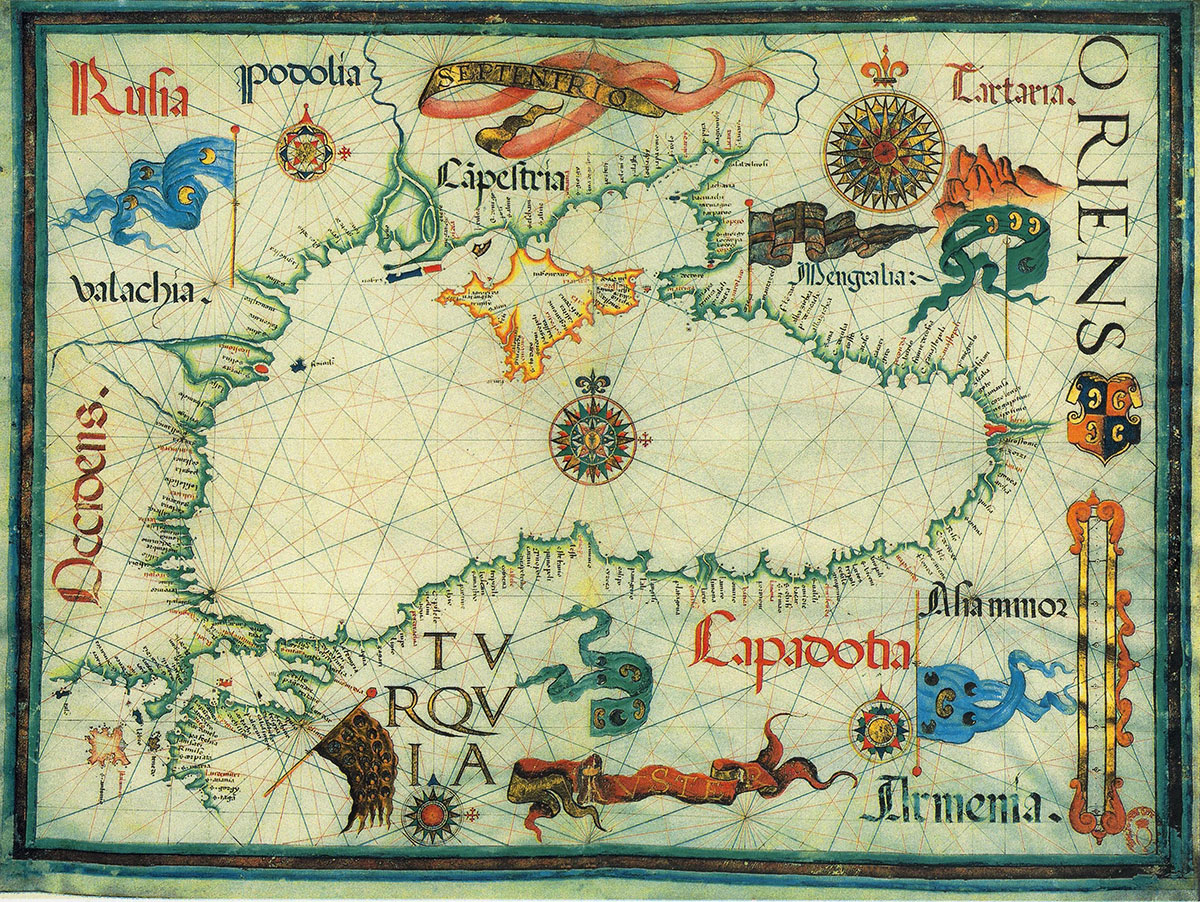 Please note this is a virtual program; advance registration is required.

This talk, arising from the forthcoming volume The Land Between Two Seas, looks at Eastern Europe—from the Adriatic all the way to Poland and Lithuania—and its interaction with the larger Mediterranean artistic and cultural melting pot in the early modern period. Connected by strong riverine ties to the seas of the Mediterranean system (from the mare nostrum itself through the Sea of Marmara, the Black Sea and the Sea of Azov), this hinterland raises questions about center and periphery, hybridity, and the sites of artistic innovation. Focusing on a cathedral in Wallachia (c. 1512-1517) I explore this liminal zone mediating between Western Europe and Central Asian cultures that is now essentially lost in a twilight space of “Byzantium after Byzantium”. Yet, as I will argue, this territory “between two worlds” had an identity of its own, fluid and unstable and therefore more flexible and elastic in art, manners, tastes and even faiths.

Alina Payne is Alexander P. Misheff Professor of History of Art and Architecture at Harvard University and Director of Villa I Tatti (Florence). Most recently she published L’architecture parmi les arts. Matérialité, transferts et travail artistique dans l’Italie de la Renaissance (Hazan/Louvre 2016). She is the editor of a number of volumes among which The Renaissance in the 19th Century (with Lina Bolzoni; I Tatti/Harvard, 2018); The Companion to Renaissance and Baroque Architecture (Wiley/Blackwell, 2017); and Histories of Ornament: From Global to Local (with Gulru Necipoglu; Princeton, 2016). In 2006 she received the Max Planck and Alexander von Humboldt Prize in the Humanities and is Fellow of the American Academy of Arts and Sciences. She has held visiting appointments at the GSD (Harvard University), Villa I Tatti, Kunsthistorisches/ Max Planck Institut Florence, École Pratique des Hautes Etudes, Paris, Hertziana/ Max Planck Institute, Rome and Max Planck Institute, Berlin.