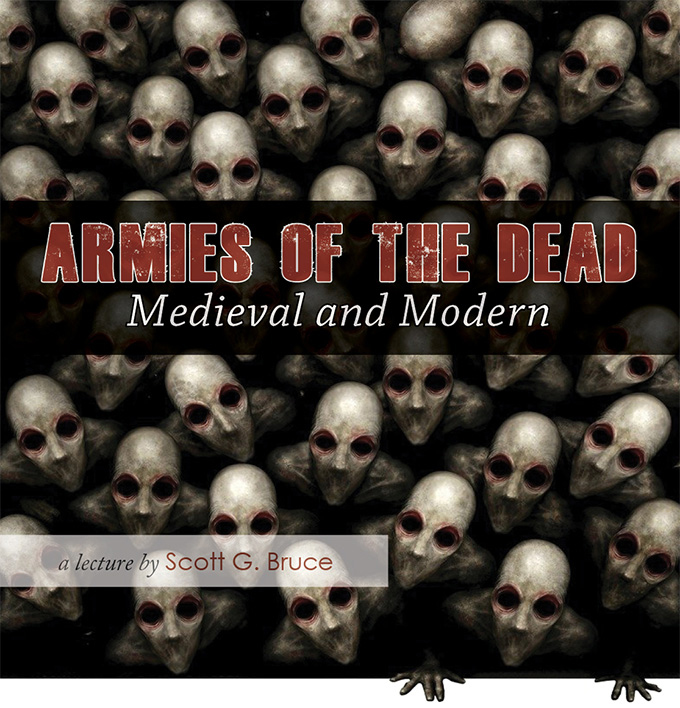 Armies of the Dead: Medieval and Modern

Armies of the risen dead are a familiar motif in modern fantasy literature, but they have a long history in the Latin Middle Ages. This talk examines the meaning and function of undead warriors in medieval Europe. Reports of phantom armies occurred in antiquity and the early Middle Ages, but they increased in the eleventh century and were especially common in the period of the Christian Crusades to win back the Holy Land from the Muslims (1095-1291). The appearance of the dead in battle dress often foretold a slaughter, but warrior souls also marshaled to come to the aid of pious Christian lords who had fought against the enemies of God or who had been diligent in giving alms for the relief of souls in purgatory. The returning dead were not always benevolent, however. By the twelfth century, a tormented troupe of dead soldiers and their grim entourage known as Hellequin’s Horde roamed across northern Europe, their “mad course of endless wanderings” a penalty for the sins they had accrued in life. The talk concludes with a discussion of the appearance of similar apparitions in modern times, especially during the First World War.

Scott G. Bruce (Ph.D. Princeton University, 2000) is professor of medieval history at the University of Colorado at Boulder, where he teaches courses on the history of western Europe from the fall of Rome to the twelfth century. A specialist on the history of medieval monasticism, he is the author of two books, many scholarly articles, and over ninety book reviews.