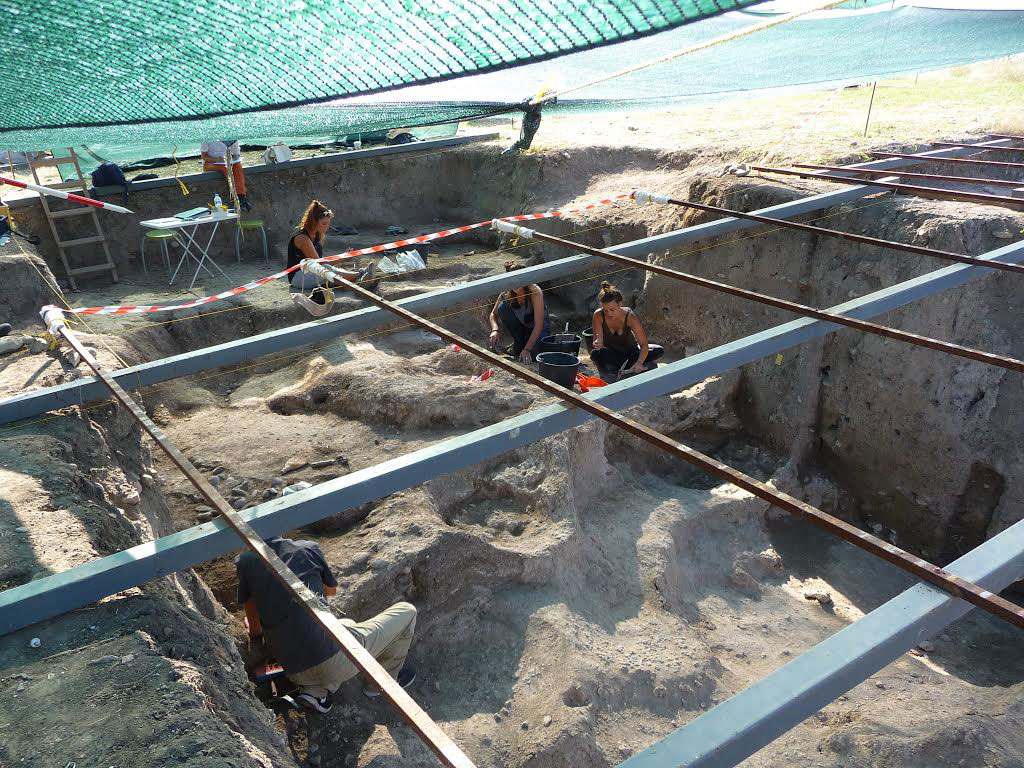 Paliambela Kolindros: an early community at the onset of the Neolithic in Greek Macedonia

Professor Kostas Kotsakis (Aristotle University of Thessaloniki) will address the topic “Paliambela Kolindros: an early community at the onset of the Neolithic in Greek Macedonia”.

Excavations at Paliambela Kolindros in Pieria have been carried out since 2000. Carbon-dated to the 66th century BCE, Paliambela rates among the earliest farming settlements in Greece. A “pioneer site”, Paliambela preserves extraordinary evidence connected to the social life of the initial agriculturalists. Contrary to common sense expectations, early farmers of Paliambela set up their living space in a unique, sophisticated way, keeping daily activities distinctly separate. At least one public place was devoted to food preparation and storage, with permanent installations, while the small pit-dwellings placed around it were kept particularly clean, with no evidence for food preparation or storage. The collective preparation and consumption of food as a daily activity is an indication of the strong tradition of communality active in this early community. This is probably the first time that a social institution of this kind can be clearly documented archaeologically, and raises some interesting questions related to the neolithization process in Greece.

The Upper House Seminar is organized by the British School at Athens.

* Please note that the entrance will be open until 7.15 p.m.