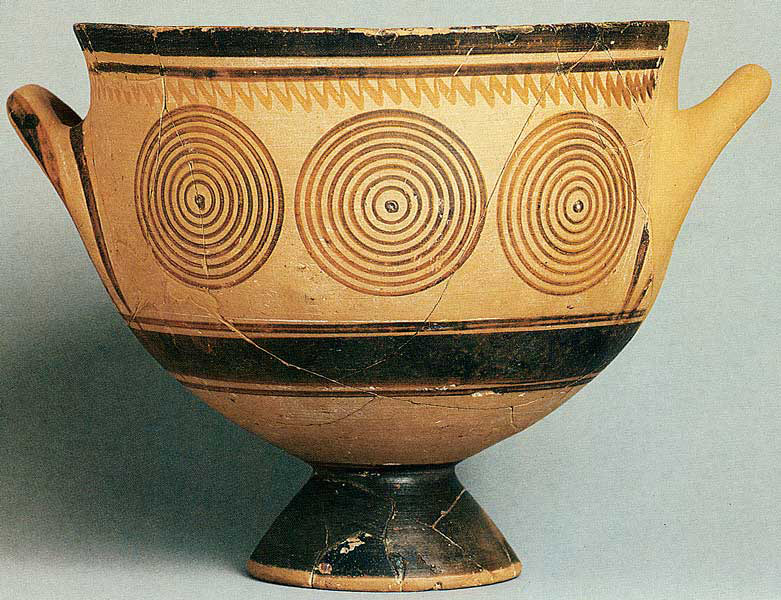 The research centre in Archaeology and Cultural Heritage (CReA-Patrimoine) of Université libre de Bruxelles and the Department of History and Archaeology of the University of Athens organise the conference Pots, Workshops and Early Iron Age society: function and role of ceramics in Early Greece dedicated to the study of the various aspects of the Greek Early Iron Age Pottery from the Mediterranean region.

Over the past decades excavation results and the use of a multi-disciplinary approach to the study of Greek pottery have contributed to a better understanding of the different practices between the production, function and use of the pots. The aim of this conference is to challenge approaches and interpretations to the EIA society through the study of ancient ceramics.

Pottery as material evidence constitutes one of the main artistic expressions of the early societies and it is in that way indicative of social necessities and practices. Variability in the production of pottery has stimulated studies on regional pottery workshops and local styles. Is it possible and up to what degree, to detect patterns and diversities in Early Greek community practices (domestic, funerary, ritual) through the production and dissemination of pottery styles?

What can be said about the different uses of shapes within different or even similar contexts? Variations between the functional aspect and use of pottery may be regarded as important indicators of social expressions and changes. In addition to the artistic and technological aspects involved in their study, ancient ceramics are invaluable testimonies to human expressions, reflecting the needs, aspirations and ideas of the societies that produced and used them.