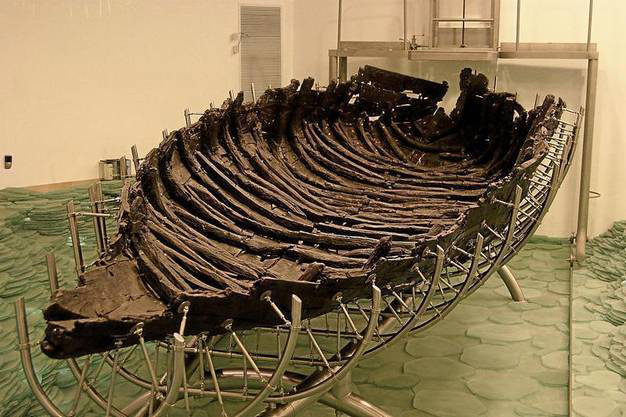 The Sea of Galilee Boat

AIA National Lecture by Shelley Wachsmann (Institute of Nautical Archaeology, Texas A&M University). In 1986 he directed the excavation of the Sea of Galilee Boat, a 2,000-year-old boat found in the Sea of Galilee (Yam Kinneret) near the ancient site of Migdal.

In 1986 a 2,000-year-old boat was discovered in Israel on the banks of the Sea of Galilee
(Yam Kinneret) near the ancient site of Migdal. In a daring and hair-raising non-stop
adventure, directed by the speaker, the boat was excavated, packaged in its entirety, and
moved to a specially-prepared conservation pool at the Yigal Allon Museum at nearby Kibbutz Ginosar where it is now on exhibit.

The boat lived its life during the first centuries BC-AD. This vessel is apparently
representative of the large-type all-purpose fishing boats common on the lake during that
time. Research reveals, beyond reasonable doubt, that this is the type of boat mentioned
in the Gospels, used by the disciples of Jesus. It is also the type of boat used by the Jews
in the brutal nautical Battle of Migdal in AD 67, against a makeshift Roman fleet.

The lecture describes the adventure of the boat’s discovery and excavation, and then
delves into what research has revealed about the boat and its milieu.