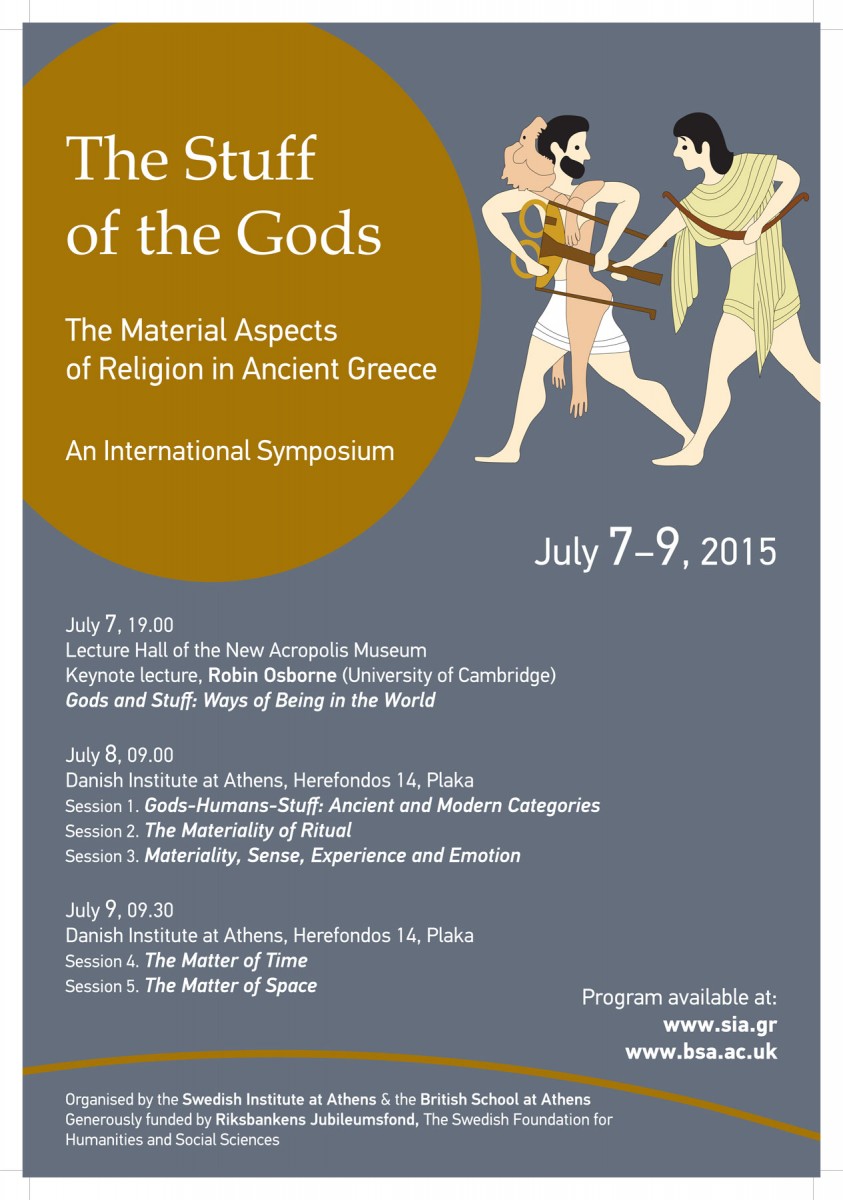 The Stuff of the Gods

“The Stuff of the Gods. The Material Aspects of Religion in Ancient Greece”. An International Symposium organized by the Swedish Institute at Athens and the British School at Athens.

The gods of the Greeks liked things. Greek religion is inseparable from its temples, altars, statues, and votive offerings; the last of a dazzling variety, ranging from gleaming bronze tripods or elaborate gold jewelry, to simple terracotta figurines, used shoes and dirty pieces of clothing. As a corollary, to understand Greek religion one has to integrate into any study of its theology and rituals, its distinctive materiality.