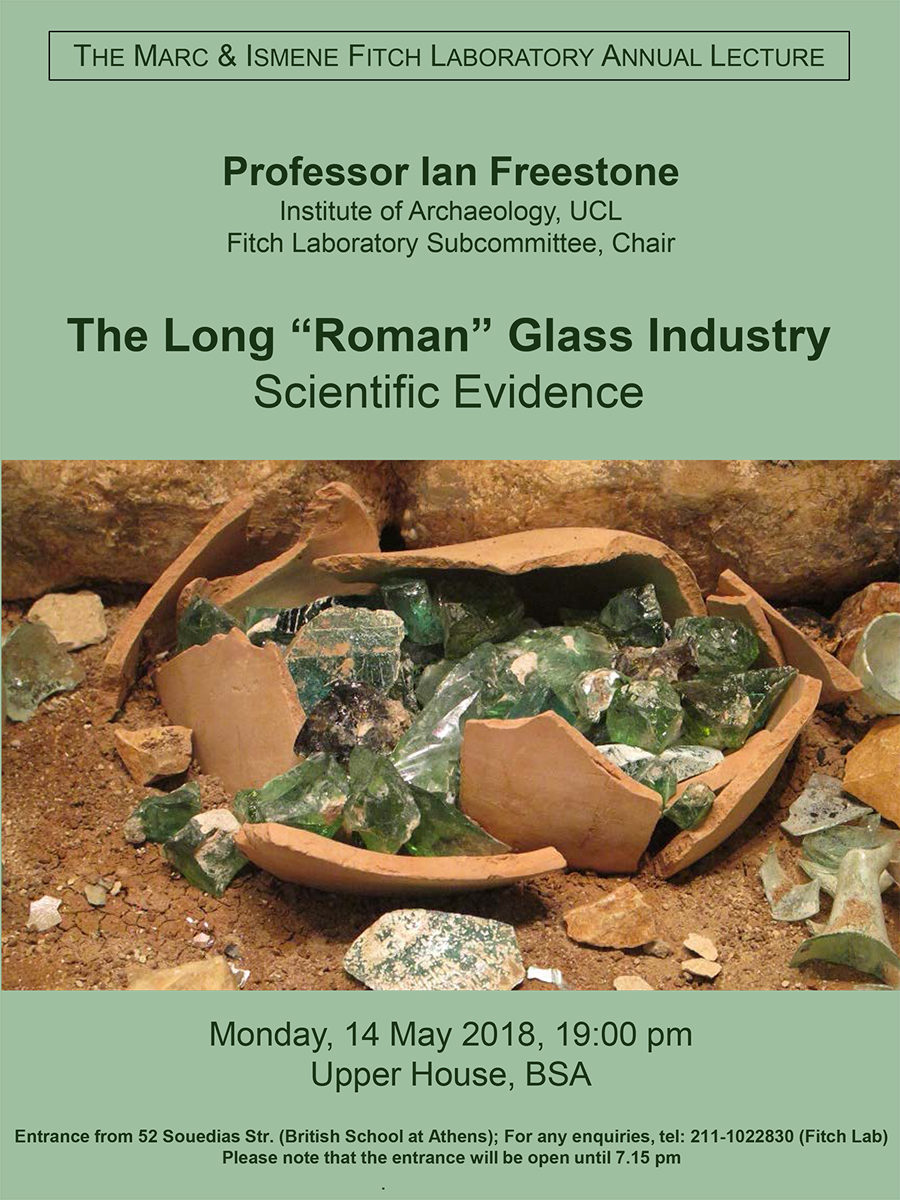 Fitch Laboratory Annual Lecture on the 14th of May 2018. Prof. Ian Freestone (UCL, Chair of the Fitch Laboratory Subcommittee) will speak on The Long ‘Roman’ Glass Industry – Scientific Evidence.

By the late first millennium BCE, glassmakers in the eastern Mediterranean were making their glass from a mixture of coastal sand and naturally occurring soda (“natron”) from Egypt.  The raw glass was made on a scale of many tonnes and shipped in lumps around the ancient world, to be re-melted and converted into artefacts.  This mode of production allowed a significant up-scaling of the industry, accommodating developments in shaping processes such as slumping and blowing, so that large public buildings could be furnished with many tens of tonnes of glass window and mosaic.  Natron glass dominated production until the eighth-ninth centuries, when technologies based upon the use of the ashes of burnt plants and trees became dominant.

From excavation evidence and compositional analysis, it is possible to distinguish at least nine compositional groups representing different primary production centres in the eastern Mediterranean.  Their durations range from several hundred years to as little as a few decades.  The production of raw glass does not appear to have occurred in Europe. Deliberate colouration or decolourisation techniques effectively branded the glass, informing the craftsmen about its working properties. Some regions appear to have preferentially received specific types of glass, potentially providing insights into contact, trade and (possibly) consumer taste.  Evidence for recycling is frequent and by the ninth century CE the stripping of glass from large buildings for re-use appears to have occurred.