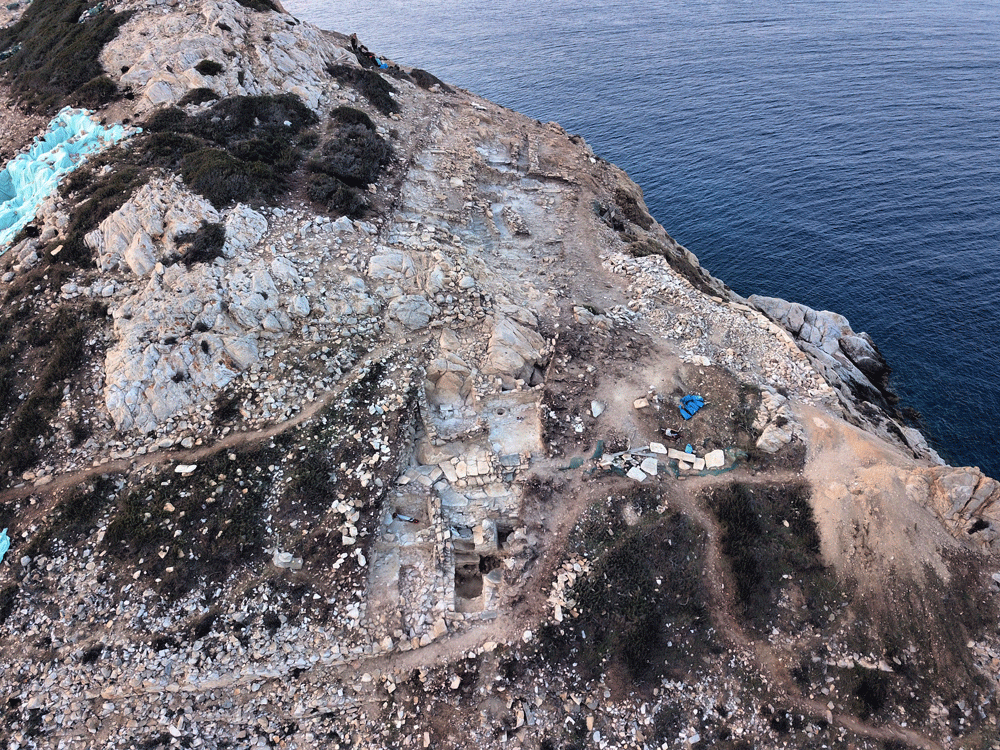 The sanctuary at Keros in the Early Bronze Age

The Bachelor Programme “Studies in Hellenic Culture” of the Open University of Cyprus and Aegeus – Society for Aegean Prehistory invite you to a public archaeological online lecture on the excavations of the University of Cambridge at the prehistoric sanctuary of Keros, on Thursday 7 May 2020.

“The sanctuary at Keros in the Early Bronze Age: from centre of congregation to centre of power”

In the third millennium BCE Aegean, widely dispersed communities manifested connectivity through perennial gatherings at centres of congregation such as Keros or Knossos. New excavations at Keros in the central Cyclades offer unparalleled opportunities to investigate the material bases of such connections, and the networks of material, information, people and skills which were formed and reformed through developing processes of communication.

Keros, around 2750 BCE, became a focal point for such gatherings. Visitors brought with them choice materials, including the ‘Cycladic figurine’ and the ‘sauceboat’, for consumption in deposition rituals in two ‘special deposits’. Around a century later came an intense period of construction and monumentalisation on a prominent promontory immediately west of the special deposits. This construction project, involving unprecedented investment of labour and showing clear signs of planning, created a new type of settlement, unrelated to the farming villages of earlier periods. The settlement at Dhaskalio shows all the hallmarks of incipient urbanisation, the first such site in the central Aegean.

Amidst the flow of goods and people through the site, metal stands out: Dhaskalio was quickly established as the premier metalworking centre of the Cyclades. Metalworking was ubiquitous in the settlement, where besides copper and lead possible evidence for working of gold and silver is now being assessed. Metalworking may have been one of the first activities performed on Dhaskalio, even before the construction of the settlement; the gathering of the raw materials and skills needed was facilitated by the networks already in operation for the perennial ritual deposits. The objects made there, especially the dagger, expressed a new notion of identity through maritime networks centred on Keros.

The Keros excavations of 2016-2018 have shone a rare light on a world in transition, a time when the flow and rapidity of information exchange brought about a first information revolution. The evidence from Keros foreshadows the urbanisation about to occur in the region in the following centuries, a first sign of permanent change at all levels of society.