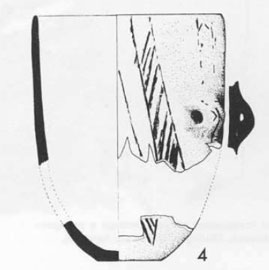 How an archaeologist works

In preparing for an excavation an archaeologist studies all available sources of information about the site such as ancient written sources, inscriptions lying in situ or elsewhere, sherds found lying about or finds discovered incidentally when the foundation for a house is being dug. Incidentally the Greek Archaeological Service does its best to control building activity in places close to well-known historic or archaeological districts. Buried remains can be located by methods such as aerial photography, magnetic prospecting, electrical resistivity surveying, archaeologists also use the help of soil conductivity meters, microwaves and radio transmission. In an “ideal” excavation the site is selected, there follows the drawing up of a chart in which the area is divided into squares. Each square of the canvas of the area denoted is numbered, and excavated very carefully in layers each of which contains finds from different periods in time, Roman, Byzantine and so on. The excavated soil is never thrown away before being carefully sifted. Archaeologists examine the different strata of the ground which in the case of archaeology are formed in very short periods of time unlike geological strate which take thousands of years to form.