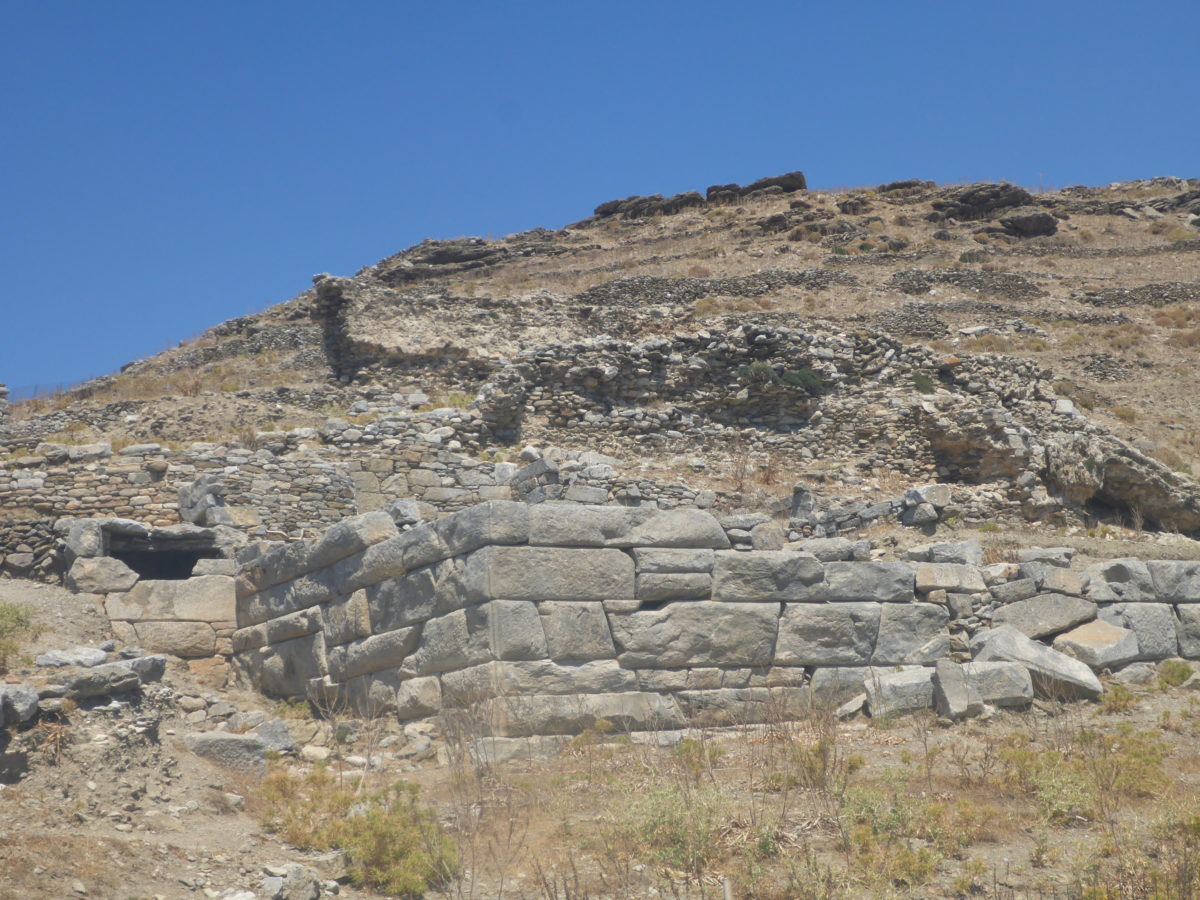 However, only Minoa of Amorgos has been identified, while it is known that there were other cities with the name “Minoa” outside the Cyclades, on Samos, in Palestine, in Megara and in Sicily. Nevertheless, in spite of the fact that Minoa of Amorgos has never been a Minoan city, according to archaeologists, oral tradition of the island spoke of the monumental remains of a building, still standing in situ, as the “summer palaces of king Minos”. Later on, archaeological surveys proved that this was in fact a Roman cistern with various preserved architectural elements. But the myth was still alive and led to many illegal excavations at the site in search for the alleged treasure of the king of Crete. Of course no treasure has ever been found, but it seems that numerous gold artefacts were found and eventually sent to the big museums abroad. (Source: http://www.tovima.gr/opinions/article/?aid=99804)