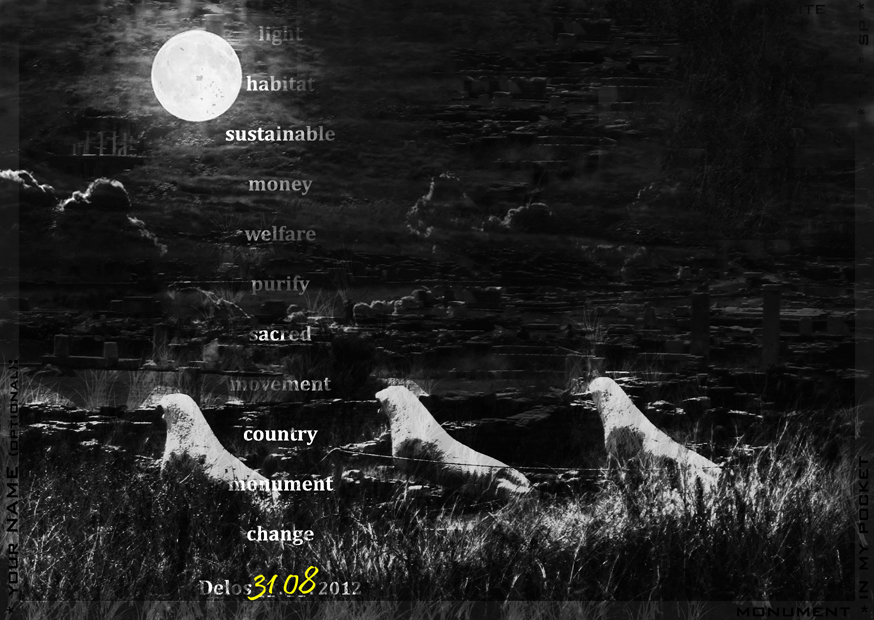 UN/INHABITED examines the polar theme ( Inhabited-Uninhabited)
that refers both to habitation and to habit; the type of environment in which an individual
or group normally lives and something that is fixed by habit; accustomed. The project is inspired
and will partly take place in the un/inhabited island of Delos, a sacred and once commercial centre with ruins dating back to over five thousand years.

One of the first and archetypal treasuries of Europe; a form of Central Bank
coincides with the advent of value and law.
Issues of european identity and democratic representation will be addressed
next to questions of value, representation and community that form the core of the project.
The art practices reflect on how identity, community and value are articulated and represented,
and how these social coordinates play out in a network of economic cohesion.

UN/INHABITED investigates the ways in which
environmental issues and urbanisation processes are
negotiated together with issues like history, territoriality and
European-ness and how these elements are related with
economy and value.