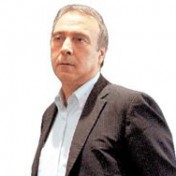 A prize for Eleftherna’s supremo

Archaeology professor and Eleftherna excavator N. Stampolides was recently awarded a special prize for his contribution to archaeology. The prize was handed by the “Arcadi” Society on the occasion of its 80th anniversary.

Dr. Stambolidis was chosen due to his work and research in Eleftherna a site important and spectacular enough to be included in the top 10 archaeological sites worldwide. Thanks to Dr. Stambolides'  efforts and continuous work, we now know that the so-called Dark Ages of Greece were not so dark after all…as in Crete a prosperous community represented in Eleftherna’ s finds flourished enough to leave unique tokens of its organization, its beliefs and its wealth. The archaeological site’s transformation to an archaeological park is also pioneering for the Greek standards and paves the way for similar actions in relation to site conservation in the future.

The “Arcadi “ Society is a historical mind-child of illustrious representatives of modern Greek thought, awarding prizes in equally important people. This is only the second time the society awards a prize, the previous one being for the Patriarch Bartholomew of Constantinople.