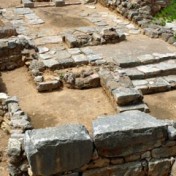 Lack of human as well as financial resources prevent Greek museums to operate smoothly. Difficulties in Greek economy,  expected to cause an increase to the age-limit of the existing workforce in the future, force current museum workers to seek an early, reduced pension as soon as possible, while lack of funds prevents hiring new people in culture-related positions. As a result, museums and archaeological sites can barely operate according to their current, off-season, timetable. It is also estimated that it will be impossible for sites to cope with the increased service demands that come together with the high-season timetable starting from Spring 2011.