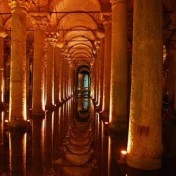 “Visualising the Late Antique City” in the University of Kent

Your tA University of Kent new archaeological programme aims to shed light in one of the less known yet most important historical periods: the Late Roman or Late Antiquity Period.

Known to most of us through either a brief introduction of our “Byzantine History” or the epilogue of our “Antiquity” textbook respectively, Late Antiquity was, according to Kent Prof. Luke Lavan, a crucial period in the development of the civilization of Europe. The programme focuses on researching this diverse historical period (late 3rd – 7th century AD) through urban development seen in a number of cities in Italy, Tunisia,Turkey and other places along the Mediterranean. As expected, the list of cities in consideration is topped by Constantinople (modern Istanbul) as the bridge between East and West and designated capital of the Roman Empire by Constantine the Great.  All cities are explored through a number of factors indicating the use of urban space by its population, including architecture, planning, social groups, men, women and their occupation, public and private space, public monuments etc. Key to this exploration is the fact that many sites were abandoned after Late Antiquity, demonstrating an impressive relevant context in their last settlement phase.

The programme Visualising the Late Antique City  will lats for three years.