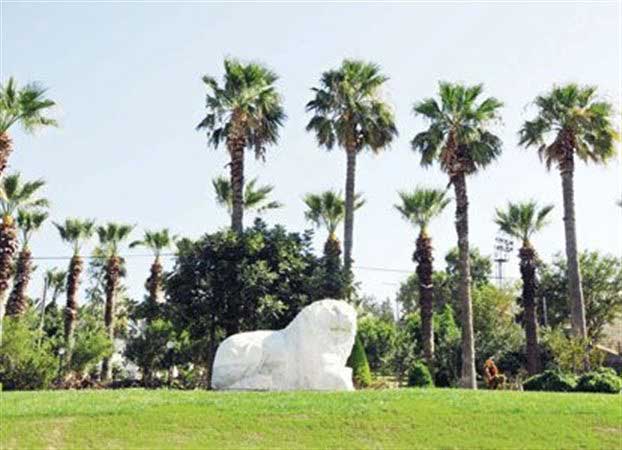 The return of the Weary Herakles statue from a US museum has raised hopes that other smuggled artifacts might be repatriated to Turkey. Officials in Datça are currently asking that the Lion of Knidos and the Demeter statues displayed at the British Museum be returned

The return to Turkey of the top half of the Roman statue Weary Herakles after years of wrangling has raised hopes among officials in Datça that two priceless local artifacts might also be repatriated from the British Museum in London.

Officials have begun a campaign to bring back the Lion of Knidos and a statue of Demeter, which were taken from the ancient city of Knidos in the Aegean province of Muğla’s Datça district to England nearly 150 years ago on a war ship by British officer and archaeologist Sir Charles Newton with special permission from Ottoman officials.

An application has been made to the Turkish Culture and Tourism Ministry to bring back the Knidos statues, Datça Mayor Şener Tokcan recently told Anatolia news agency.

The recent return of the top half of the 1,800-year-old Weary Herakles from the United States had given them hope, he said, adding that he had conducted talks with ministry officials after Weary Herakles was returned to Turkey.

Noting that officials told him that they would also work to repatriate the Knidos artifacts, Tokan said: “It will be very hard to take them back since they were taken with special permission. But we believe that we will succeed in getting them back by appealing to public opinion.”

As such, Tokcan said they would accelerate a campaign titled “Datça wants its statue back.”

Osman Akın, the press director for Professional Tourist Guides and for Datça’s mayor, said the original Lion of Knidos was displayed at the main entrance to the British Museum.

“The fact that the lion is on display at the main entrance of the museum shows that it is a very important historical artifact,” he said, adding that Newton also went to Bodrum and unethically smuggled the remains of Halicarnassus to England.

The eight-ton lion statue dated back to 2000 B.C., the press officer said, adding that it was built as a celebratory piece following a local triumph against the Spartan fleet in 394 B.C. He said the statue was placed on a hill 1.5 kilometer east of the ancient city.

It was designed for all ships to see, he said, adding that features like the expression on the lion’s face, eyeholes and its position were planned in consideration of the sunlight in the area. It was put on a ship with the help of the region’s people over 10 weeks, he said. “Most damage to the statute occurred during this process.”

Copies of the Knidos statues have been created for people to remember that the statues belonged to Knidos, Akın said, adding that the copies had been placed in two parts of a local marina.