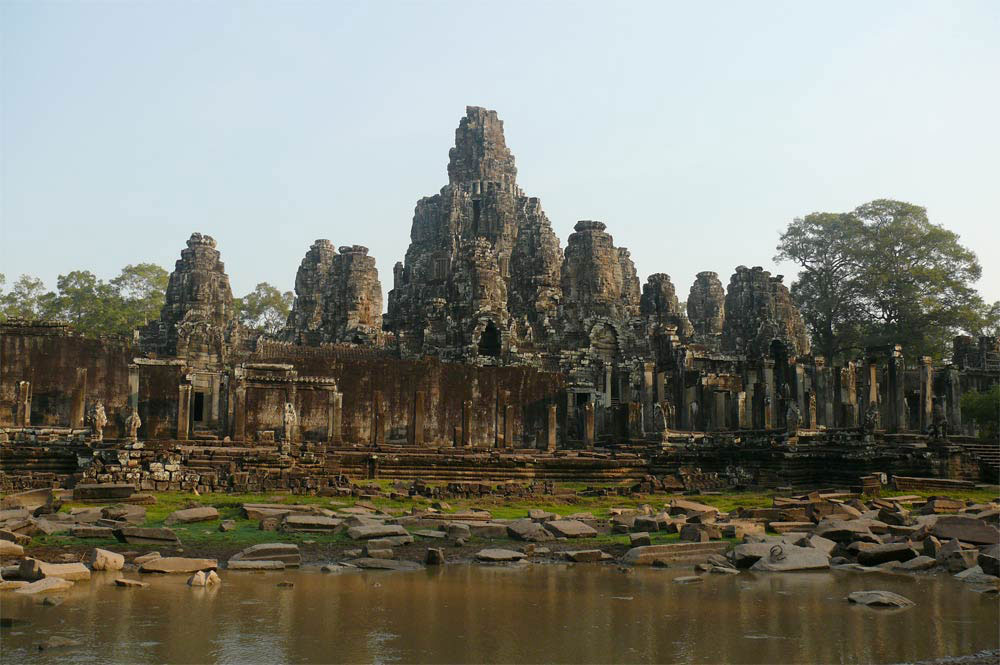 Drought Led to Demise of Ancient City of Angkor

The fall of the Khmer Empire

The ancient city of Angkor — the most famous monument of which is the breathtaking ruined temple of Angkor Wat — might have collapsed due to valiant but ultimately failed efforts to battle drought, scientists find.

The great city of Angkor in Cambodia, first established in the ninth century, was the capital of the Khmer Empire, the major player in southeast Asia for nearly five centuries. It stretched over more than 385 square miles (1,000 square kilometers), making it the most extensive urban complex of the preindustrial world. In comparison, Philadelphia covers 135 square miles (350 sq. km), while Phoenix sprawls across more than 500 square miles (1,300 sq. km), not including the huge suburbs.

Suggested causes for the fall of the Khmer Empire in the late 14th to early 15th centuries have included war and land overexploitation. However, recent evidence suggests that prolonged droughts might have been linked to the decline of Angkor — for instance, tree rings from Vietnam suggest the region experienced long spans of drought interspersed with unusually heavy rainfall.

Angkor possessed a complex network of channels, moats, and embankments and reservoirs known as barays to collect and store water from the summer monsoons for use in rice paddy fields in case of drought. To learn more about how the Khmer managed their water, scientists analyzed a 6-foot (2-meter)-long core sample of sediment taken from the southwest corner of the largest Khmer reservoir, the West Baray, which could hold 1.87 billion cubic feet (53 million cubic meters) of water, more than 20 times the amount of stone making up the Great Pyramid at Giza.