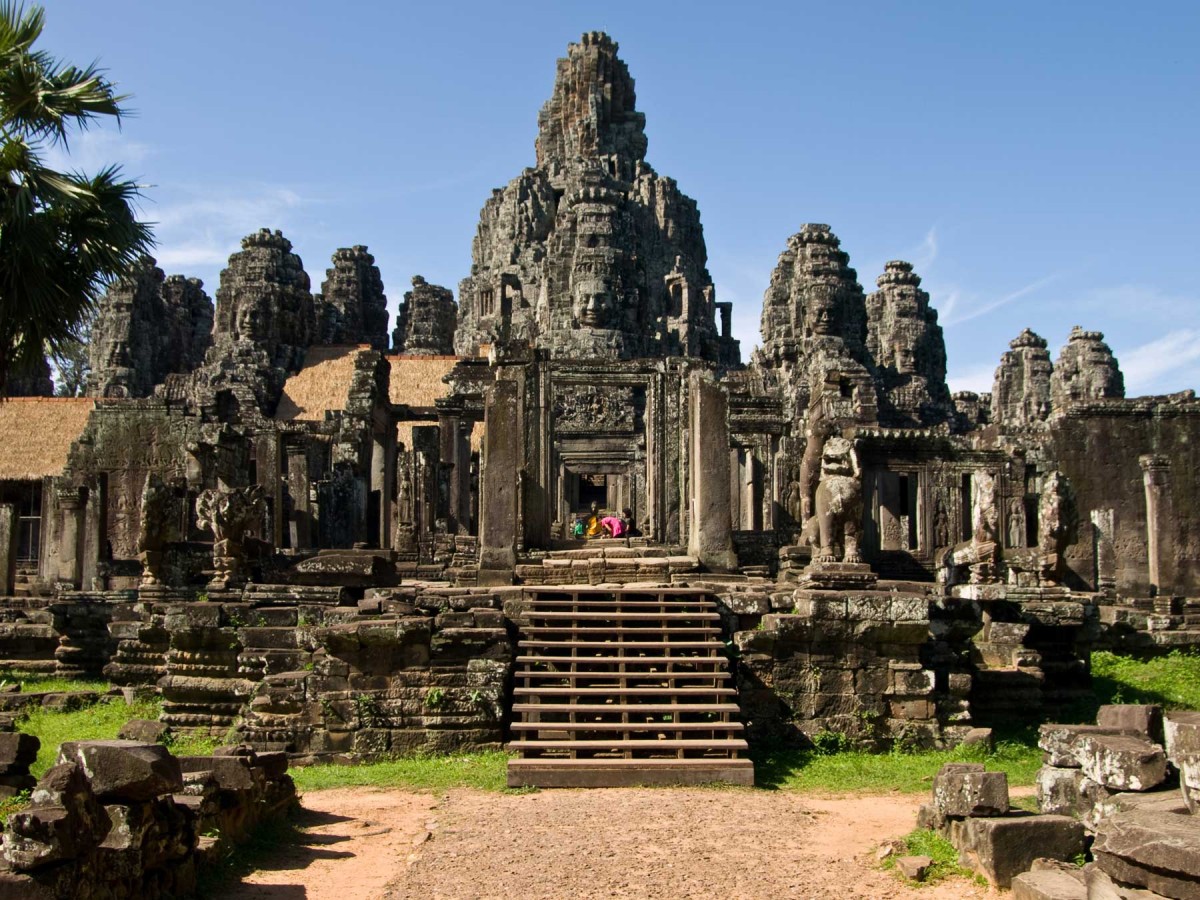 The lost city of Mahendraparvata

Traces of human activity inscribed into the forest floor

A vast cityscape hidden under deep vegetation and linking the Cambodian temples complex was found by researchers with the help of airborne lasers.

It seems that a network of roads and canals belonging to a bustling ancient city linked the Angkor Wat temples complex. The discovery was announced late on Monday in a peer-reviewed paper released early by the Proceedings of the National Academy of Sciences journal. The laser scanning revealed a previously undocumented formal urban planned landscape integrating the 1,200-year-old temples.

The Angkor temple complex, a Unesco world heritage site, Cambodia’s top tourist destination and one of Asia’s most famous landmarks, dating to the 12th century is a point of deep pride for Cambodians, appearing on the national flag.

The airborne lasers produced a detailed map of a formal urban planned landscape, including highways and previously undiscovered temples, hidden beneath dense vegetation atop Phnom Kulen mountain in Siem Reap province. It was the lost city of Mahendraparvata.

“What we have now with this instrument is just ‘bang’ – all of a sudden, an immediate picture of an entire city that people didn’t know was there before, which is remarkable,” University of Sydney archaeologist Damian Evans, the study’s lead author, told Australia’s The Age in a video interview from Cambodia. “So instead of this kind of very long gradual process, you have this kind of sudden eureka moment where you bring the data up on screen the first time and there it is – this ancient city very clearly in front of you.”

“It’s really remarkable to see these traces of human activity still inscribed into the forest floor many, many centuries after the city ceased to function and was overgrown,” he added.

The laser technology, known as lidar, works by firing laser pulses from an aircraft to the ground and measuring the distance to create a detailed, three-dimensional map of the area. It is a useful tool for archaeologists because the lasers can penetrate dense vegetation and cover swaths of ground far faster than they could be analysed on foot. Lidar has been used to explore other archaeological sites, such as Stonehenge.

In April 2012, the team loaded the equipment on to a helicopter, which spent days crisscrossing the dense forests from 800 metres above the ground. Then Australian and French archaeologists confirmed the findings with an expedition on foot through the jungle.

Archaeologists had some reasonable expectations of what they could find using the lidar, but what they found was much bigger: the area of the city was at least 14 sq miles, densely inhabited, and formally planned.

Researchers do not yet know why the civilisation at Mahendraparvata collapsed. One current theory is that deforestations and broken canals and reservoirs may have driven people out.

The next step for researchers involves excavating the site. Evans hopes the excavations will reveal clues about how many people once lived in the city.