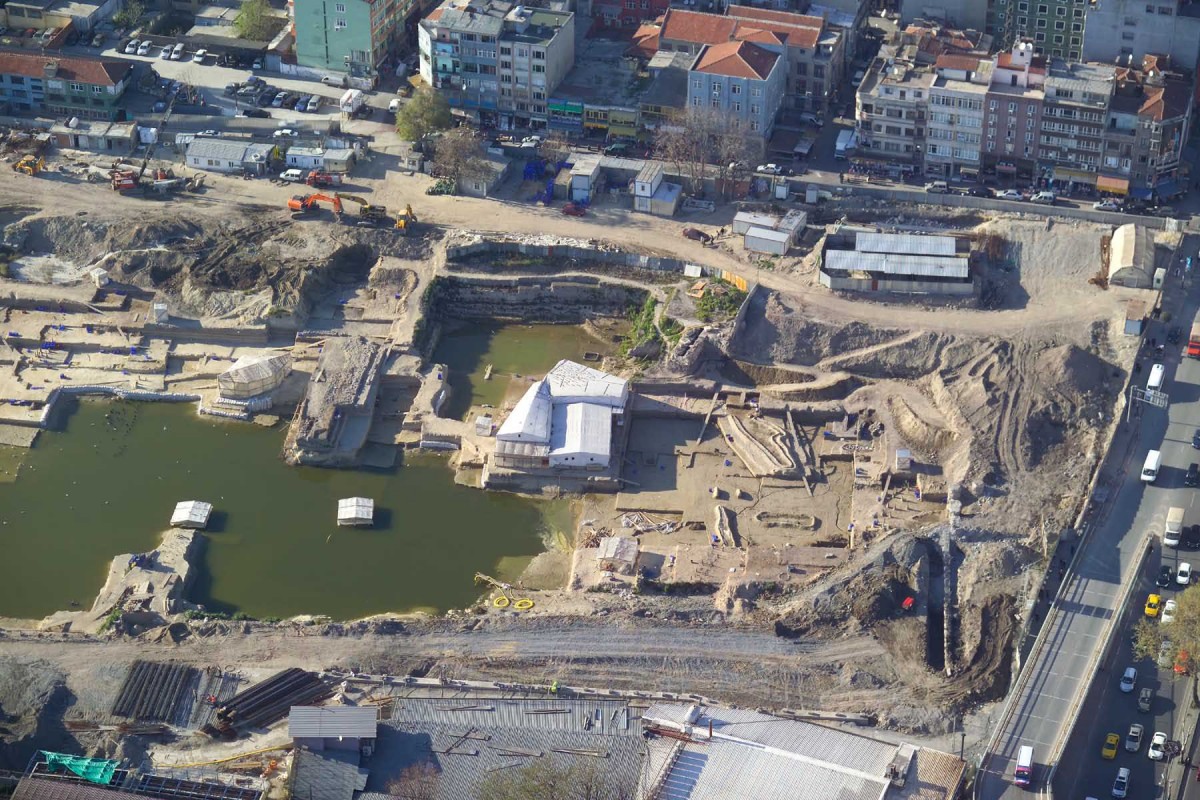 Series of conferences about ancient ship graveyard in Yenikapı

During the Marmaray excavations in Istanbul, a large collection of sunken ships have been brought to light.

The ancient ship graveyard, uncovered during excavations carried out as part of the Marmaray rail and subway projects in Istanbul’s Yenikapı district, is drawing the attention of international scientists.

Associate Professor of Istanbul University’s (I.U.) Department of Marine Archeology, Ufuk Kocabaş, said the ancient ship graveyard in Yenikapı was the richest in the world.

He said they had examined the ships and carried out conservation works in a laboratory they had established, and that due to this discovery from the Byzantine period, Istanbul would have the world’s largest sunken ship museum.

Kocabaş said 36 sunken ships had been found during the excavations and that the mysteries of the ships had been gradually revealed during examinations. “I.U. was the most important assistant to the Istanbul Archaeology Museum, which carried out the excavations. The university has examined total of 27 sunken ships and made the conservation of 31 ships. We have so far finished all documentation of the removed 26 ships,” he said.

Kocabaş added that one of their goals was to inform people about their scientific works: “Within the scope of the project, we have released more than 40 articles and made more than 100 presentations. We have announced our works in scientific meetings in countries such as Britain, Germany, Denmark, Sweden, Spain, Austria and Greece. We have produced programs for national and international documentary channels like National Geographic, Discovery and Arte to provide information about our work. The latest part of this process will be a tour in the United States, organized by the American Friends of Turkey (AFOT). I will give a series of conferences in the U.S. ”

Kocabaş said the invitation had come from the AFOT Deputy President Dr. Elizabeth Shelton. “Shelton told me she was very impressed by our scientific research on these sunken ships. We came together last August and talked about sharing this information in a conference series with scientific circles in the U.S. The book titled ‘Yenikapı’s Old Ships,’ which was the first product of our project, has become the name of the conference series. The Culture and Tourism Ministry will pay the cost of the transportation.” He said that the meetings that would be held in underwater museums would help inform American public opinion, while the conferences at universities would reach academic circles and students.