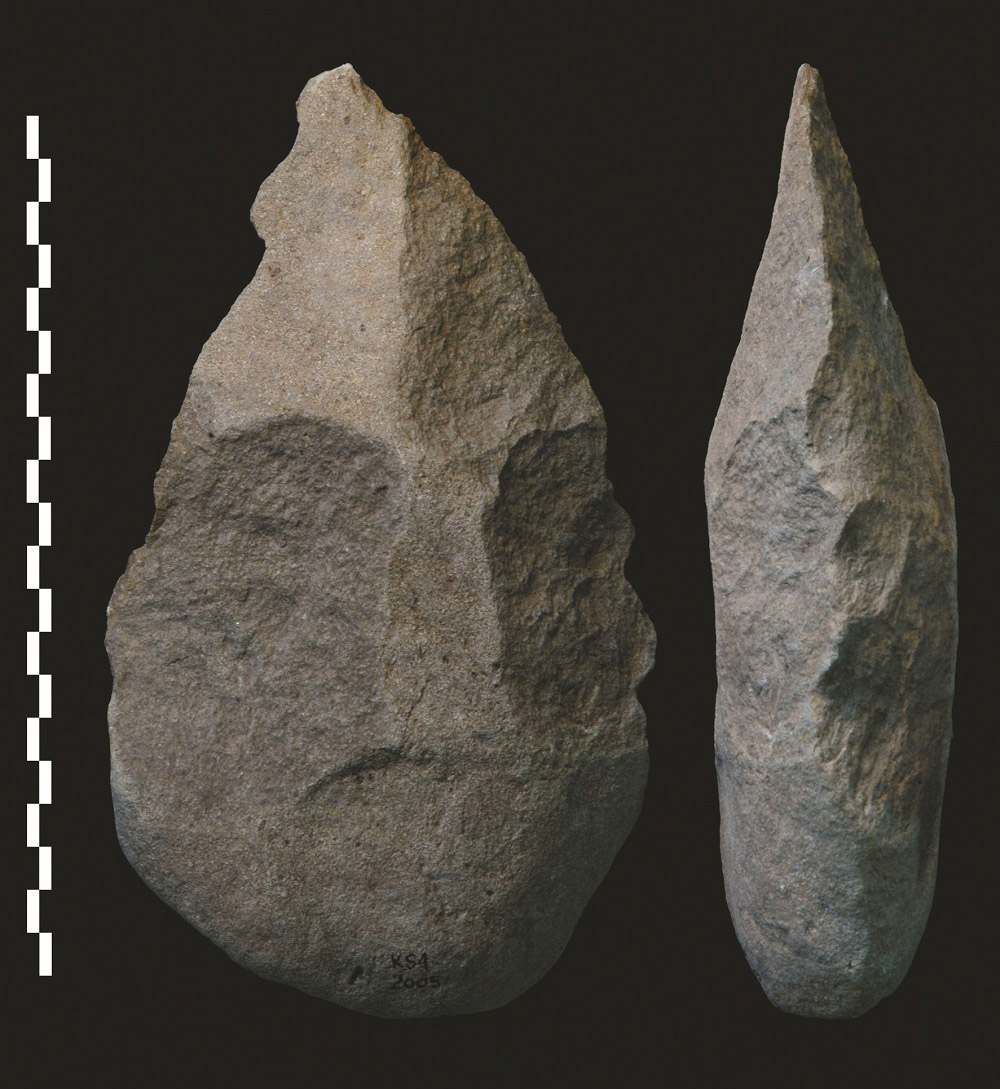 Tools May Have Been First Money

Hand axes and their secrets

Hand axes, small handheld stone tools used by ancient humans, could have served as the first commodity in the human world thanks to their durability and utility.

The axes may have been traded between human groups and would have served as a social cue to others, Mimi Lam, a researcher from the University of British Columbia, suggested in her talk at the American Association for the Advancement of Science annual meeting here on Feb. 18.

“The Acheulean hand ax was standardized and shaped, became exchanged in social networks and took on a symbolic meaning,” Lam said. “My suggestion was that hand axes were the first commodity: A marketable good or service that has value and is used as an item for exchange.”

“Humans are unique in their use of tools,” Lam said. “We make stone tools and the stones are durable and become part of our external environment.” These tools, she added, could have been passed down in family groups or traded with other ancient hominids. [10 Animals That Use Tools]

As humans became more intelligent, their tools become more symmetrical. “They became standardized as a result of social norms and also utility. Eventually, over time, hand axes were made special to set them apart,” Lam said. “There was a trend to distinguish these common tools that had a standard shape.”

Examples of hand axes from about 250,000 to 700,000 years ago contain some of these special properties, such as being made of pink rock or rock embedded with fossils. Ancient humans also made large axes that stood out from the crowd.

These tools also had a tremendous importance in the development of human social and cognitive intelligence. “Organisms can modify their ecological niche with tool use… and they can learn from the impacts of the construction activities on their environment,” Lam said. “This has been really important in the evolution of humans.”

Making tools takes a lot of brainpower, Lam said. The ancient humans “had to have a mental template or an idea of the tools they wished to fashion,” Lam said. They were able to understand how different tool shapes had different purposes. “That process is the feedback process between what you are doing and the effect you are having on your environment.”

Hand axes were so important to ancient humans that they developed as icons and symbols that are still used by society. These tools eventually transformed into being used as literal currency. The Chinese exchanged tools as money, which eventually turned into representations of tools, which were even featured on coins.