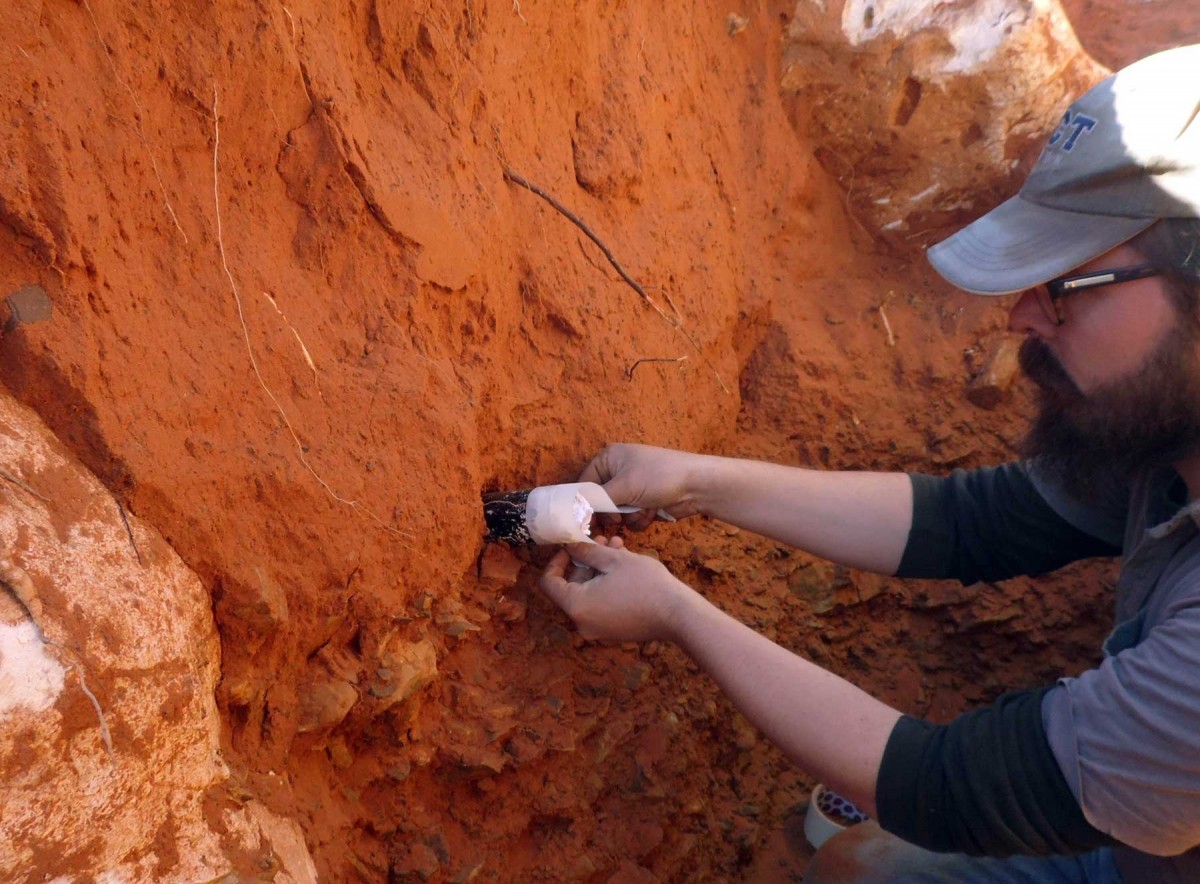 The archaeologists’ research on the Kathu Townlands site, one of the richest early prehistoric archaeological sites in South Africa, was published in the journal, PLOS ONE, on 24 July 2014. It is estimated that the site is between 700,000 and one million years old.

Steven James Walker from the Department of Archaeology at UCT, lead author of the journal paper, says: “The site is amazing and it is threatened. We’ve been working well with developers as well as the South African Heritage Resources Agency to preserve it, but the town of Kathu is rapidly expanding around the site. It might get cut off on all sides by development and this would be regrettable.”

Today, Kathu is a major iron mining centre. Walker adds that the fact that such an extensive prehistoric site is located in the middle of a zone of intensive development poses a unique challenge for archaeologists and developers to find strategies to work cooperatively.

The Kathu Townlands site is one component of a grouping of prehistoric sites known as the Kathu Complex. Other sites in the complex include Kathu Pan 1 which has produced fossils of animals such as elephants and hippos, as well as the earliest known evidence of tools used as spears from a level dated to half a million years ago.

Michael Chazan, Director of the Archaeology Centre at U of T, emphasizes the scientific challenge posed by the density of the traces of early human activity in this area.

“We need to imagine a landscape around Kathu that supported large populations of human ancestors, as well as large animals like hippos. All indications suggest that Kathu was much wetter, maybe more like the Okavango than the Kalahari. There is no question that the Kathu Complex presents unique opportunities to investigate the evolution of human ancestors in Southern Africa.”