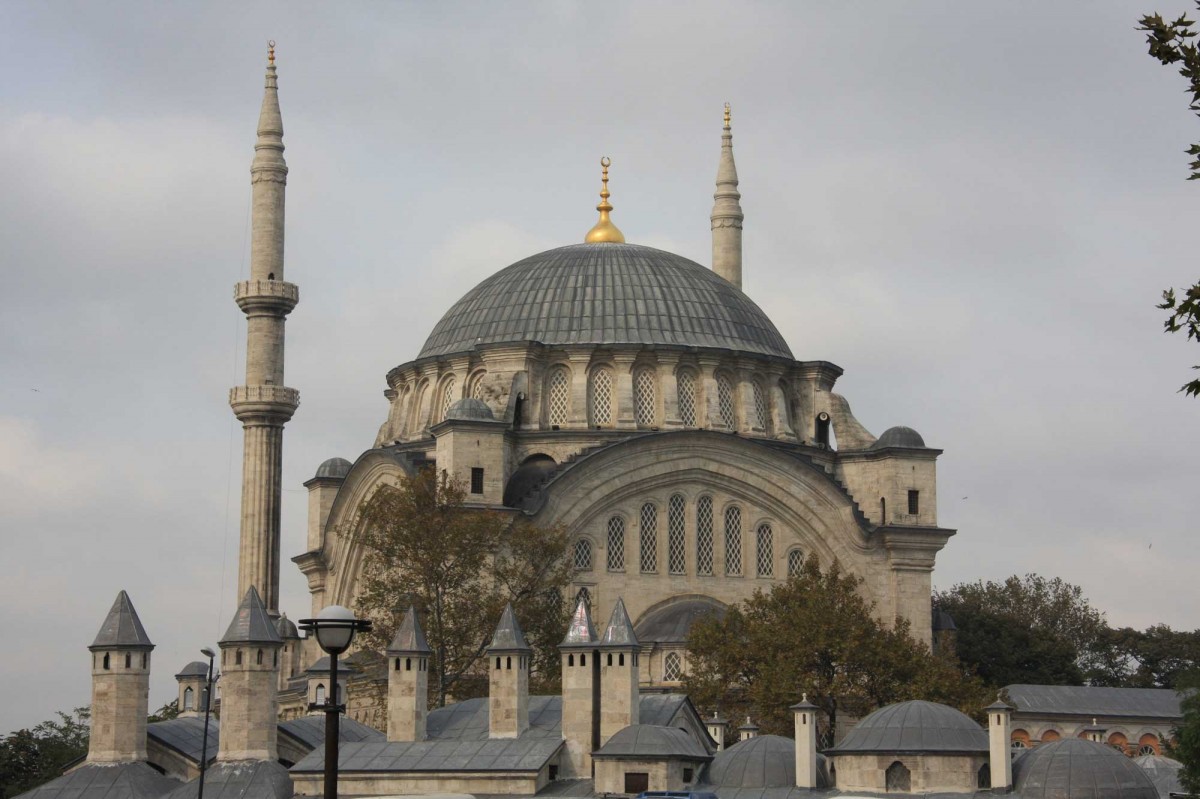 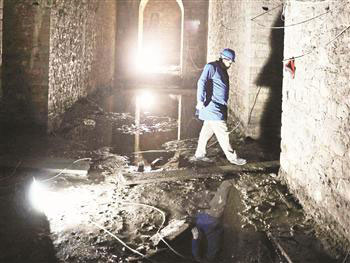 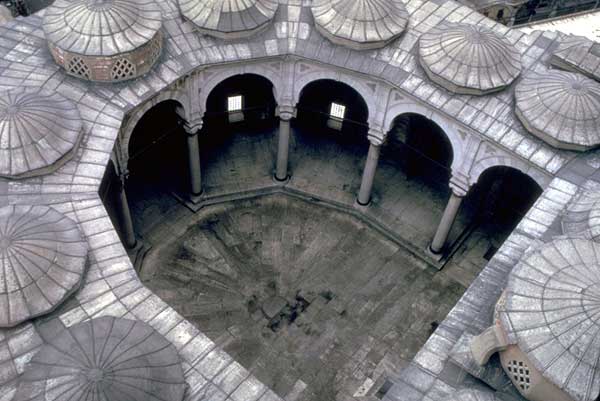 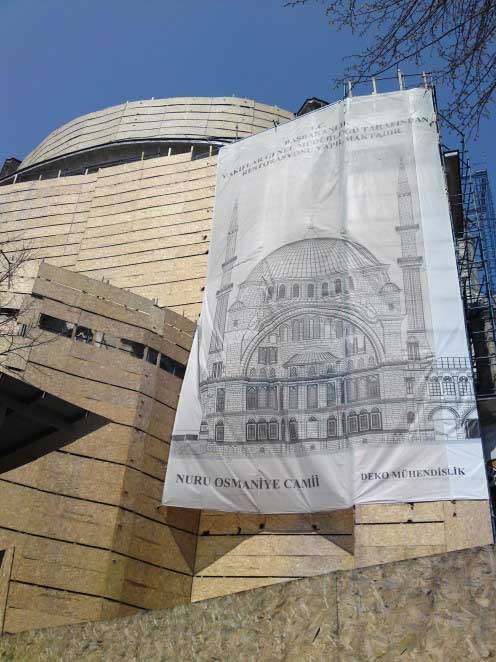 A 264 year-old water cistern has been discovered during the restoration of Istanbul’s Nuruosmaniye Mosque, the 18-meter long cistern was built between the mosque and its foundation in order to drain rain water.

The General Directorate of Foundations is carrying out the restoration works in the mosque, and speaking to the Anatolia news agency, the Foundations Istanbul Provincial Director İbrahim Özekinci said the construction of the mosque began in 1748 at the time of Sultan Mahmud I, and was finished seven years later at the time of the Osman III.

It is one of first mosques built in the baroque style, Özekinci said. During the restoration work, a magnificent 18 meter-long cistern was discovered, which was used to drain rain water between the mosque and its foundation. The cistern, which is entered through a small gate in the mosque’s courtyard, has magnificent architecture and ambience, according to Özekince.

He said that when the restoration started, the 264 year-old cistern was filled with earth and debris, adding: “We have removed tons of mud from the cistern. It is said that all debris and rubbish from the restoration of the Grand Bazaar was packed here. We cleared the area of all rubbish and the cistern came to light. This system in the basement of the mosque functioned to send waste water out of the mosque.”

The cistern will become a place to visit, said Özekinci, adding that the place could be used as a display area for Turkish and Ottoman artworks.