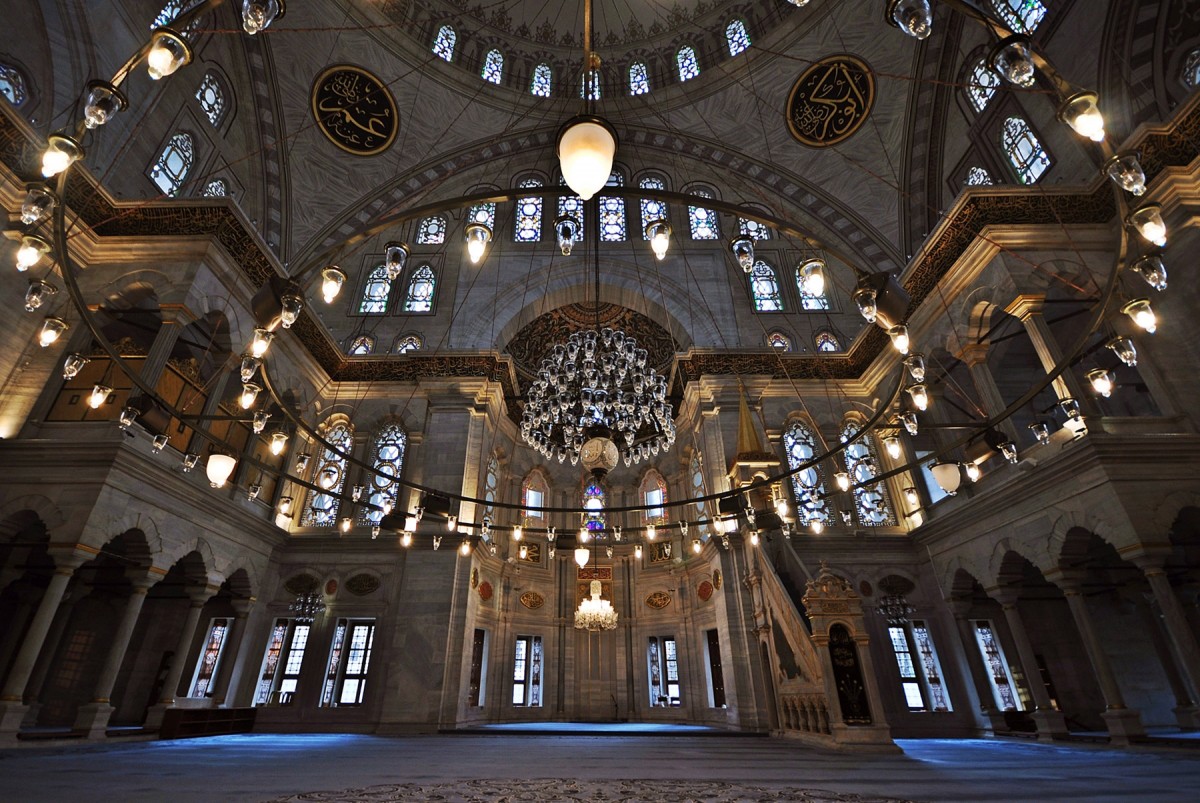 A still-active cistern has been discovered beneath Nuruosmaniye Mosque  next to the Grand Bazaar in Istanbul.

The 265-year-old cistern was found during renovations to the mosque, according to Foundations Istanbul Provincial Director İbrahim Özekinci.

“We removed 420 trucks’ worth of slime from the cistern. Then the magnificent gallery, cistern and water gauge became visible. The Ottomans used a modern system according to contemporary earthquake regulations. This cistern is really a magnificent one, it is very special. All waters from the surrounding gather here. There is also a well under this cistern. After cleaning the mud, we saw that the system was still working,” he said.

Restoration work on the cistern is nearing completion, and the structure is expected to open to visits within the year. Özekinci reminded that the construction of the Nuruosmaniye Mosque, which is located on one of the seven hills of Istanbul, started in 1748 during the reign of Mahmud I but that the construction was completed in the term of Osman III. “This is why the mosque is called Nuruosmaniye.”He said the mosque depicted the transition in architecture from the classical Ottoman style to baroque with its 174 windows.

Özekinci said the mosque was very dirty before the restoration and that its wooden portions had been completely ruined.

Works to finish in a year

Özekinci said the cistern was very important in terms of the history of art and that it would be more visible after more restoration work.

“The structure includes nearly 19 sections over an area of 2,242 square meters. There are small rooms, galleries and niches. We have one more year to finish it,” Özekinci said.

He also said they had so far spent 17 million Turkish Liras and that the total cost would reach 20 million liras.

Özekinci also said they had conducted talks with the Scientific Council to turn the cistern into a museum. “We will decide on this after the restoration. But at least we can enable people to visit here by inserting steel platforms. The cistern is already active.”